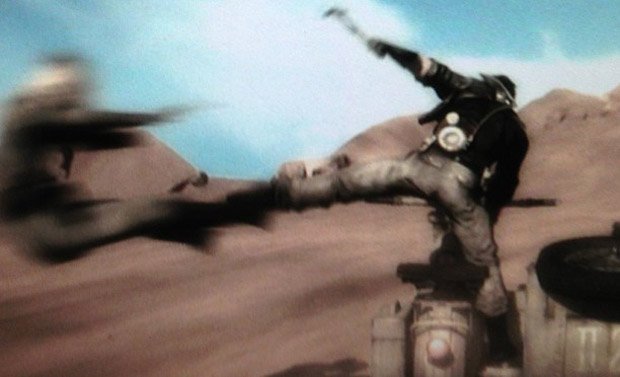 Kicking confirmed for next Avalanche game

Avalanche Studios founder Christofer Sundberg shared a rather fun tweet today: “We’re making awesome games at #avalanchestudios! This year will be awesome! #yearoftheavalanche” — which is all well and good, but he also included the image above.

Is that Just Cause 3? The outfit of the main character seems fitting, though it’s hard to say for sure. It’s been suggested by Superannuation (with evidence, as always) that two next-gen games are currently in production at Avalanche: a “sandbox action game” that’s likely the new Just Cause, and the studio’s “first license game,” possibly Mad Max.

Either way, we win. The real question is this: Just what the hell is he holding in the screenshot?