The Legend of Zelda: Twilight Princess is home to perhaps the greatest boss fights in all the series. Argorok, Fyrus, Blizzeta are stand-outs, but it’s the battle against Stallord that is an absolute jaw dropper. A roller-coaster ride of skeleton smashing action, the fight is one of the best examples of a boss built entirely around a single Zelda item. In this case, the spinner, which is amazing in the fight but utterly pointless for the rest of the game. It’s not the first item to have limited implementation in a Zelda game with the raft from the original being the most obvious example.

I only bring up the spinner because I’ve spent the past few days trying to wrap up as much of Hyrule Warriors as I can before I finally move onto a new Musou and the spinner is the weapon I’m leveling up right now. It got me thinking of all the silly or dumb useless items that find their way into a game. Whether it’s the puny gun developers tie to an achievement so you have to use it, or some trinket you carry for no reason at all, there is a lot of impractical items in gaming and I asked the Destructoid contributors to tell us their favorites. 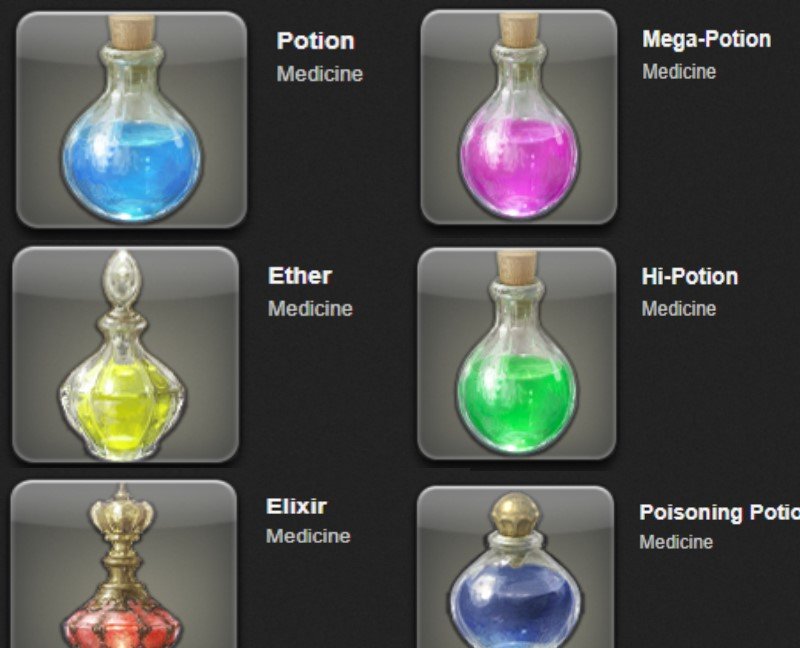 Healing is usually considered an incredible commodity in games. We all make mistakes, and we all want second chances. Most of the time, healing items give us wiggle room to learn the obstacles we face, or theoretically cheese the most frustrating of them. But somehow, in JRPGs, they tend to become one of the weirdest types of useless, especially if their healing uses fixed numbers instead of percentages.

At first, JRPG healing items are seen as an invaluable resource, like they are everywhere else. The issue is that I don’t want to rely on them because these games are typically built around the expectation that I must keep taking damage, especially in turn based games. I don’t want to use limited resources and save my game after a victory only to learn I needed them later. But I still have other options, such as improving my stats to take less damage or acquiring my own healing abilities. Consumable healing items become seen as a crutch of sorts, so I keep hoarding them until I truly need them. But I’m expected to consume them, so I keep collecting them. And more of them. And even more of them!

By the time I reach endgame, I probably have 98 Hi-Potions I never used, and I’ll have leveled up so much that enemies deal enough damage to undo the healing done by three of them. I can still use only one per turn. There’s no point in using them during battle. Maybe if I chugged them down after battle, I might find some worth out of them, but will I even remember they’re in my inventory? Even the mighty Megalixer is prone to be unused by a similar logic, neglected out of fear that there will be a better time to use it. 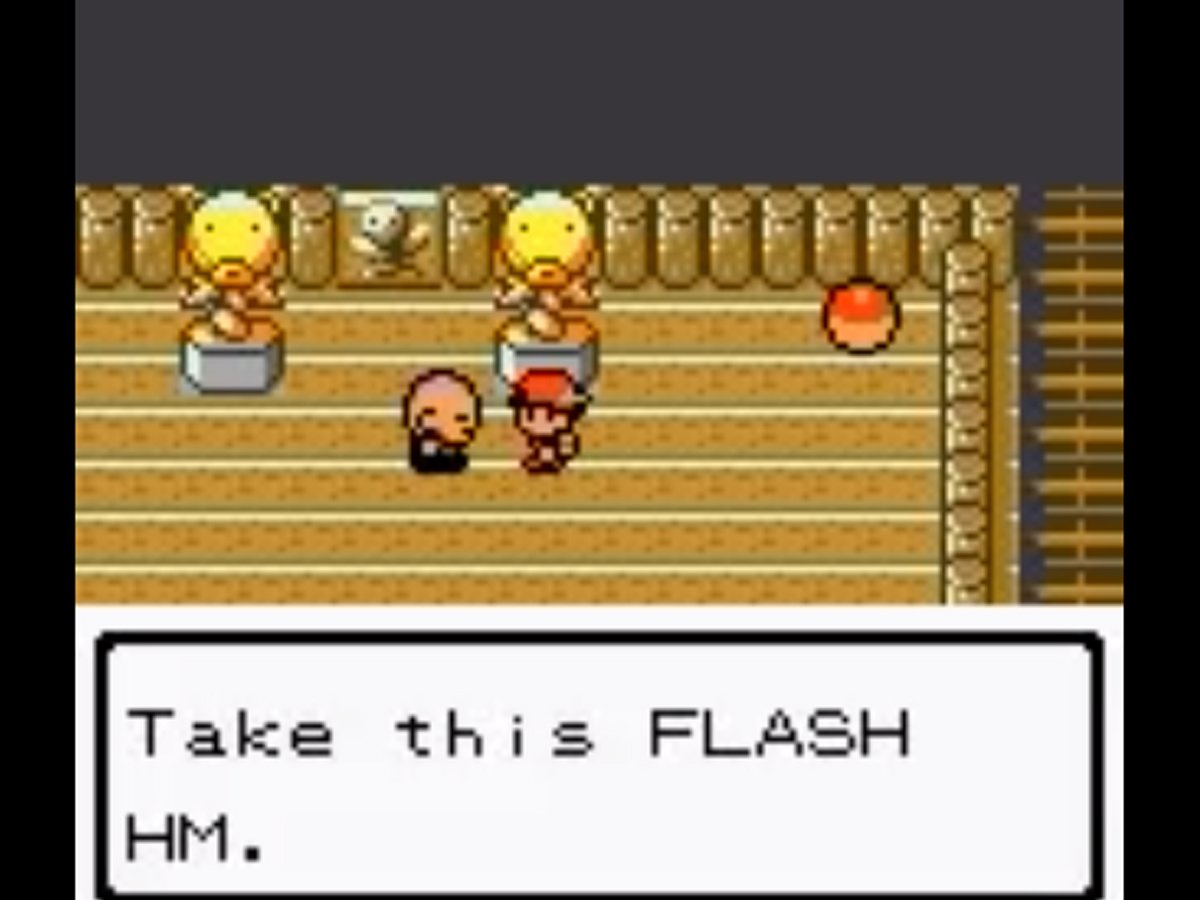 While the Pokémon series is universally loved, there is one mechanic in them that I honestly don’t think anybody likes: HMs. Having to bring a Pokémon with you just to traverse the overworld has always been a chore, and no tears were shed when Sun and Moon did away with them entirely.

However, not all HMs are created equal. Surf is an actually great move that almost every Water-type Pokémon should learn, and Waterfall is a solid substitute for those few Attack-heavy Water Pokémon like Gyarados. Rock Smash is usually one of the first Fighting-type moves you come across, and even Cut and Strength are okay attacks for where you acquire them in the games.

And then there’s Flash.
Why is Flash a thing?

Technically, you never need Flash in any of the games in the series. Every dark cave can in fact be explored without lighting it up. But unless you want to spend hours bumping your head against the walls while being mobbed by Zubats until you finally stumble upon the exit, you’re going to want Flash to light your way.

Great. Now you’re going to have to teach Flash to one of your Pokémon, who will instantly be relegated to the losers bench. In-battle, all Flash does is lower the opponent’s accuracy by one stage. You know what also does that? Fucking Sand-Attack. Outside of battle, there are only about two dark caves in every game, and as mentioned you could do them without Flash if you were persistent (read: patient) enough. And of course, you can’t easily remove Flash from whatever poor monster you stuck it on. In the very first game, you can’t remove it at all.
Just…great.

Very near useless at the best of times but mostly a straight detriment to whatever Pokémon you decide to give it to, Flash should not exist. 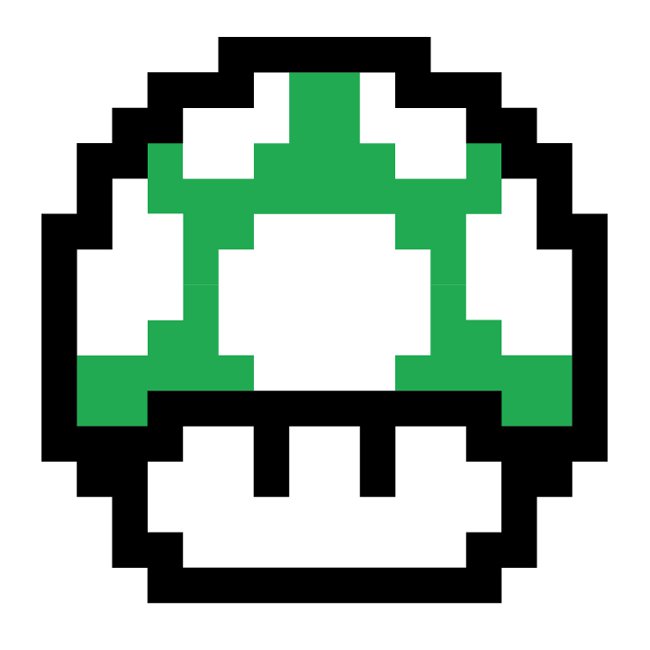 1-Ups, extra lives, another guy; whatever you want to call them, they are now pretty god damned worthless. While these power-ups used to serve a purpose in the arcade glory days, as gaming evolved and shifted into an era of save slots and checkpoints, the 1-Up became pretty pointless.

Even with Mario Odyssey finally ditching them, they haven’t made sense for Nintendo’s plucky plumber since Super Mario World. Nintendo has been giving them out like candy in each game following the SNES classic. Even if they didn’t, what purpose do these pickups actually serve? When you get a game over and have to restart the entire game, it mostly acts as punishment for sucking more than anything. 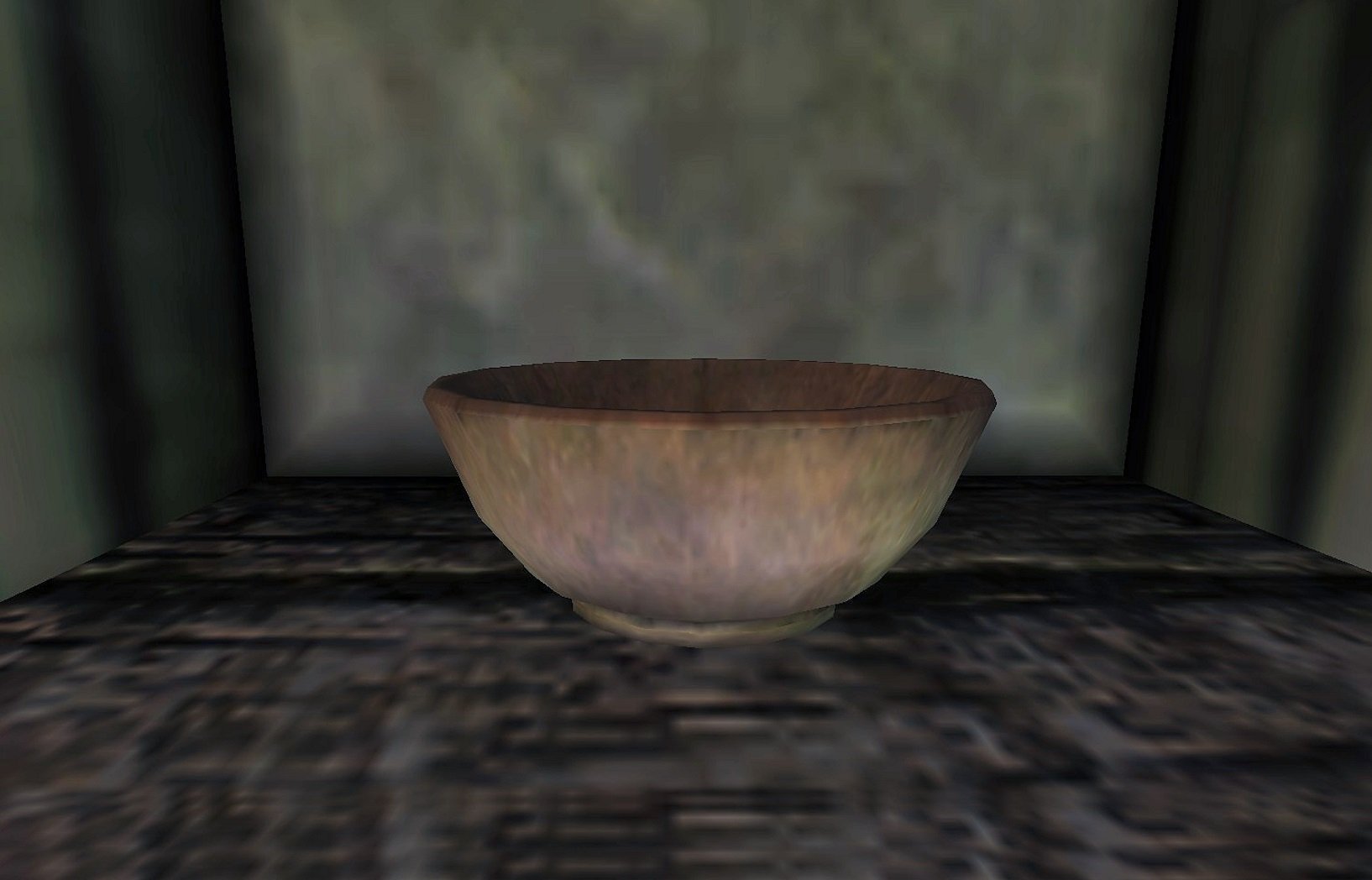 It isn’t one particular item that comes to mind when I think of useless trinkets in video games, but the series most famous for being chock-full of utterly useless garbage, The Elder Scrolls.

Be it a bowl, vase, or a bunch of cabbage there’s little you can’t pick up in the world of The Elder Scrolls. Sure, you can eat most of the food items, but why am I carrying all of these damn plates? Simply because I feel like it, or maybe I just want to fill my Argonian neighbor’s house with them. 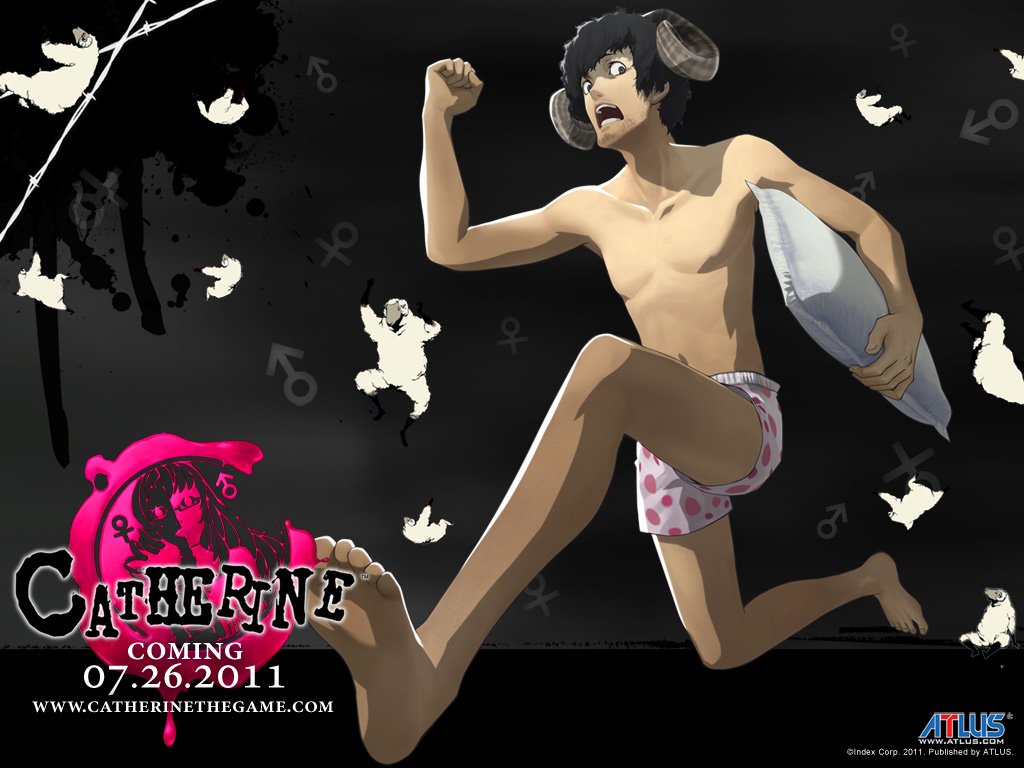 I spent more time in Catherine hoarding pillows than doing anything else. You will die lots climbing the tower, and there are lots of levels with easy routes to more than one pillow. Result: 99 lives faster than you can say “succubus adultery”. 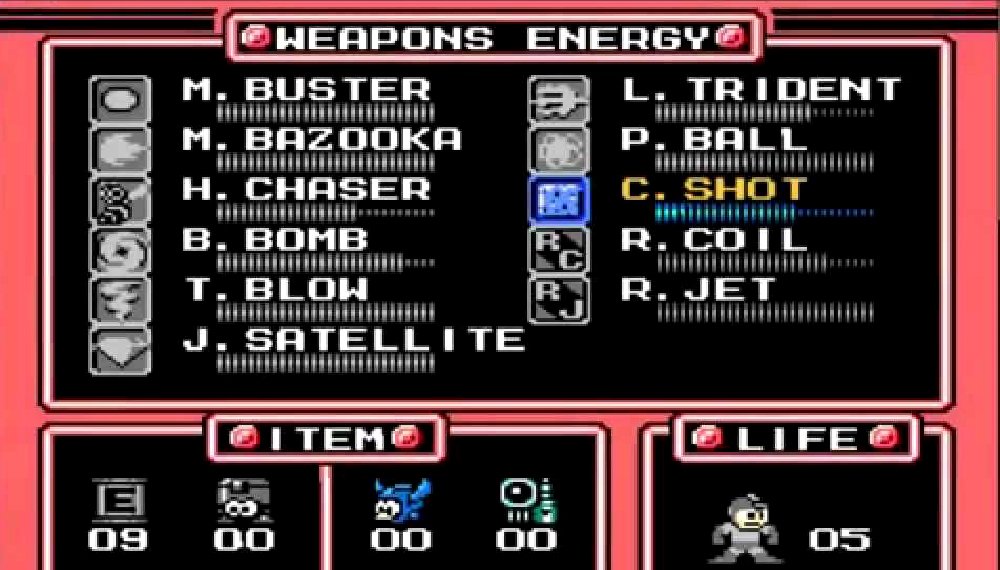 Mega Man’s C. Shot, something he comes to possess in his ninth game, is totally anti-climactic. It’s not a laser, or a saw blade, or anything tough and cool like that. It’s just a blob of white goo that plops out of his buster. That wouldn’t be so bad if it was powerful, but it only works on super weak enemies or powerful foes that have already been worked down to nearly nothing.

The one cool thing about the weapon is that it hardens enemies fast, allowing you to jump on them. Even then, it’s usually not worth the energy it takes to get them there, as they evaporate into thin air shortly afterward, leaving you without any potential health items or ammunition. Instead, you’re just left feeling spent. Even worse, you’ll only have a second or two to enjoy the satisfying sight of seeing them stuck there spackled before you. Then, poof, it’s all over. 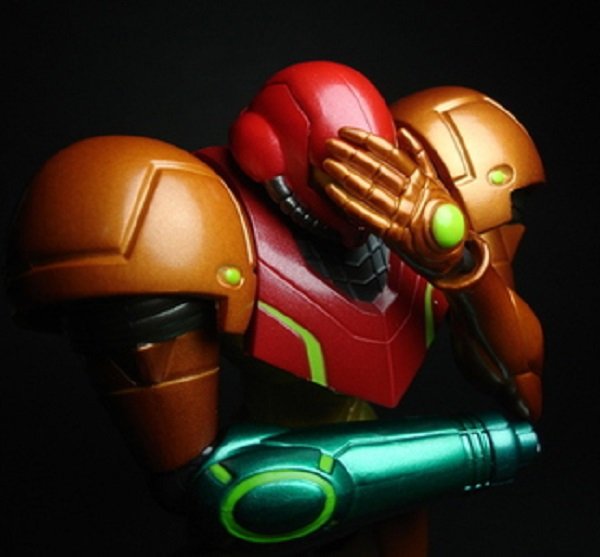 Metroid Zero Mission is my favorite remake of all time. It took the NES classic and tuned it up to Super Metroid’s level while adding some events that were previously off-the-record.

It also has the dumbest Chozo relic in the whole series — the Power Grip. It even has its own special shrine.

Samus is an intergalactic bounty hunter trained by the Chozo to be a warrior. When they took her in as an orphan, they infused her with Chozo DNA to survive the harsh environment on the planet Zebes. She grew strong, became capable of great acrobatic feats and mastered the ways of combat.

But the ability to grab a ledge and pull yourself up on it? That requires her to access a Chozo relic.

I’m sorry, but grabbing the side of a platform and trying to get on top of it is something people just do, especially when they’re young. Kids just climb shit. This isn’t a power.

Thankfully, Metroid Fusion and Samus Returns just have this ledge grab as a default ability — because that’s what it is. 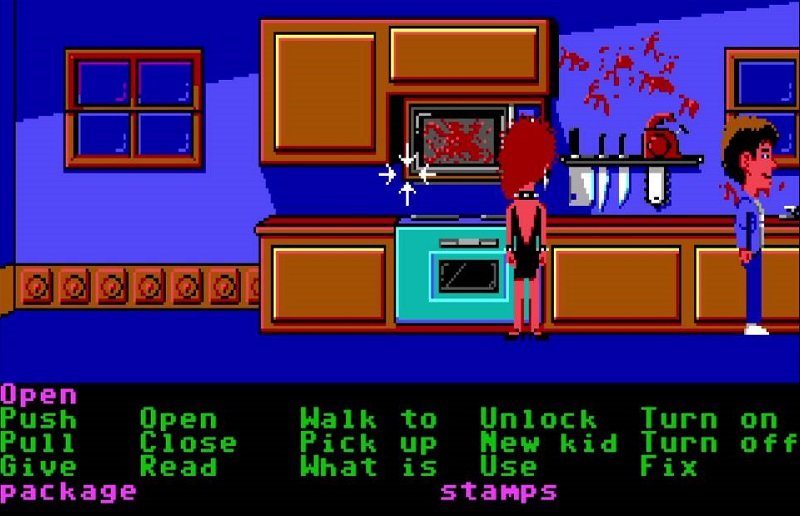 Lucasarts’ popular point-and-click SCUMM titles are notorious for their Easter eggs, in-jokes, and red herrings, but none is more memorable to me than the Chainsaw in the game that started it all, Maniac Mansion.

In the kitchen of the creepy homestead, players can find and pick up a chainsaw, hooked on a rack of utensils spattered with blood. Trying to activate the tool reveals that it needs fuel before it can be started. Thus, 80s kids spent the game digging around for the elusive fuel, the one item lying between them Leatherface-themed mayhem. After all, it’s a horror game and you’re carrying a chainsaw, right?

Crack is, there is no fuel to be found. Despite the bloodstains on the wall, the game’s gross elements (exploding hamsters, anyone?) and the player’s constant need to defend themselves against rampaging tentacles and family members, the chainsaw cannot be fueled, cannot be started, cannot be used. But Lucasarts ain’t gonna tell you that.

Then, in one final amusing punchline, the second game in the SCUMM series, Zak McKracken and the Alien Mindbenders, the player can find a can of fuel “For Chainsaws Only” yet there is no chainsaw to be found, anywhere.