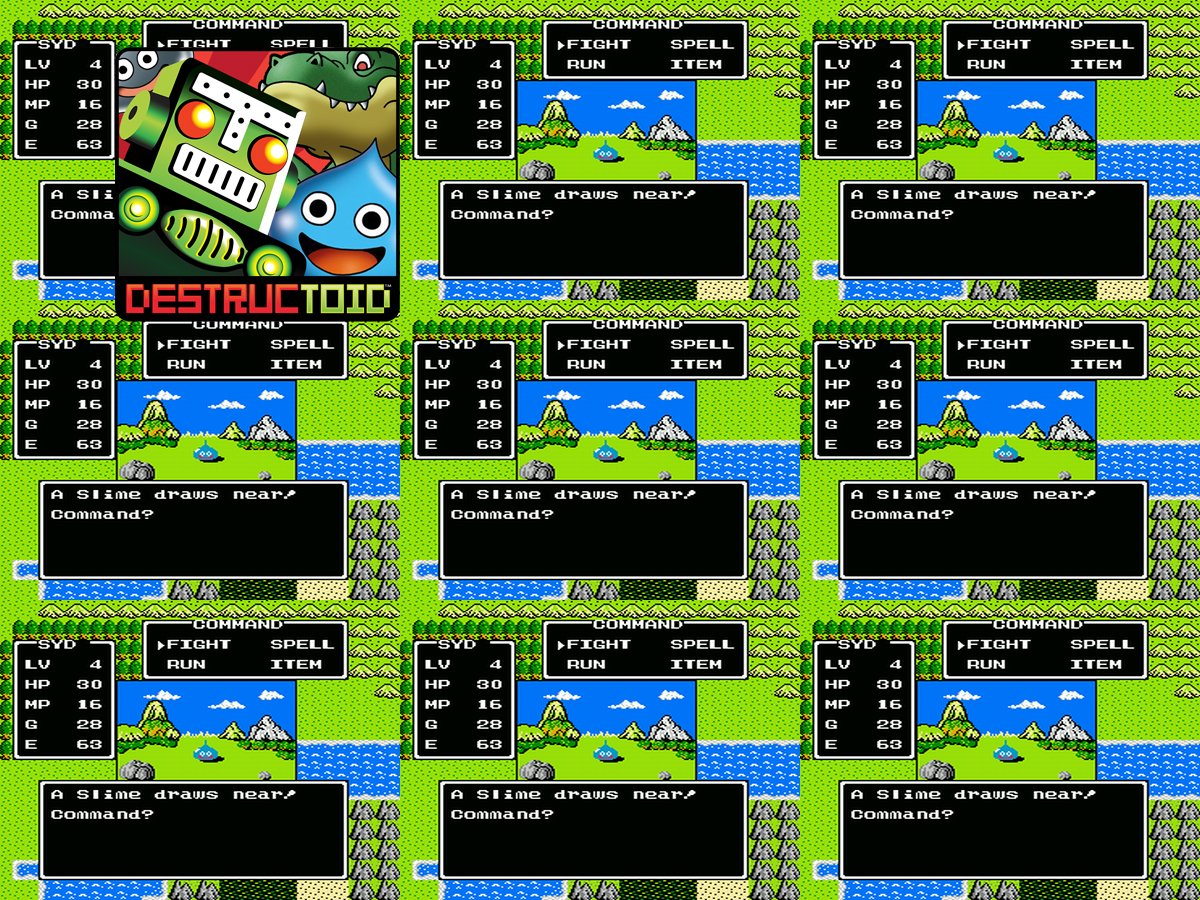 All signs point to no

The Dragon Quest series is as popular as it is for a variety of reasons. Its dedication to tradition, impeccable artwork by Akira Toriyama, and an amazing soundtrack by Koichi Sugiyama combined for an experience that was unlike anything else in the era. Though the overworld sprites were nothing spectacular, it’s the details of the enemies in battle that really allowed the personality of the game to shine through. Toriyama used all the tools at his disposal to create an incredibly unique army of baddies that today remain some of the most recognizable in the industry. And there is no Dragon Quest enemy more familiar than the Slime.

The first time I saw a Slime I thought it looked like a blueberry Hershey’s Kiss. The character’s design was inspired by Wizardry, one of the early Western RPGs that influenced a great deal of what we know as Dragon Quest. The intent of the creature was to ease players into the RPG system with an enemy it was near impossible to lose to.

The Slime isn’t as aggressive as enemies encountered in later parts of the game. In fact, it really doesn’t attack. It draws near. You really can’t hate a creature that doesn’t come at you full blast but instead sidles up next to you for a quick and prompt beating. Slimes are the dodo birds of the Dragon Quest universe; expect it’s impossible to make these things go extinct.

Since that very first encounter, the Slime has become an international icon. It’s the mascot of the franchise, instantly recognizable by millions around the world, and the star of an absolutely wonderful spin-off called Rocket Slime. Plus, there’s that anecdote on how people in Japan will draw the Dragon Quest Slime if you ask any of them to just draw slime…which now that I think about it seems kind of leading. Either way, I don’t think any other punching bag in video gaming has catapulted itself into the limelight better than the Dragon Quest Slime. It truly is the iconic first enemy. 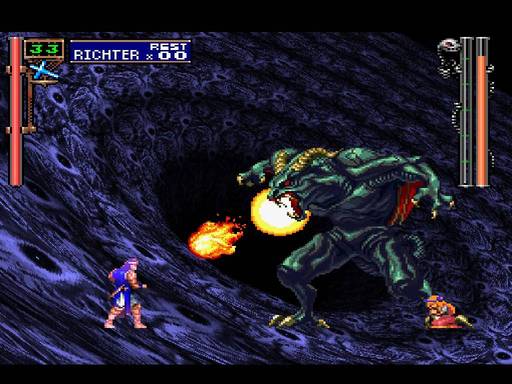 This one might be cheating a little, but the opening battle in Castlevania: Symphony of the Night is one of the greatest first enemies in any game. It starts the game off with a kick to the face that never lets up. The cheesy dialogue sets up a Shakespearean atmosphere that is combined with some truly outstanding music. The dramatic tunes ramp up in intensity until Dracula transforms and you start to believe you’re going to die.

Not only that but what the hell even was this kind of intro in 1997? Since when did video games start off with boss battles? Could you imagine a Mario game where you kill Bowser in the first minutes? It was a shock to the system that still sticks around because of how epic the sequence is. It also shows you how different Symphony of the Night is from traditional Castlevania games.

I know the trope has become old hat by now, but I still think about this scene from time to time. It left an impression on me even though I never played the game as a child. My first playthrough was in 2007 when the game released on Xbox Live Arcade and I thought it was just great. If that isn’t a testament to how stellar this first enemy is, I’m not sure what else could be. 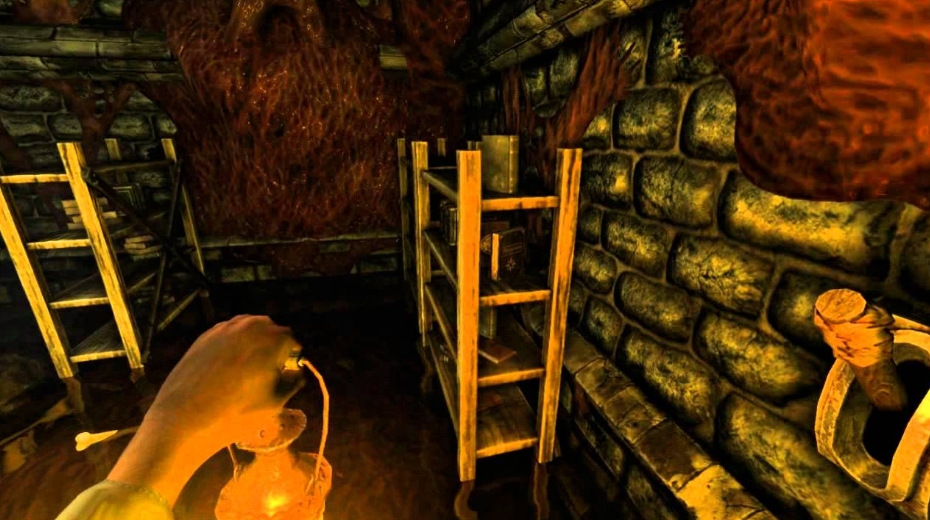 This one is as much a “level” as an “encounter” in the usual sense, but Amnesia: The Dark Descent‘s infamous “water level” (you know the one) is one of my all-time favorite single sequences in any game. In it, you’re stalked and chased by an invisible, invincible monster that navigates by the sound you make when you enter the water covering the floor. It’s super dark and you can only detect the monster by watching the ripples it makes when it moves.

The level design, combined with the game’s creepy atmosphere and the way the encounter forces you at times to just run for your frickin’ life really cement it in my memory. 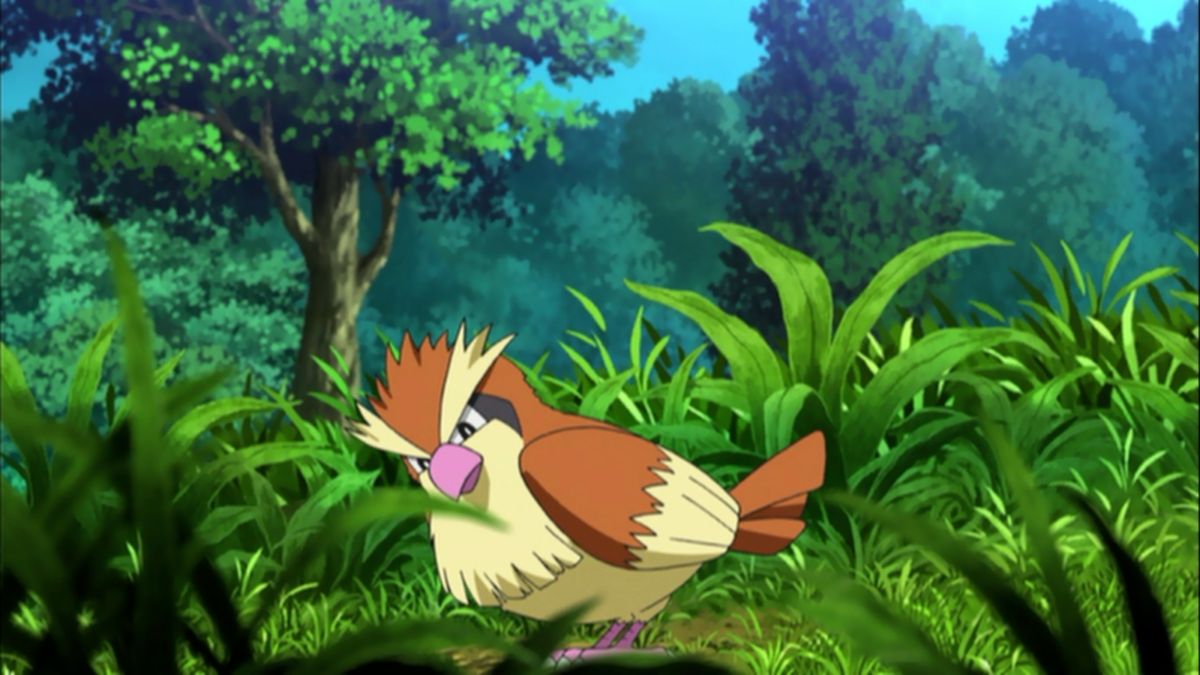 Everyone remembers the first time they played Pokémon. If you are an attractive person with correct opinions, like me, you started with Pokémon Red way back when. You skipped through most of the text, you picked Bulbasaur, you beat up your rival named ASSWIPE, and finally, you set out on your grand adventure.

At last, you could enter the tall grass and go see the world. As you take your first steps, you encounter your very first wild Pokémon.
…
A Pidgey.

We like to joke about it nowadays, but back in the day, this was a big deal. Sure, Pidgey are up there with Zubat, Tentacool, and Rattata as far as annoyingly common Pokémon go, but that wasn’t the point. This was the first time you and your new Poké-buddy were confronted with the world out there. By the time you finally get some Pokéballs, the first thing you do is go back to Route 1 to catch one of your own, and it was the best feeling. Nobody gave this Pidgey to you: you caught it yourself. And if you can do that, then surely you can do the same for all the other Pokémon that you’re bound to come across.

Pidgey was your first step towards that illustrious 151. Even if you never used it, even if you defeated the Elite Four with a team of all legendaries, even if you come across a thousand other Pidgey throughout your journey, one thing will always remain true: that first Pidgey was still a milestone.

The first Goomba in Super Mario Bros. is the Helen of Troy of video games. He’s the face that launched a thousand Italian Plumbers into the air and on to war against an army of mildly aggressive turtles.

This unassuming little mushroom man offers no introduction on instruction. He could be a friend, a power-up, or a harmless were-fungus for all Mario knows, but first-time players will soon find that he can kill at will. That will cause them to fear the Goomba on their second life, likely inspiring their first terrifying jump. Its a jump could lead them to spring to safety, to hit a block and reveal a Super Mushroom, to bump into the Goomba again and die anyway, or maybe even land on its head for a real surprise.

Discovering that supremely satisfying “pop” sound and Mario’s act of murder (unless you count killing giant sentient flames with a hammer or ridding the sewers of various varmints like turtles and crabs as assassinations) for the first time is like none other in the world of gaming. Sephzilla wrote more about it here if you’re in the mood for an even more impassioned take on this iconic moment. 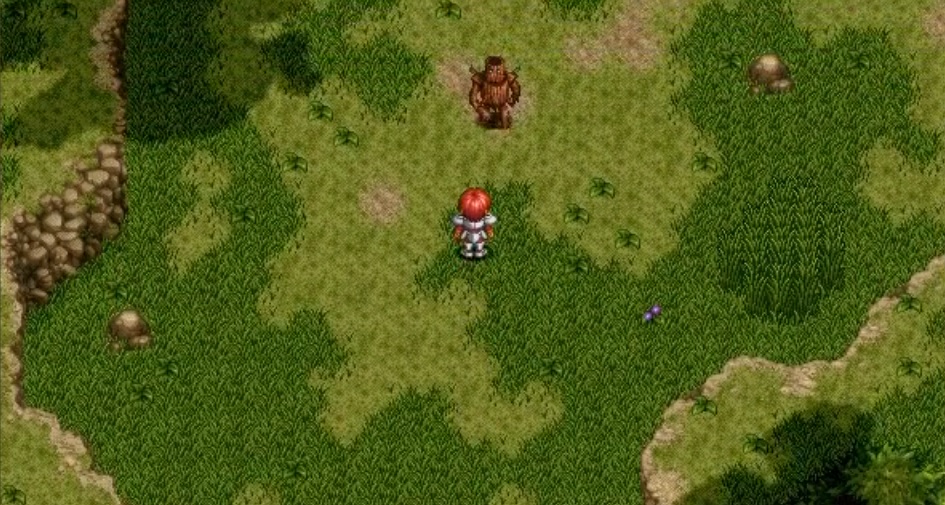 When it comes to encountering the first enemy in a video game, it’s important for it to set the foundation for the rest of the adventure. If it teaches the player a lesson, then the moment will stick with them for the rest of their lives. One adversary that taught me these essentials is the Oakrot from Ys I: Ancient Ys Vanished.

Even though my experience is through the remake in Ys I & II Chronicles+, the feeling should be the same in the other versions. The intriguing thing about this confrontation is that it’s your first exposure to the title’s Bump System. I spent a couple of minutes trying to defeat the wooden golem, but I failed each time. Eventually, I realized that my failure was due to the hero Adol Christin starting off unarmed. Sure, I was able to kill it in one of my attempts, but it wasn’t easy. If you go down this path, then the adversary’s purpose is to have you understand the way how the angles work when you ram into a living target. That way, you’re always dealing damage when you touch someone, instead of losing health while your target lives.

Because of this trial, I learned to adapt to the action RPG’s mechanic and it helped me destroy things when I obtained my first weapon. Come to think of it, its goal might’ve been to cause fear to the person so they can focus on reaching the next town. Mind you, there is a trick that can give you a free weapon before you see this foe, which can make this segment easier than using your fists. Since I got to try both methods in two separate playthroughs, I found it neat how Nihon Falcom created a situation where your view on the starting foe is based on your actions before the confrontation.

Most importantly, it helped me begin my quest to play a majority of the English Falcom releases. Seeing that they became part of my top ten favorite companies, I made the right choice in pursuing this path. At the same time, they’re one of the factors that helped my love for Japanese role-playing titles remain the same as when I first started to appreciate the genre.

Now those are all some classic first encounters and also whatever Josh wrote about, but surely our community has a dozen or so more we missed.