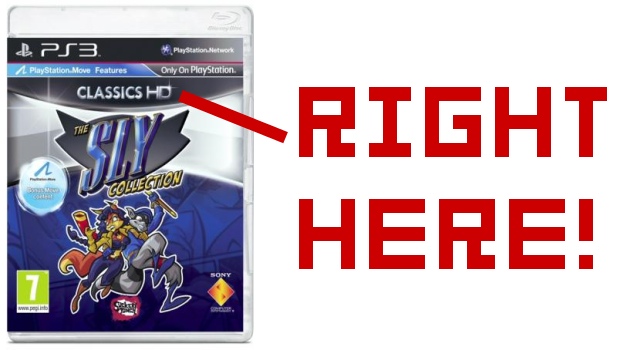 Eagle eyed Europeans have been scoping out the box art for the upcoming The Sly Collection. a compilation of the three Sly Cooper games with HD and Move controls added, and they’ve spotted something rather interesting. The box art definitely labels the game as part of a “Classics HD” series. OK, so you didn’t have to be that eagle eyed to notice that, but it does raise the question of what the hell “Classic HD” is since Sony has never mentioned it.

Using our vast ability to assume the blatantly obvious, we here at Destructoid have assumed rather obviously that it is indeed Sony’s new label for releasing PS2 games in HD on the PS3. While it’s nice that they are putting a label on it and all, what this really points to is Sony making a habit of turning classics into HD masterpieces on the PS3.

I shouldn’t have to tell you why that is really exciting.