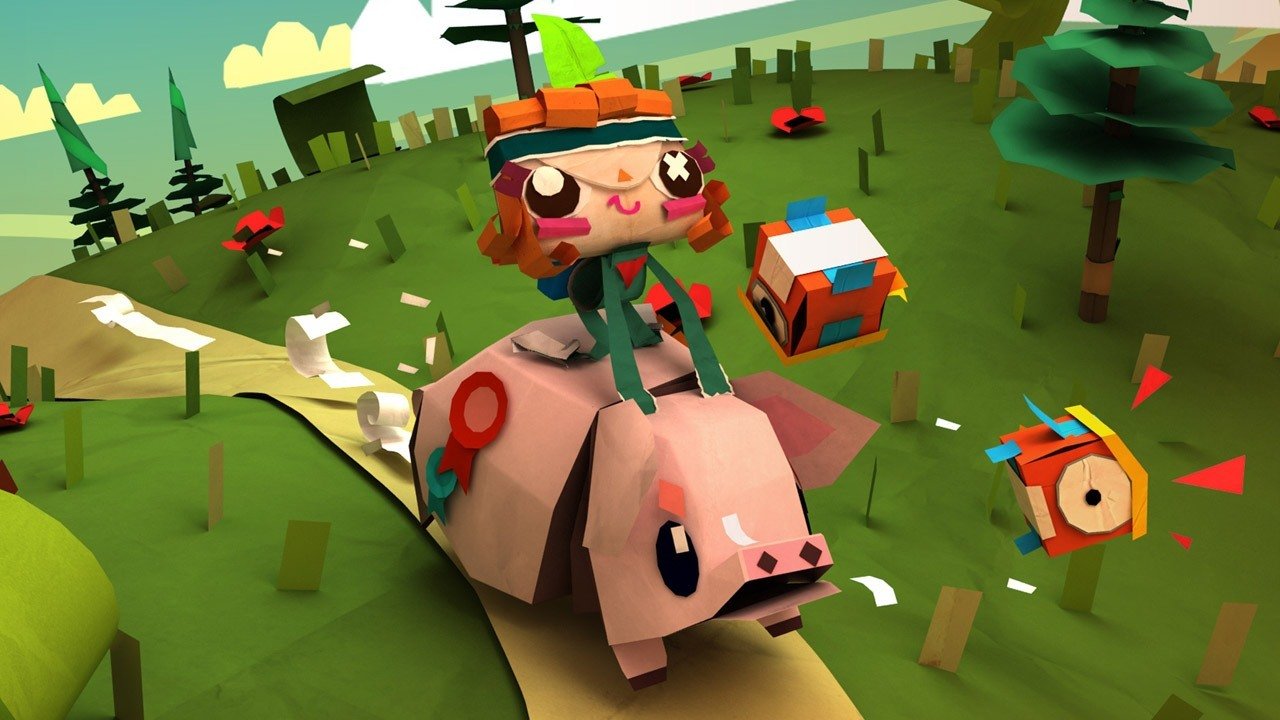 Answer: probably, but we can do plenty to delay its demise

Earlier this week, EA announced that Visceral Games, the studio responsible for a new Star Wars game under Amy Hennig, was being shut down with immediate effect. This led to a lot of speculation as to whether this was the end for the fully single-player experience. There was speculation over whether this was greed on the part of EA, whether the consumer is at fault for not supporting one of the oldest formats of gaming, or whether other factors were at play.

Setting aside the fact that we can’t extrapolate from one studio shutdown that an entire genre is doomed, single-player games are clearly less popular than they were 20 years ago, if you take a look at the different formats of gaming that are available nowadays. In past times, many people simply couldn’t play multiplayer games, even if they wanted to, because the neighbour’s kid had to go to their dad’s at the weekend, or their siblings were too young to “get” how a controller worked. Now, servers full of opponents from around the continent, or even around the world, are available for bouts 24/7, and the vast majority of people have a good enough internet connection to support this (ahem, excluding myself).

This alone shouldn’t mean that single-player games are dead in the water, though. There are enough people who yearn for simple, old-style Resident Evil games, or JRPGs that can only have a multiplayer experience forcefully tacked onto them. However, there are enough further problems with single-player games, beyond sheer popularity, that they are in grave danger, if both studios and consumers don’t go out of their way to support the format. So, what can we do to keep the games of our childhood going? A few things, probably. 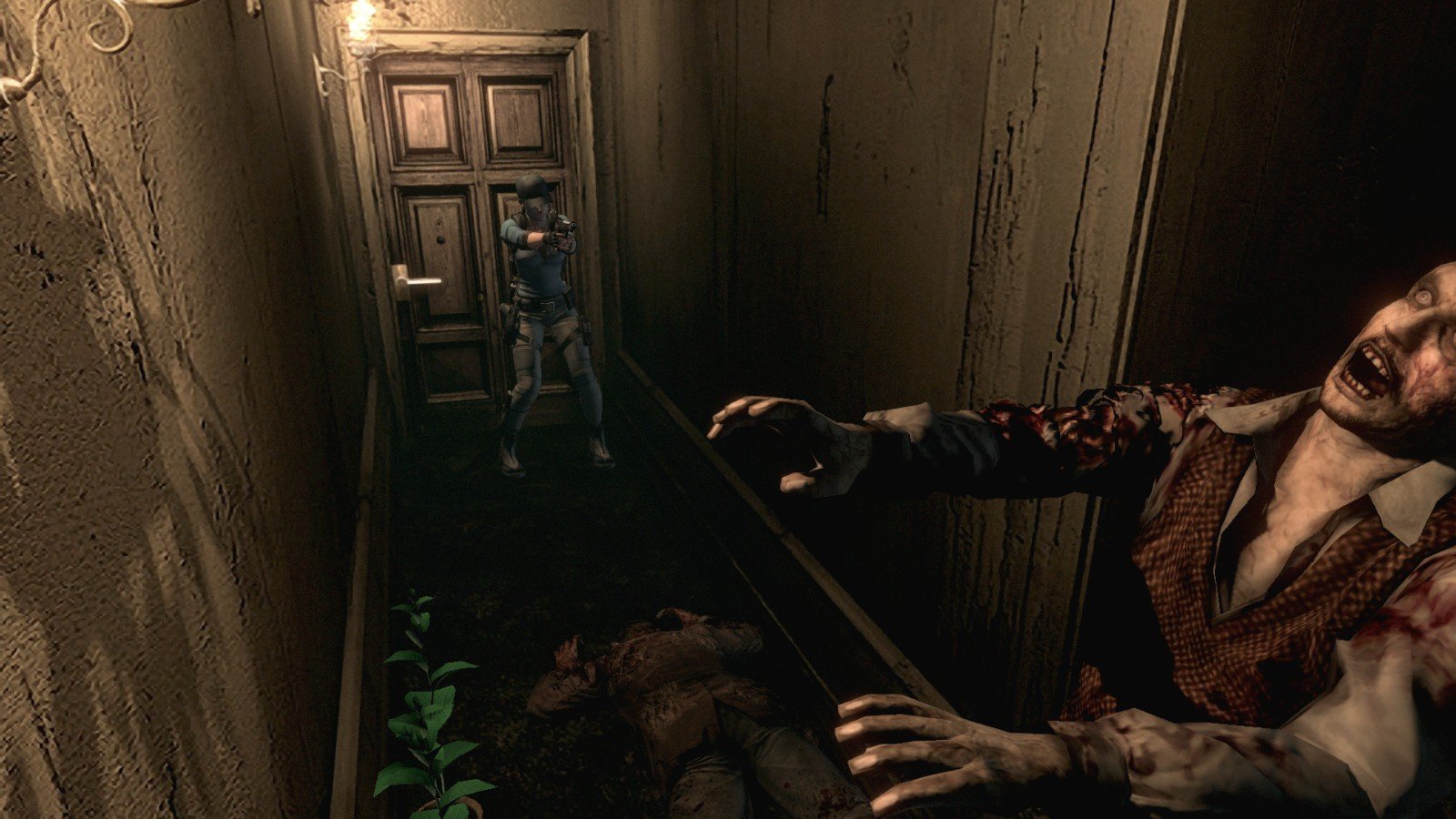 Isn’t this down to studio greed?

It’s certainly the case that in the past, studios have made what seem to be irresponsible or even completely bonkers decisions with their cash. The process of creating FFXV dragged on for years; games have been released unfinished due to a mix of studio impatience and maverick creativity spiraling out of control. Projects that should have been studio-backed have been exiled to Kickstarters. But what level of incompetence can a studio get away with?

For big studios like Sony, there are limits, they have shareholders and auditors to please, after all. Even smaller studios have to keep their investors happy, or the plug could be pulled quite unceremoniously and suddenly. So, if entire genres are failing, it won’t solve anything to look just at the studios, since they can’t, realistically, all be cultivating Scrooge McDuck-style mountains of money. The consumer-studio relationship, and the actions of the consumers themselves, also need to be put under the microscope. 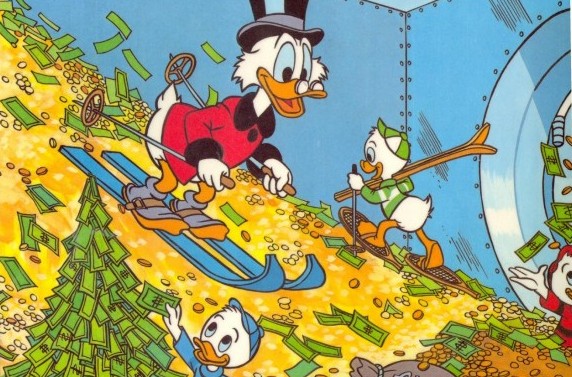 What are multiplayer games getting right?

Aside from the sheer numbers of people playing series like World of Warcraft, Call of Duty and Overwatch, massively-multiplayer and even local multiplayer games (to a lesser extent) have built their model in a financially clever way. While microtransactions always make customers grit their teeth and clench their fists, they generally garner a little bit more acceptance than in single-player games; they give you an added edge over other people, not over the game itself.

Furthermore, the Blizzard model is absolutely genius in that they can keep a single game going for decades through cost-effective, high-quality storyline top-ups and new characters. On the other hand, the traditional model for single player games was that they got released, and that was that: back to the drawing board to create a fresh game afterwards. Even if it was a sequel that they went on to make next, there had to be new assets, new plotlines and even new characters, or the fandom would cry foul. And starting more-or-less from scratch costs a lot of money. 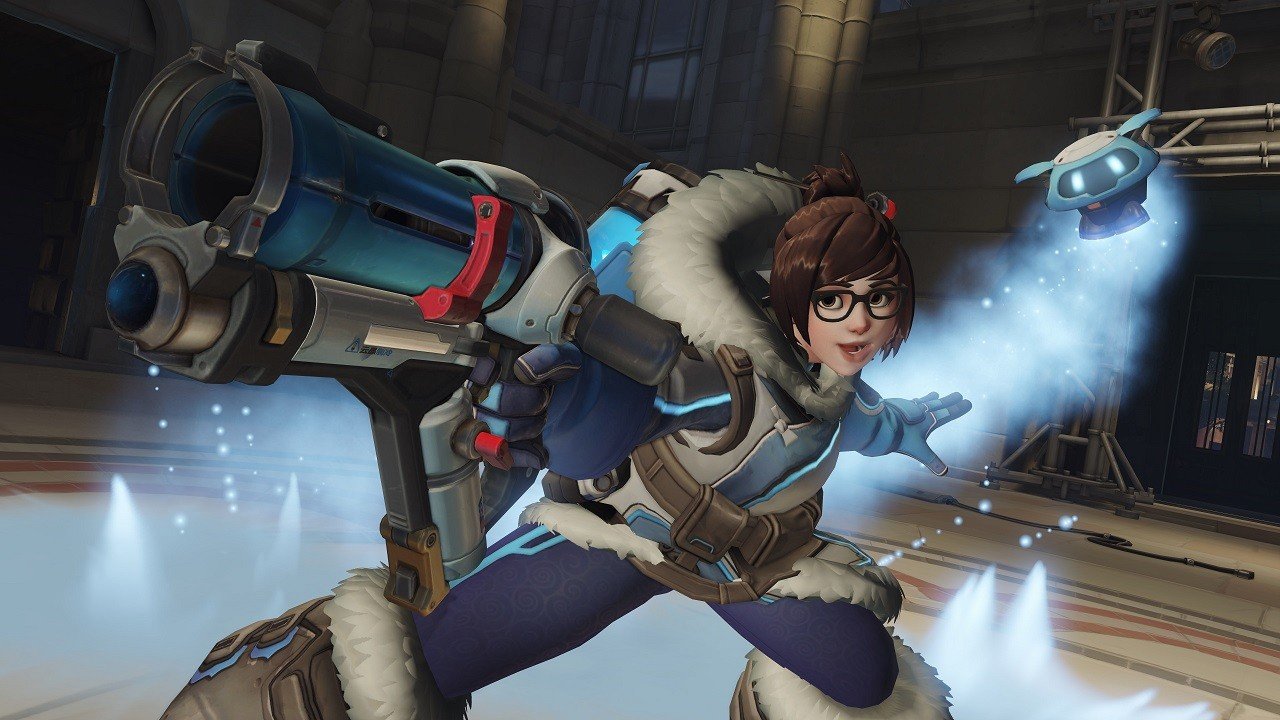 How games have already adapted

To be fair, single-player games have already, quite noticeably, become more like multiplayer games in recent years. While paid DLC was still somewhat taboo ten years ago, it is now an accepted part of the landscape, and people even welcome new paid content eleven months after initial release. Microtransactions leave a bitter taste in gamers’ mouths, but are tolerated as long as they accelerate progress, rather than acting as a paywall.

So, is the extra income from this enough? Of course, it really helps, but the issue that is still there is the need for new content all the time, which can’t always be fulfilled with single-player games. People get bored of multiplayer games a lot slower, because there is always something new around the corner, thanks to new opponents and new morsels of challenge.

There are a couple of ways of injecting this fresh content into single-player games without breaking the bank: capitalising on online play; or making game series entries flow into each other. Metal Gear Solid V (which is taking up all my free time at the minute) does the first one really well, by supplying online challenges with rewards, even if you’re not in multiplayer mode. The fact that the game is a base management simulator really helps, too, because there is the potential to keep building up your base forever. The time for single-player games with a Fin end screen is ailing in particular, even if Persona 5 suggests otherwise. 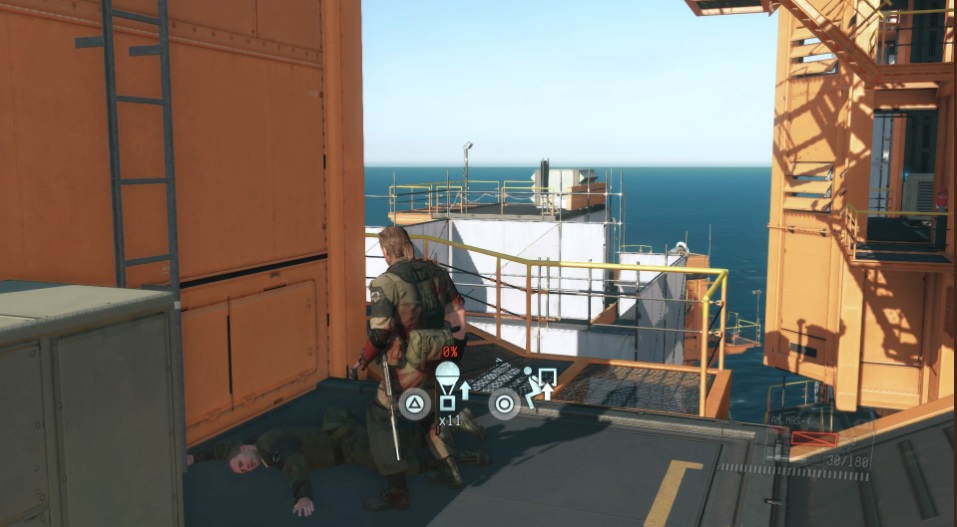 Regarding games that flow into each other, I’ll provide an example. Imagine the Silent Hill series was launched now, rather than in 1999. Silent Hill 3 would logically be released after 1, and 2 would either be DLC to 1 or come much later. Silent Hill 3 is built in the same world as 1, and this would be capitalised upon, allowing for a lot of assets and ideas to be recycled easily. And even though these would still be two separate games, they would bleed into each other, allowing for a lot of side-opportunities for Konami to earn money through extra content (what about Heather’s earlier years? What about her time with Harry, moving from town to town?). Ideally, material linking 1 and 3 would be spread out evenly between both core releases.

By minimising the need to start from scratch, games become more profitable. But this requires people to be invested in the characters and the story – and this is ultimately where single-player games have a trick up their sleeve.

JRPGs understand the pure single-player model better than any other sub-genre, and this is because they encourage people to obsess over specific characters. If you play JRPGs, you cannot tell me that your heart isn’t still breaking into a million pieces over and over again over a certain death in a certain Final Fantasy game that is numbered between 6 and 8, and if you play Persona games, you will probably fight tooth and nail for your waifu Chie/Ann/Aigis/Marie (and I will fight for my right to tell you that you have a screw loose if your waifu is Marie). 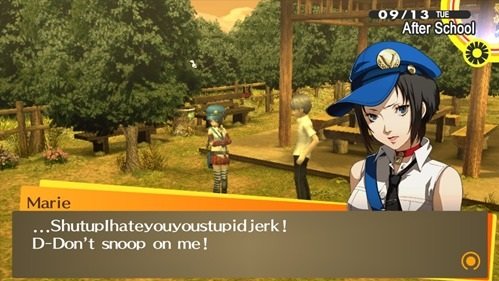 Words can’t describe how much I dislike Marie.

The trigger for people wanting to consume more content is wanting to know more about the characters. Did they carry on fighting for justice after the original story mode was over? Did they ever get together with the spiky-haired brat they were flirting with for three in-game months? Did they ever refine their katsu curry recipe? Never underestimate a nerd’s need for more (superfluous) information, and studios can use that weakness to siphon money from people’s wallets. And, in fact, this is an area where multiplayer games reveal their weaknesses, because (apart from Blizzard – damn you, Blizzard) story-telling tends to give way to action.

If none of this helps, then it would come down to a simple balancing of input and output. If studios aren’t being wasteful, in terms of sending their staff on recon visits to casinos every afternoon, then large expenditure will be down to graphics, storytelling, character models, etc. The more refinement the player wants and demands, the more it will cost. A price hike may be in order.

A few fairly large studios re-purpose indie games for the mass market, e.g. Devolver Digital’s release of Hatoful Boyfriend on the PS Vita and PS4. They do seem to go down as well as the bird seed on Legumentine’s Day in the aforementioned game, so maybe a reversion to simpler games with a more moderate price tag is the way to go instead. But will the consumer realistically welcome indie-style titles for every release? Will they be happy that their current-gen console is no longer being pushed to the limit with jaw-dropping visuals? I’m personally unconvinced. 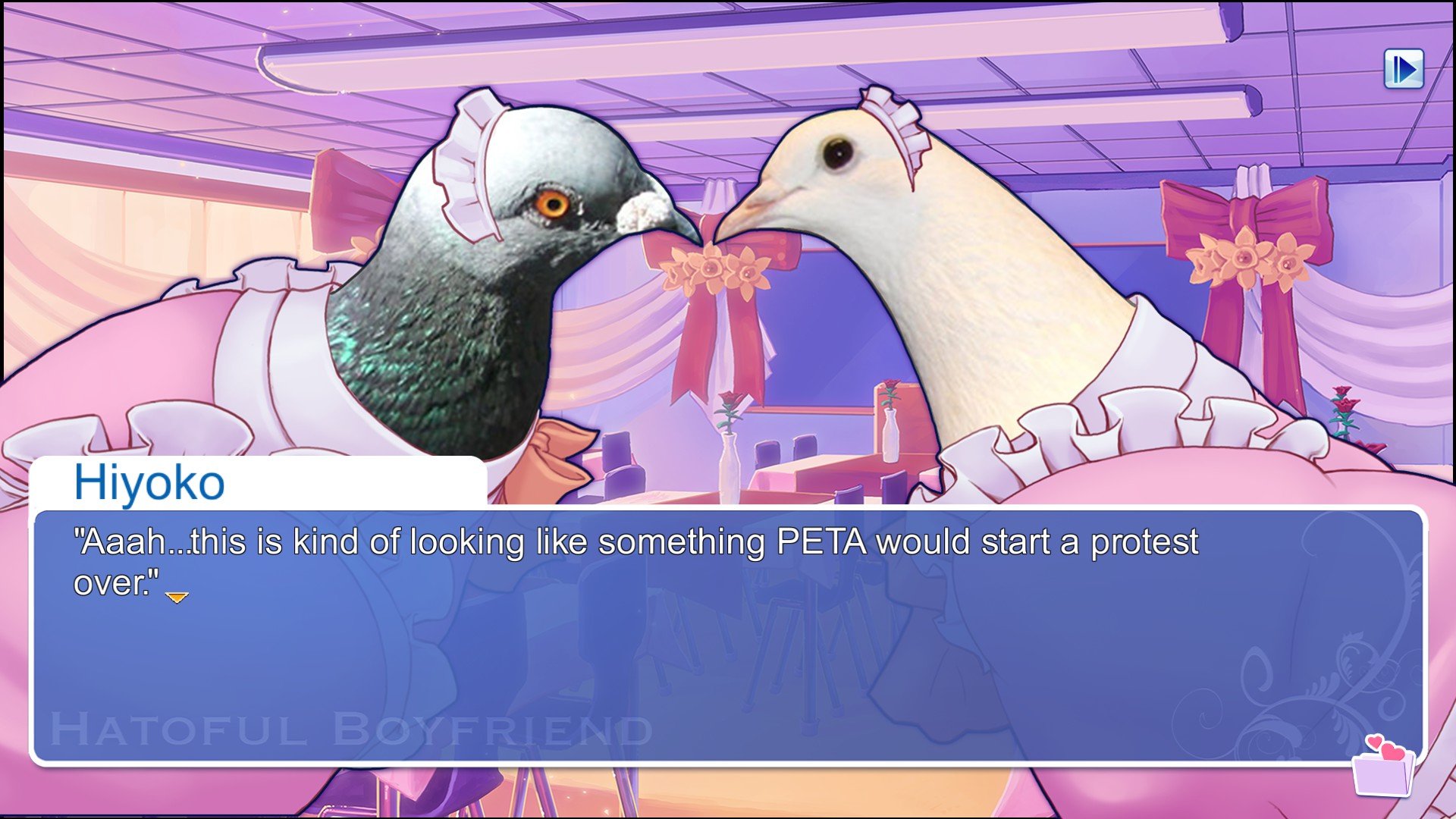 The end may be inevitable

Unfortunately, it may be the case that people are simply becoming tired of single-player campaigns, even if they don’t want to admit that to themselves. They surreptitiously only play GTA V for the online multiplayer components, and would never think of playing Watch Dogs 2 without mowing down other player-controlled hackers in a 4×4. And even if players do want single-player games, that needs to convert to cold, hard cash – studios can’t survive on fans’ love. Fans need to go out and buy as much content as they can to keep the games going, at least for a little while longer. And even then, we may see them collapse for good in ten years’ time.

Now if you’ll excuse me, I’m off to play the single-player campaign of Metal Gear Solid V. Which I got for free through PS Plus. Hypocrisy, here I come!

Do you think that the single-player format is in danger? Do you think the problem lies with the consumer or the studios? Let me know in the comments down below!