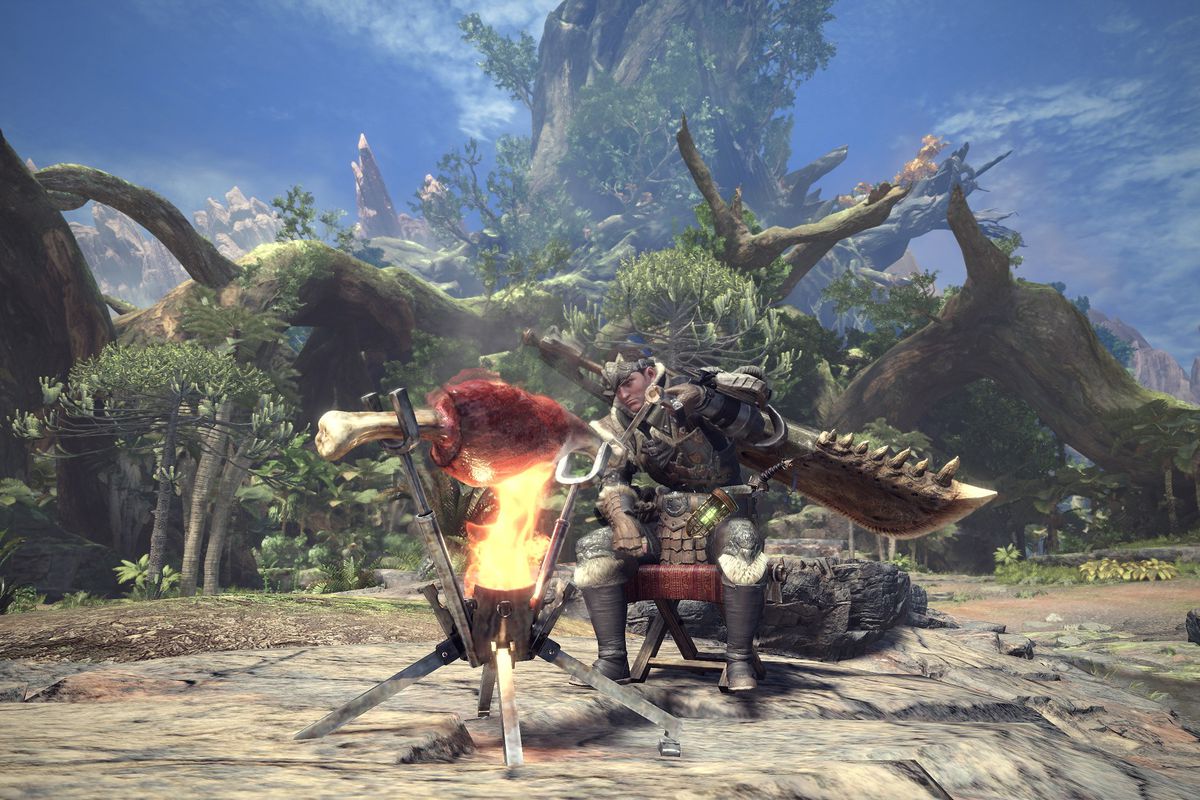 You beta believe it

I pretty much lost my shit when I saw Monster Hunter: World‘s reveal. I’m fairly new to Monster Hunter, getting started in 4U before putting a cumulative 800 hours between both that and Generations. We’re now just days away from the beta of Monster Hunter: World, not just a brand new game, but also one that’s not on the 3DS’ paltry 280p screen covered in Vaseline!

We all know the story at this point about this franchise. It’s a long-running series with devout fans, who are constantly trying to baptize new fans, who are typically unconvinced by the initial appearance. Fans who love the combat and rewarding sense of learning the game’s combat are met by people who don’t feel satisfied endlessly wailing on a giant monster with no health bar.

Despite the game coming to PS4, Xbox One, and even PC, the demo this Saturday is limited only to PS+ subscribers. Probably not a huge, diverse demographic to get your demo out to the masses, especially the unconvinced masses. Posing the question to the community reveals a lot of people here at least are curious about the beta, but are unsure of how they’ll feel after they come out the other end, despite a lot of praise for the series from regulars like me. I haven’t even mentioned the opinions coming from PC players, that range from thankful it’s even coming to PC at all, to cautiously worried about the PC port coming some time after the console launch.

The question also led to a lot of simpler, shorter answers from the community to the. But, whether you’re a new or returning fan, are you excited for Monster Hunter World?

First is LimoMaker, who despite confessing to being a new hunter, already knows one of the more traditional injokes.

I can’t wait to have my first experience of getting hip-checked.

SrChurros will have to wait on the PC port, but is excited nonetheless on one of the crazier updates to Monster Hunter: a second thumbstick.

Old-ish time fan here. Played as gunner on Tri and 3U, Insect Glaive on 4U. Tried heavy gunning on the original game, but didn’t got pest Kut Ku (Took me a few years to discover you never use Normal Lvl1 ammo while gunning)

World looks really fun, as a long time gunner I am amazed with how good the third-person-shooter controls looks like. Also, know that there isn’t distinctions between blademaster/gunner armor, switching between the bowgun and je suis montè the insect glaive will be a lot less painfull and resource consuming.

I don’t have a PS4, so my plan was to build a better PC after me and my girlfriend moved out together, until surprise-baby happened, so I’ll have to skip this one. On the bright side, now I’ll have a new hunting partner once she/he is old enought to play MH World 2 or 3 with me in a few years.

I’ve been prodding Gamemaniac3434 for months on Discord about Monster Hunter: World. He’s definitely going to give the demo a good old-fashioned college try.

I’ll be trying the demo and playing with some folks here if I can. Never really played one of these aside from games inspired by them, so I’m curious how this one is.

Jetfandam knows that hunting is only have the quest!

I’m really excited for the beta. Let’s hunt some monsters and feast on some delicious food!

FakePlasticTree is ready to take that character creator out for a spin. Reminder that we’ll finally have a helmet off option for once to put said character creator to good use. I think I’ll make a female hunter because they always get the best armor designs.

I’m excited for the character creator, if the gameplay is any fun like Dragon’s Dogma then that’d be great too!

Jinx01 is one of the community’s resident PC experts. So naturally he’ll be interested in how things pan out next year.

I’m pretty interested in the game. It’s the first MH to come to PC so I’m going to see how the console reviews are then wait for the port.

Cedi is right about one thing, World isn’t just building off everything great about the series but also smoothing out some long time wrinkles long time fans have taken for granted.

I think I need to get the demo in my hands before I’ll truly be excited to play it, but going by everything we’ve seen thus far? How can this NOT be the best MonHun game yet!?

Sonic429 hasn’t broken through the barrier of entry quite yet, but at least he enjoyed the one Monster Hunter game.

I tried to get into Monster Hunter on Wii U, and never could. It just threw me out to the wolves, which is a pet peeve of mine. I do have a PS4 but not PS+ as I only own the console for exclusives. Maybe if we get a legit demo later on, I might jump in, but if I get another Monster Hunter it will be Stories. That demo impressed me.

I know one can usually make a pair of earrings at least, so maybe Luckrequired is satisfied by that.

As long as I can make a necklace out of monster teeth, I care not for much else.

Raiku Shackleford is just ready to try out some new multiplayer guilds.

I’m excited to be hunting with all of you.

I’m looking forward to some big hunts for big boys with big hunters like big Hypnos.

Are you a longtime fan who’s ready for a brand new, HD experience? Or are you a prospective new hunter, begging to get their hands on some bone material equipment to start their career? Will you have access to the beta or will you be waiting a bit longer for a proper taste?  Let us know in the comments!

There’s been confirmation that streaming is allowed, so there will probably be some Monster Hunter: World beta footage appearing on Streamtoid! So see you in the comments, at the beta, and beyond for release day!