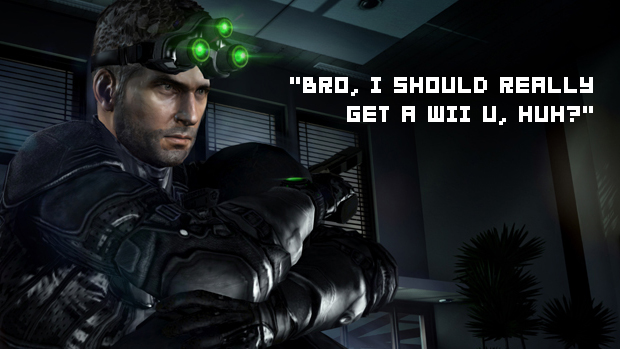 Or are you just happy to see me?

In today’s “not officially announced but it’s on some dude’s LinkedIn profile so I guess it’s a thing” game release news, Splinter Cell: Blacklist is listed as a Wii U title on Ubisoft line manager Pascal Allançon’s profile.

I’m not sure what a line manager does, but it sounds like a job someone would have at a 200+ employee game company. Allançon has been with the company since 2008, working on Ghost Recon and other titles.

Here’s hoping this slip-up is real. Just think of the torture potential on the touch device!