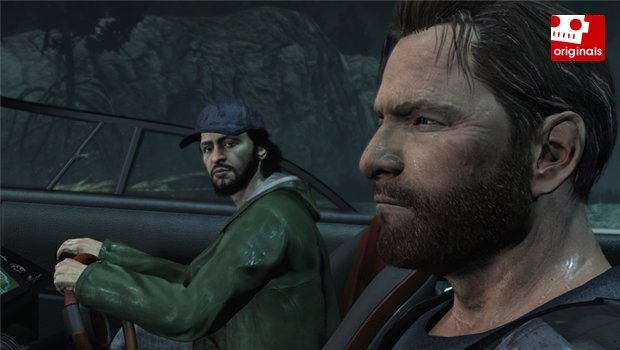 It’s hard to see your favorite series on a different platform. I’ll always play Demon’s Souls and Final Fantasy games on my PlayStation 3, because anything else just feels wrong. The same is true of Max Payne on PC. Though we PC gamers had to wait a couple weeks longer, it didn’t matter that much after waiting nine years for a sequel.

The concern for PC players isn’t the wait but the developer. Rockstar doesn’t have a stellar track record on PC, either botching games (Grand Theft Auto IV) or forgoing a port altogether (Red Dead Redemption). Once reports came out that the game would take up a whopping 35 GB (or four DVDs), people began to worry for good reason.

While the insane download time may not be necessary, I’m here to say it’s definitely worth it. Rockstar got things right this time. Mostly.

Max Payne 3 is one of the best-looking games on consoles this year, so it’s no surprise that it looks stunning on PC. Turning up the DX11 options, like tessellation, and maxing out the anti-aliasing presents image quality unparalleled on the PC. It’s unfair to compare it to The Witcher 2 or Battlefield 3, as it doesn’t share the scope of those games, but everything from the detailed facial models, city backdrops, and textures make this game sing.

There are a couple drawbacks, however. There are reports from several users on NeoGAF that enabling MSAA has brought about several graphical and mouse glitches in their game. That’s too bad, since it really brings out the color and crispness in the visuals. I haven’t faced any of these issues so far, but I played mostly with it off for the sake of a higher frame rate. As you can see in the graph below, MSAA deals a heavy blow to your processing power. 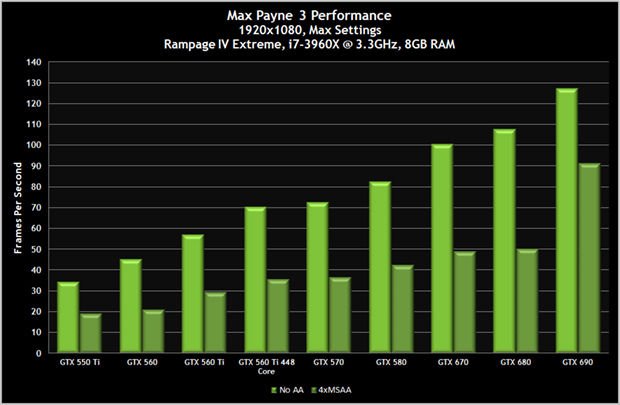 There are a lot of cutscenes in Max Payne 3 that begin as pre-recorded video files. They are used to mask the loading of the next level, but, on the PC, they serve as a constant reminder of how awesome the game is on this platform. Like playing a PS3 HD remaster, these videos ironically look much worse than the actual gameplay due to all the visual perks you get on the PC. As soon as the game switches from movie to in-game, I think, “This is why I waited two extra weeks.” Seeing a club full of people dancing in front of flashing lights with their hair and detailed facial models rendered crisply and full of color makes that wait more than worth it.

Here are some comparisons between the different graphical options: 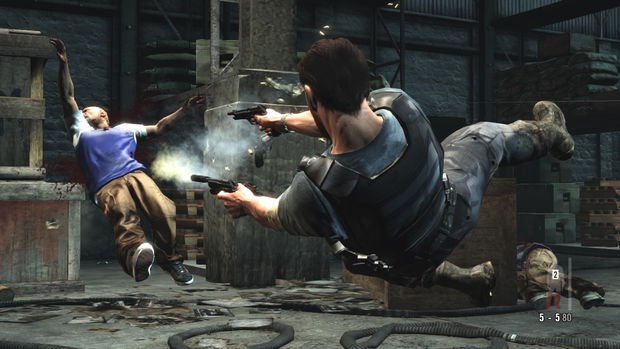 While most will be coming to Max Payne 3 on PC for the visuals, I’m mainly interested in the controls. Max Payne 1 & 2 were far inferior on consoles because the games demanded accuracy you couldn’t get from a thumbstick. It saddens me to see Rockstar give PC the cold shoulder in Max Payne 3, as the game is clearly made with console controls in mind.

Iron-sight aiming is one of the biggest changes in shooters since the release of Max Payne 2 in 2003. It shouldn’t surprise anyone then that Max Payne 3 embraces this — though, it’s more of a slight zoom, as in Uncharted and Gears of War. Since you’ll need this to aim efficiently, your keyboard/mouse layout from past Max Payne games won’t work here. It doesn’t help that the default controls are awful. Using “G” to roll is just silly.

The right-mouse button used to be dedicated to the Bullet Time ability, but now it must be remapped to something else. This makes everything out of whack, but you’ll eventually find something that works for you in the options. The frustrating thing is that multiplayer and single-player in Max Payne 3 have different demands on the player; they each have their own ideal button layout. In multiplayer, you aren’t constantly using Bullet Time but will need to roll like crazy instead. It would have been great to have different layout options for both game types, instead I find myself either constantly re-adjusting or playing uncomfortably.

You still have the Free Aim option, but you’re really missing the point of playing with a mouse if you do that. Even though playing with mouse/keyboard has its drawbacks, it’s still a pleasure to Bulletdodge into the air and pull off a series of headshots with the most accurate device in gaming. 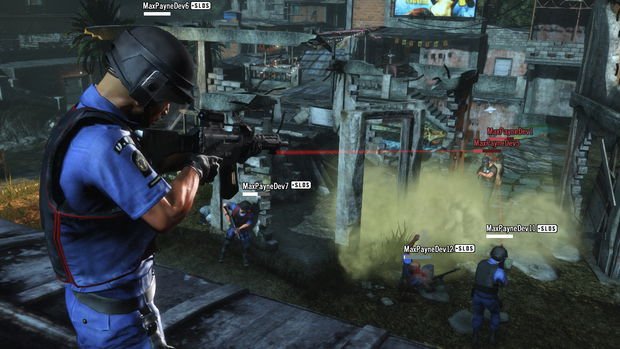 When you first start up Max Payne 3, you’ll need to log in to Rockstar Social Club. This is a quick, painless process. I didn’t even need to type in my multiplayer key, as the game automatically took it from my Steam account.

Joining games is hit and miss. There have been a couple times where it took forever to match me, and sometimes I even had to exit the game through Window’s Task Manager because I got stuck in a lobby. There are also some long load times for levels online. It’s not game-breaking, but I hope Rockstar smooths things out in an upcoming patch.

All in all, Max Payne 3 is exactly the experience I wanted on PC. I have some issues with the game, but that’s beyond the scope of this article. If you have the patience to spend an entire day downloading a game and want to play Max Payne 3, you won’t regret your efforts. After a long history of half-assed PC ports, Rockstar got things right this time.