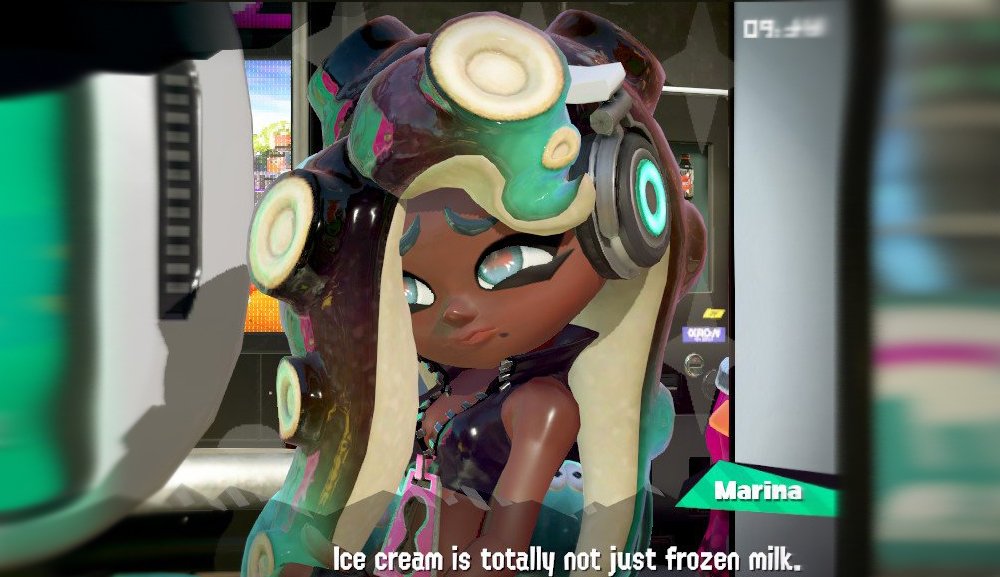 An Octopus, a Sister, and maybe an Octopus Sister

[Update: Whoa! This piece got a lot more people talking than I bargained for. What a pleasant surprise! If you want to read more about the topic of how PoC are represented in games, these pieces by Tanya DePass, Gita Jackson, Shonté Daniels, and Evan Narcisse are excellent at sharing perspectives that may be different than your own. Nothing would make me happier than if this quick, stream of consciousness post about a teenage Black octopus woman helped people to discover much better posts about how real issues of race and the fantasy worlds of video games can sometimes intersect.]

I’ve talked to a lot of people who’ve worked for Nintendo, and when it comes to race, they’ve all said the same thing about the company – they don’t want anything to do with it. That doesn’t mean that Nintendo doesn’t want anything to do with minorities. Rather, it means that when it comes to their games, Nintendo wants to stay out of the “race conversation” as much as possible, not unlike how they wanted to avoid “being political” with Tomodachi Life and the “gay marriage bug.”

This is probably why most Nintendo characters appear Caucasian or Asian, depending on who you ask. Link looks pretty white to me, but a lot of Asian folks I’ve talked to have said that he looks Japanese. A lot of anime characters are designed the same way. You’re supposed to see yourself in them, or at least, see them as a familiar face. Problem is, if your skin is darker than beige, it’s a lot harder to see yourself in Link, and just about every other Nintendo icon for that matter.

My guess is Nintendo doesn’t want it to be that way. They’d like to make characters that look like everyone everywhere, as that could only work to bring in more paying customers. Since that’s not possible, and because People of Color make up such a small part of Japan’s population, they likely just stick to what they know, valuing inclusion of the many over the desired inclusion of the few. That could explain why out of the 133 amiibo currently released worldwide, only one of them is a Black dude, and he’s not even an original character. He’s a gosh darn repaint.

While 1/133 isn’t the best ratio, it’s actually a sign of progress where Nintendo is concerned. It’s not the only sign either. More and more Nintendo games, like the 3DS Pokemon titles, Xenoblade Chronicles X, and of course, Splatoon, give you the option to change your player character’s skin color. It seems like a basic feature compared to where most Western RPGs are in 2017, but for Nintendo, it’s kind of a big deal to see them consistently moving in that direction.

Which brings us to Marina, a major new personality in Splatoon 2 who will presumably greet the player, alongside her partner Pearl, each time they boot up the game. While human labels for race may not apply to her and the rest of the denizens of the Splatoon-iverse, she definitely looks Black by human standards, and that may be a first for Nintendo. The fact that she is also an Octoling, a minority race in Splatoon lore, who are forced to live underground by the ruling class Inklings, might allow her to resonate further with People of Color. Not only is she a were-octopus, but she’s also a disc jockey, just like the last boss of the first game. We’ll have to wait and see if that similarity turns out to be more than skin deep.

Anyway, I wasn’t trying to be a rhetorical know-it-all when I posed the question in the first place. Is Marina Nintendo’s first Black leading lady? I honestly don’t know. I play a lot of Nintendo games, so I think I know the answer, but like my grandpa always used to say, you never know what you don’t know until you ask.

There’s also the issue that with fictional characters from made-up worlds, race doesn’t apply in the same way as it does here on good old planet Earth. Take Tetra for example. By the end of The Wind Waker you discover that [spoilers] she’s just Zelda with a magical tan and outfit change [/spoilers], but that doesn’t mean she wasn’t treated differently in her world because she’s brown. We’ll likely never know for sure if she was or not, because like we’ve been told before, Nintendo doesn’t want anything to do with race. Still, if people were to tell me that they always saw Tetra as Black, I wouldn’t argue with them.

People have also brought up Twintelle from Arms, another example of the old “White Hair, Dark Skin” thing that’s often used by character designers to try to have their cake and eat it too. Racists can tell themselves that these characters aren’t “really Black” because real Black people aren’t born with white hair, while those looking for inclusion can look at it the other way around, while chalking up the impossible hair to the artists just being “creative.”

Marina doesn’t fall into any of that, which is a big part of why she feels different. They could have given her white hair, or made her skin green or blue like they did with “magical minority” Zelda characters like Midna and Ganondorf, but instead, they made her look like a regular Black girl (except for the green tints on her tentacle hairs, of course). Better yet, she’s already hugely popular with the fans, who weren’t necessarily going to accept a replacement for their beloved Squid Sisters without a fight.

So regardless of if she’s first or not, Marina is already a step in the right direction for inclusion without exploitation, representation without pandering, and for equality among fake fish people in video games everywhere. Not bad for your first day in the public eye.