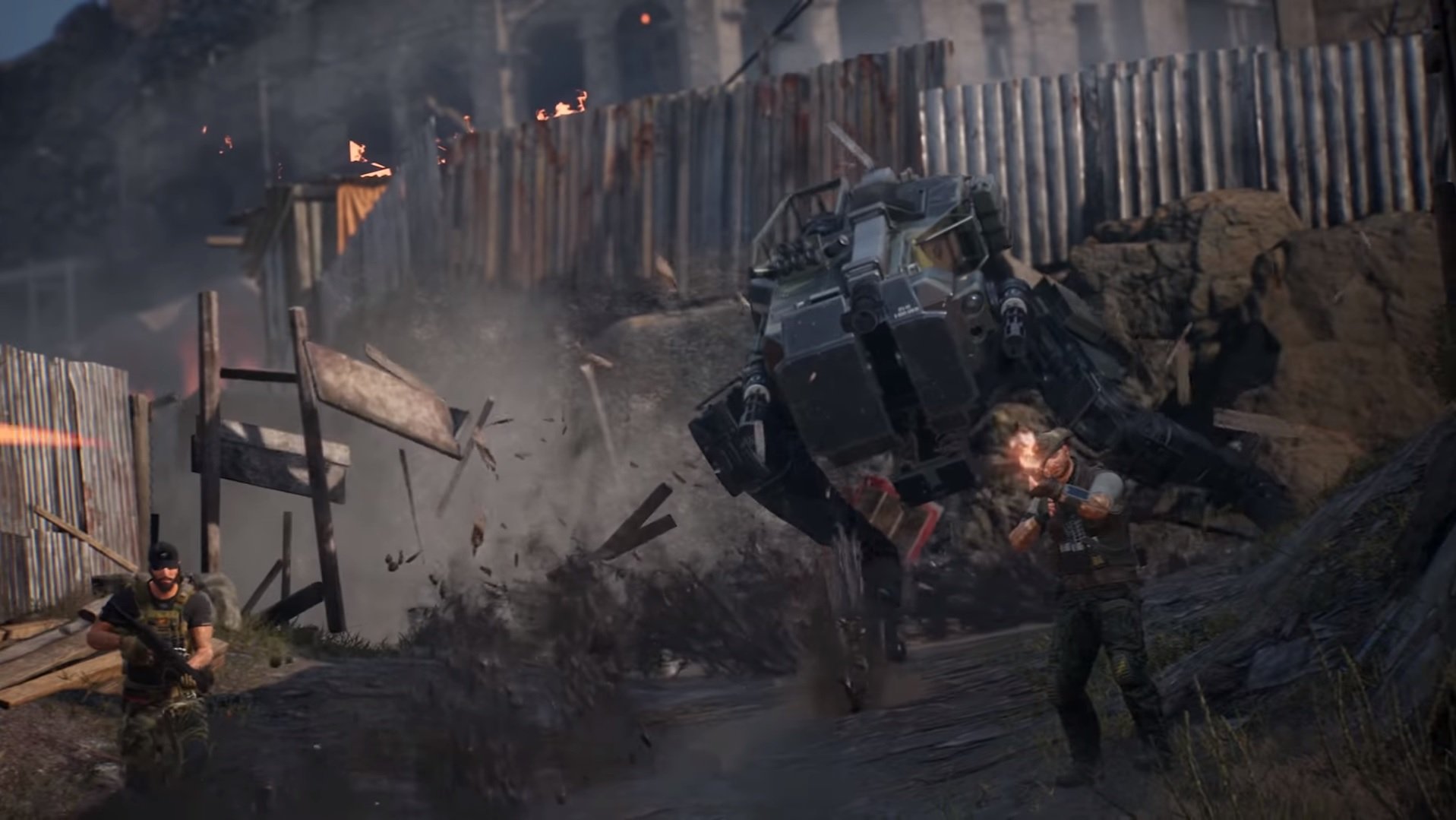 We need some help settling a little office uncertainty: Does this trailer for Smilegate’s CrossfireX tease a Metal Gear Solid Walker Gear at the end of it? Here’s the timestamped link.

On one hand, the trailer makes a point of going out with a bang, ending on this extremely quick moving biped machine advancing on a Humvee. On the other, Metal Gear didn’t invent the idea. This could just be some generic Gundam/anime shit.

But — and we’re back on that first hand again — this seems like a partnership that maybe Konami would sign up for. Crossfire is literally the world’s biggest video game, as it has a lifetime player count of over one billion. It’s immensely popular in China and South Korea. Konami has done crossovers for much less. Now, on that second hand yet again, maybe this is just a conceptual ripoff of Metal Gear. A lot of CrossfireX looks like a conceptual ripoff.

When I started writing this story, I was in the camp of “Yes, That’s Definitely A Walker, How Could It Be Anything Else?” I was ready to bring the Metal Gear Goodness to the masses. Now, I’m hesitant. In my own head. I still want to believe but it’s almost a coin flip.

Anyway, this is a gameplay trailer ahead of the open beta that starts on June 25. It looks like a mix between Counter-Strike and Crysis maybe? Also, it takes a long time to get there, but the song in the trailer eventually turns into a rock cover of DMX’s “X Gon’ Give It to Ya.” As if that weren’t enough weird tidbits about one game, Remedy’s writing the singleplayer story of this free-to-play shooter. CrossfireX is gonna be wild, Walker or not.