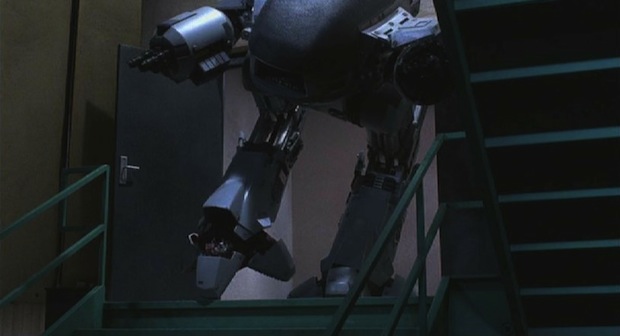 Irrational Games is continuing to tickle us with little knowledge drops — this time via an editorial titled “Five Cut Features,” which deals with, largely, features that were cut from Irrational’s dystopian FPS BioShock.

Which one grabs us the most? The navigation robot. As explained in the article by technical director Chris Kline, “We wanted a map, but were concerned that this would take too much programming and design/art time to implement. So I came up with the idea of Nav-Bot: You could press a controller button to summon your Nav-Bot, activate him with another controller button, and then select from a list of destinations in a 2D user interface. You could then follow him to the designated location.”

Of course, the core reason why we’ve singled out the Nav-bot is simple: it may have had the same problems ED-209 discovered while chasing after Robocop inside OCP HQ — dude-bot might not have been able to handle stairs. No word if Irrational planned to have it squeal like a pig though. (That’s always a nice touch.)