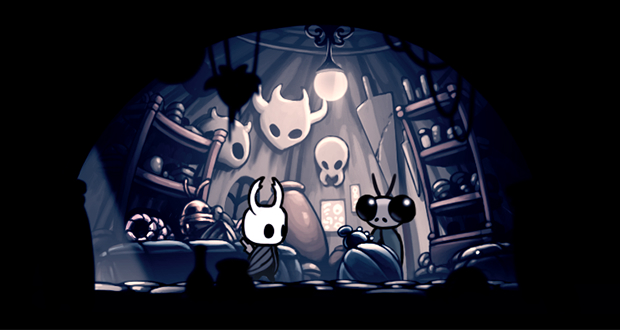 I have had my eye on Hollow Knight for a few days, but had not yet pulled the trigger on highlighting it. It is a pretty 2D action game (though the color palette is a bit muted for my taste) starring some sort of insect-person and it has been on Kickstarter for a little over a week now. The response so far has been pretty positive, earning the Kickstarter Staff Pick honor and making almost one-third of its total funding goal of $35,000 AUD (about $30,000 USD).

The combat and platforming both look tight, and the underground Hallownest seems like an interesting place to explore. Riding on the back of a horned beetle-horse is something I do not believe I have done in a game yet. Hollow Knight is tentatively scheduled for release by June 2015, and is currently seeking approval on Steam Greenlight.