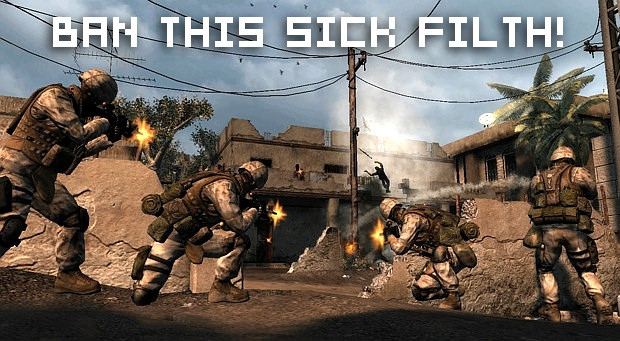 We’ve been covering the grimly predictable outrage over Konami’s Six Days in Fallujah, a videogame based on a real-life battle during the Iraq War. While tabloids and families of war dead have already condemned the game without seeing any of its content, a number of veterans have actually expressed support for the project. Kind of undermines the grievances of those who weren’t actually in the war, right?

“As a combat veteran and as a gamer, I have no problem whatsoever with the game,” explains Sgt. Casey J. McGeorge, who spent 36 months in Iraq. “As long as it’s made as realistically as possibly, I believe that this could be a good thing for both combat veterans and for the war in general.”

Former Sgt. Kevin Smith expressed similar sentiments: “Hopefully it will bolster support for military veterans by giving civilians insight into what this war was actually like for them… I really hope that this title receives positive press and encourages more empathy towards veterans after gamers have ‘experienced’ what they have gone through. On a side note, I really hope this game includes co-op!”

USMC Gunnery Sergeant John Mundy added: “You will have your group of idiots that try to be the terrorists and kill Americans and shout obscenities through the TV, damning American military personnel. But hey, those individuals can make fools of themselves all because of the protection that we military people give them each day … If someone doesn’t agree with the game, they can spend their money elsewhere.”

Of course, I expect tabloids and special interest groups to ignore all this. It makes it hard for them to try and argue for dead men who may not have shared their narrow views.