For iPhone owners, a trip to Ivalice is just a click and $7.99 away (a demo is also available), as Square Enix’s new game Crystal Defenders is available now on the iTunes App store. If you haven’t heard, this is a Final Fantasy-themed tower defense-style game, says Siliconera.  You’ll send out memmbers of your favorite Final Fantasy job classes to defend your crystals. You’ll recognize some of the visuals if you’ve played Final Fantasy Tactics A2. Look out for Destructoid’s review soon.

In other iPhone gaming news, it seems that an iPhone gaming adapter is on the way. Zodttd.com has an image (after the jump) of a prototype from the manufacturer. It looks like you’ll just pop the phone inside this controller, with the directional pad and buttons being on either side of the phone, held lengthwise. Talk in their comments suggests use with emulators. 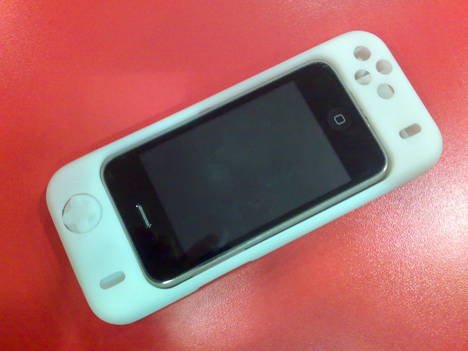