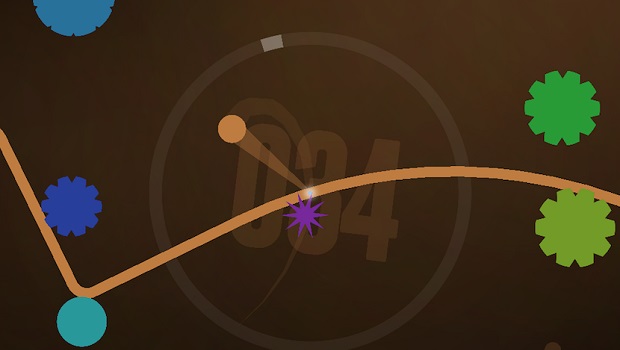 The PC, Mac, and Linux versions will all support local multiplayer

Mobile-to-PC ports don’t have the best of track records but I’ve got some high hopes for the home computer version of Pivvot, a great mobile game which was one of my favorites from 2013.

It has such a simple concept: to keep your dot moving along a track, you’ll need to pivot around a variety of obstacles. It’s remarkably simple yet compelling and I’m keen to see how well the game translates to a computer. There’s full controller support but it sounds like the simple touch screen controls will be replaced with just two buttons to control movement. Pivvot is coming to Steam on July 14 and and will cost $4.99.

What’s really intriguing about the upcoming PC, Mac, and Linux versions is the inclusion of a local co-op mode, which sounds like it could be fun. Looks to be one of the better iOS-to-PC ports we’ve had recently.