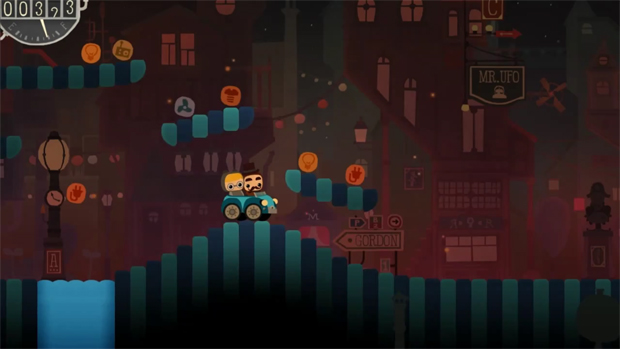 Simogo’s Bumpy Road for iOS and Mac is the most adorable thing I’ve seen all day, second only to this video of a loris holding a miniature umbrella.

Rather than poking around to directly move the main characters’ car, you manipulate the environment with your fingers. It’s a smart, natural use of the touch screen, which you don’t always see.

The game is expected to hit the App Stores later this spring.