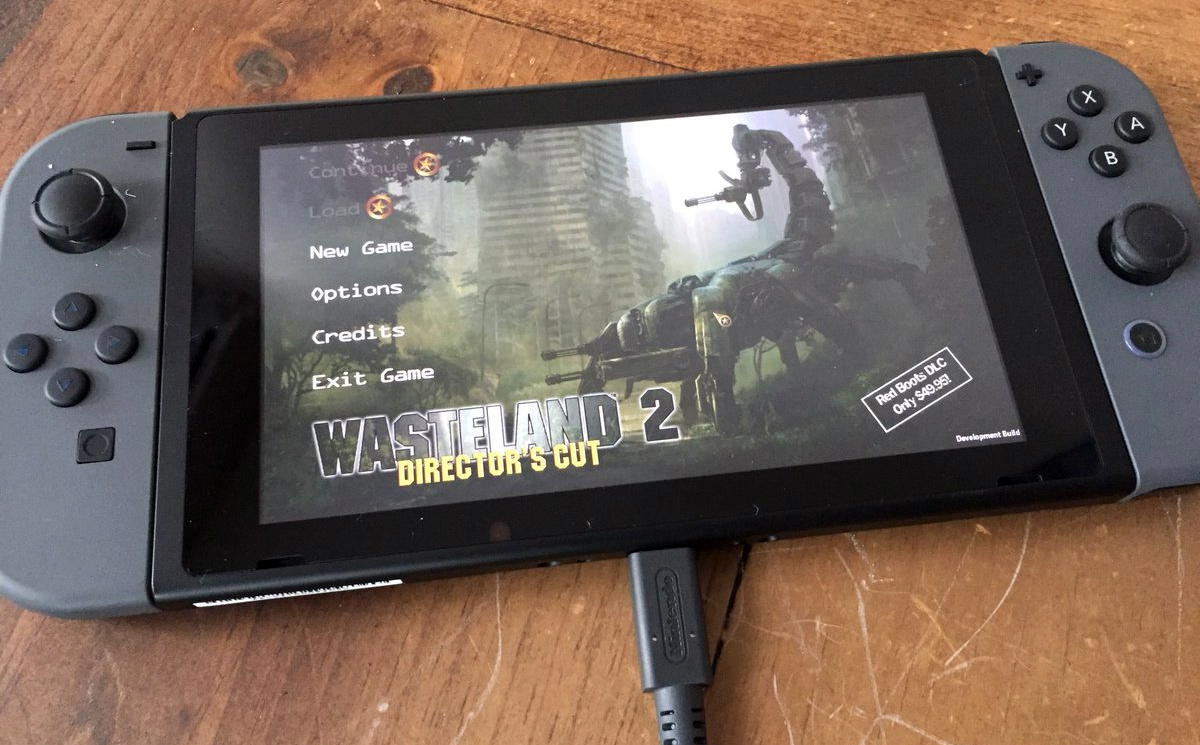 inXile Entertainment said it had plans for Nintendo Switch and as we now know, those plans include porting over the post-apocalyptic RPG Wasteland 2: Director’s Cut. That might not be the precise game you were hoping to see pop up first, but it’ll certainly bolster the Switch’s library.

How about a little tease… pic.twitter.com/Zwh8gL8cQL

In a follow-up tweet, Fargo confirmed that the team behind the mobile ports of The Bard’s Tale will handle Wasteland 2 for Switch. “I have to give props to Nintendo owners for your love of the machine,” he added. “[The photo] had the quickest traction of most anything I’ve ever tweeted.”