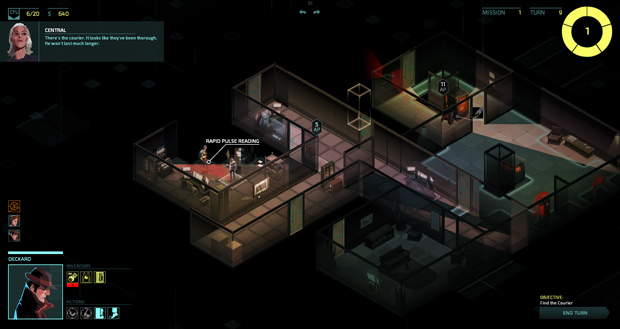 Don’t Starve and Mark of the Ninja studio Klei Entertainment has honed in on an August 19 Steam Early Access launch for its turn-based stealth game Invisible, Inc.

It’s been playable in an alpha capacity already, so this is just the next step toward final release. For Early Access, Invisible, Inc. will have an expanded campaign mode allowing players to choose their missions, a “deeper Mainframe experience,” a better interface, tweaked skills, and new mechanics — including being able to drag bodies. Gotta have that.