We’ve been following a little game called Inversion for some time. Our own Maurice Tan walked away underwhelmed by the single-player portion, while Casey Baker seemed a bit more optimistic about the multiplayer.

For our final preview, we dove deep into the free-for-all modes and caught a glimpse of the leveling system. What it all comes down to, though, is that Inversion just doesn’t feel good. There’s definitely an admirable idea in its gravity manipulation, but the fundamentals are so lacking that all the fun I had came with a caveat. Between the slow and clunky shooting, spotty cover system, and incredibly laggy matches, making Inversion a part of anyone’s multiplayer rotation will be a tough sell. 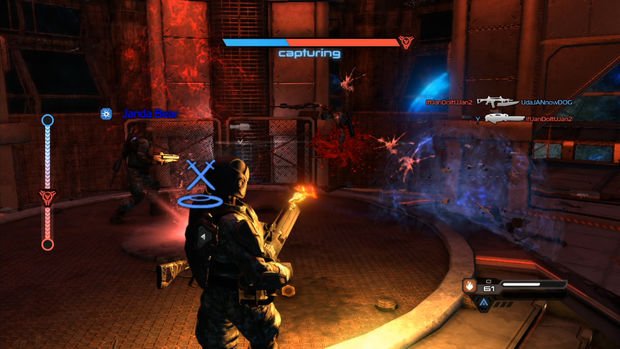 We started with a basic free-for-all. You all know the drill here: kill as many people as you can, as fast as you can, until you hit the score cap. What stood out to me immediately was how rough the aiming felt. The game was certainly playable, but anyone who plays shooters extensively can tell the difference between weighty and irregular aiming. Inversion definitely features the latter.

As Casey stated in his preview, manipulating gravity is a necessity. To reiterate, players have two variations of gravity manipulation. The first creates a small pocket of low gravity, sending your opponents floating and making them vulnerable to gunfire. The second creates a field of dense gravity, knocking players down into a last-stand stance.

You aren’t completely screwed if you get hit with a gravity field, however. You can still shoot back at your attacker, but your aim is disoriented and your movement hindered. Thankfully, players are kept from spamming their powers via a four-bar meter that drains a quarter each time you use a power. The meter can be refilled through pickups placed around the map. 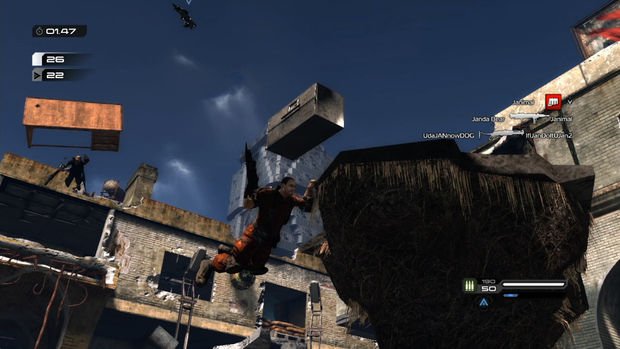 While waiting for the next game to start, I had the opportunity to poke around the upgrades menu. Like most contemporary shooters, Inversion‘s multiplayer features a progressive leveling system. It’s not as in-depth as in the Call of Duty or Battlefield games, so don’t expect customizable loadouts, perks, and the like. Inversion‘s customization focuses more on the player’s avatar and acquiring new clothing options such as helmets, pads, color schemes, etc. You can unlock upgrades for you default spawn weapons, but the weapon upgrades don’t seem terribly involved. This isn’t necessarily a bad thing, since Inversion takes a Halo/Gears of War approach to weapons. Success depends greatly on your ability to ditch the default rifle and find the power weapons spread across the map.

The second mode we played was deathmatch free-for-all once again, but with a twist. Regular kills counted as one point while kills involving gravity powers were worth more. Since using gravity is already paramount to doing well, this mode more or less played the same as standard deathmatch, but with a greater emphasis on learning where the refill pickups were placed. Unfortunately, with so many people throwing around gravity fields and firing off explosives, our matches became increasingly laggy, necessitating restarts or crashing outright. It was a common and very disconcerting occurrence, especially considering how close the game is to release.

I should also note that it was about this time that I started to notice the cover system, or rather how little I was using it. Cover in Inversion is somewhat messy. Moving from in and out of cover and from cover point to cover point isn’t as smooth as it should be, as characters have a tendency to get stuck on objects. Ironically, it is the cover system and the awkward formations you get stuck in that will occasionally contribute to an untimely death. Personally, I found it much more viable to use the roll to avoid enemy fire when low on health. 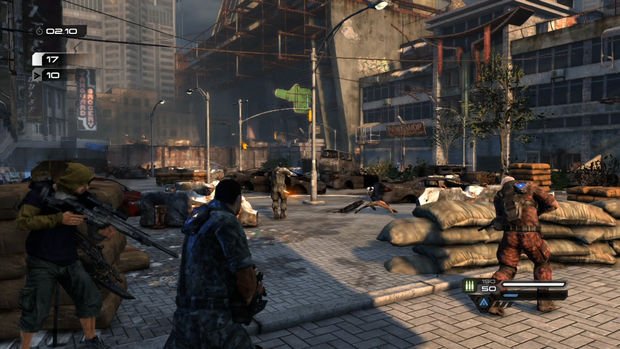 The last mode we spent time with was a twist on king of the hill, called King of Gravity. In this mode, one player spawns with a Gravlink — the source of your gravity powers — while all other player must work to bring him down and take the Gravlink for themselves. Only the kills you earn when you have the Gravlink equipped count towards your score. The time I spent with King of Gravity was by far the most fun I had in Inversion.

The chaos that ensues as five or six people try to take down one powered-up player is an odd and satisfying blend of quasi-teamwork (its still free-for-all, but team shooting is the best way to take the current king down) and waiting for the perfect moment to kill the guy next to you. That isn’t even mentioning the satisfaction from rushing in and stealing the Gravlink from the poor saps who did most of the work on the previous King, then mowing them down in their weakened state for a couple quick points.

Looking back at my time with Inversion, I can say that I had some fun with it. Still, that fun is bogged down by all the baggage of its blemished cover mechanics, awkward shooting, and spotty net code. I’m always looking for something to play as a break from Call of Duty or Gears of War 3, but I don’t see this spinning in many disc tray for long.