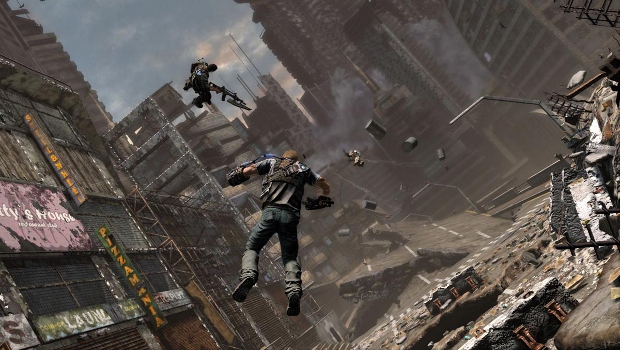 The gravity manipulating third-person shooter Inversion has been confirmed by Namco Bandai today for a June 5th release in the United States and June 8th release in Europe. Saber Interactive is using this extra time to make sure the game can be as good as it possibly can be.

Namco also took this time to announce a new iOS and Android title called The Inversion Project. It’ll be used as a way to introduce players to the world of Inversion and will feature the same cover-based, third-person shooter with gravitational powers gameplay as the console title. There’s no word on when the mobile game will be released except for a “later this year” window, but it’s probably a safe bet that you can expect it to release before Inversion does this summer.