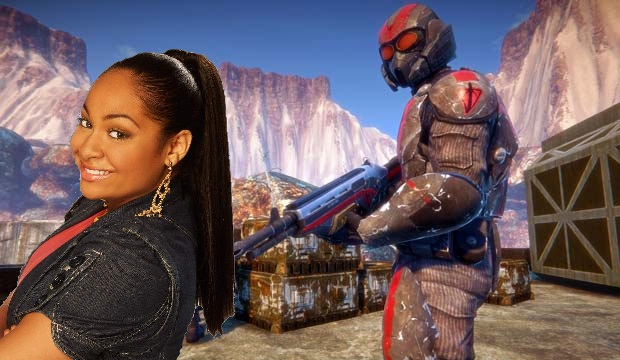 [Editor’s Note: Hey, everyone! I would like to introduce David Moore. He has run the site gamebunny.com for the past ten years and co-runs torwars.com, a site focused on all things Star Wars: The Old Republic. Basically, he is an MMO MASTER! He will be contributing a new weekly series, That’s So MMO!, rounding up the week in MMO news. If you are a fan of MMOs, you are in for a treat! Let’s give David a warm, wet Destructoid welcome! — Chad]

Welcome to the inaugural edition of Destructoid’s That’s So MMO! I’ll be your MMO master of ceremonies for this weekly wrap-up (July 03 – 09) of what’s hot and happening in the world of online games.

Let’s get right down to it!

“Battle of the planets” – SOE has been busy shuffling its deck. After killing off one eight-year-old game, Star Wars Galaxies, they’re pumping new life into another eight-year-old game with the confirmation of a long-rumored sequel to PlanetSide. PlanetSide 2 doesn’t yet sport a release date, but Sony is promising that “technology” has now caught up with their original “vision.” Those looking for a space age Call of Duty, with customizable players and weapons, may want to enlist.

“Let the blood flow freely” – Funcom’s barbaric MMO Age of Conan has gone free-to-play. If you have any desire to quaff mead with brazen wenches, ride exotic beasts and behead your sworn enemies, now would be a good time. Check into AoC’s “Unchained” offering and commence with the slurping and slaying.

“Raid Aid” – You may have heard about World of Warcraft’s new “Starter Edition”, which allows prospective players to fire up a character and reach level 20 without time constraints. What’s new and fabulous for the subscribed faithful? Patch 4.2 introduced a Dungeon Journal containing locations, loot tables and boss abilities for all instances in the game. Your need to Alt-Tab out of WoW for tips & tricks has just decreased.

“Origin Story” – EA’s recently announced Origin digital download service will be the only way to obtain a digital client for Star Wars: The Old Republic when it launches later this year. No Steam for you! If you are worried about lack of content in SWTOR, simmer down. EA Games President Frank Gibeau has stated that each character class in SWTOR offers 200 hours of fresh gameplay. Let’s see: 8 classes x 200 hours = like … a bazillion hours! Not bad.

“Trails and tribulations” – With the new “Waves of Madness” Update 1.3 certain shards (servers) in Rift have been re-designated as “Trial” servers. These Trial shards will be destinations for the waves of incoming newbies sampling the game with trial accounts and promotional offers. What does this mean for paying players with characters already living on these shards? Eviction notices!

“Macro not micro?” The just introduced “Incarna” patch for EVE Online brought with it the Noble Exchange (NeX), or “Item Shop.” Many players are up in arms at the high prices and possible future introduction of non-vanity items, such as ships and powerful guns, which could unbalance gameplay, favoring those with thick wallets. Player protests are ongoing. Stay tuned.

“Opening the gates of Hell” – T3 Entertainment has remade Hellgate: London and are inviting interested adventurers to jump into the fire with the debut of the Hellgate Global Open Beta. Is this formerly derided and failed game now worthy of your time? Hey, it’s free-to-play. You’ve got nothing to lose by burning your shoes with a download.

That’s going to do it for this time around worldly ones. I’ll see you next week with the latest and greatest in Massively Multiplayer. Keep it logged-in.