The Space Sim genre has been one of the most ambitious and sought after titles from developers and fans alike. Ever since the early days of gaming, there’s been a desire to craft a title that allows for exploration across a sprawling universe filled with danger and wonder, while amassing resources and finding your own place within the galaxy. In recent years, we’ve seen this vision realized with titles such as Elite: Dangerous, FTL: Faster Than Light, and Star Citizen. These titles in particular found life from crowdfunding, and have since grown into massive hits that captured the attention of spacefaring gamers. And now, we’ve got one more crowdfunded space-sim that aims to up the stakes considerably. 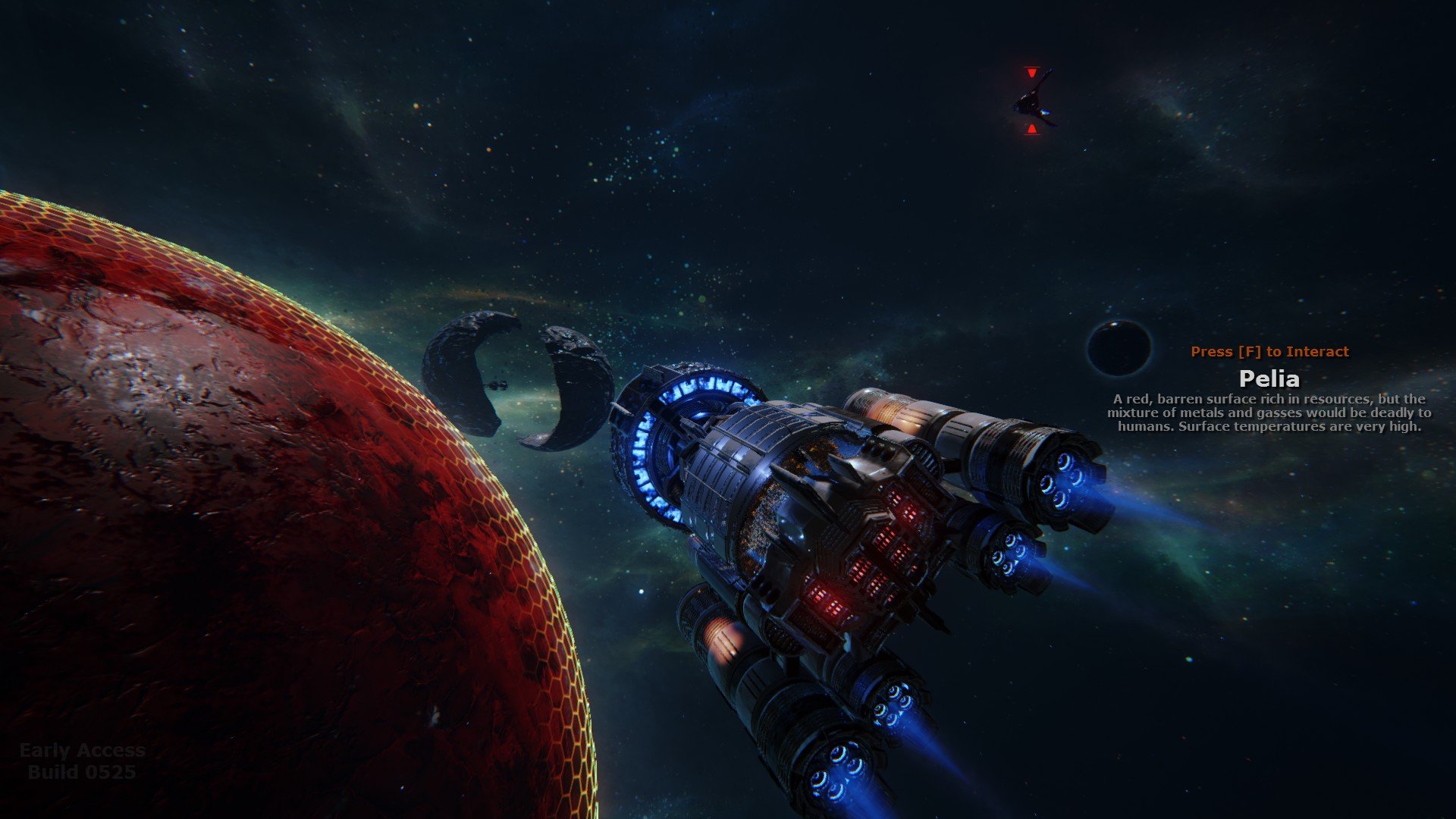 Set in the far future where mankind has populated the outer reaches of the known universe, you take on the role of a captain for the last human ship carrying a most precious cargo. After a war with an alien race destroys the last colony of humans, you must lead the remaining survivors and your crew on an exodus through uncharted territory in order to find a new home in Titus Nova, located in the far end of the galaxy. Along the way, you’ll recruit new crew members, trade with neutral alien factions, and wage an on-going struggle with the aliens that destroyed your home planet. With the fate of many lives in your hands, you’ll have to make many tough decisions in order to secure the future of humanity, while also keeping your one and only ship in working order.

The developers weren’t shy about sharing their influences for Into the Stars. From Battlestar Galactica, to Firefly, Star Trek, and even Guardians of the Galaxy — the folks at Fugitive Games wanted a space adventure that emulated the same wonder and awe from classic Space Operas, while injecting a tense and hectic atmosphere that gave players the sense that one wrong move could lead to disaster. Storytelling was an important area of focus for the devs, and while there aren’t really any cutscenes or dramatic set-piece moments, the players will be able to create their own captain, crew, and ship parameters (with adjustable stats and areas of focus) from scratch — giving them freedom in how they play and choose to forge their way across the galaxy.

With an entire galaxy map to explore, you’ll have to choose wisely where you want to guide your ship, as many different resources are consumed during travel, and dangerous foes might rear their ugly heads. Taking place on over 90 tiles shown on the galactic map, each space represents a sector of the galaxy that can be explored. Players can freely steer their ship within the tile and explore at their own pace. Each tile possess their own unique points of interests, planets, culture, resources, and other sources of intrigue. While some randomness comes into play, the developers wanted to give the entire universe a hand-crafted look and not rely on procedural generation to fill in the blanks. And the results are quite stunning. The visuals within Into the Stars are a feast to behold, and the work from the Unreal Engine 4 shows great promise. From soaring past gas-giants, derelict spacecrafts, to massive floating artifacts from alien cultures, there’s much to explore within the galaxy, and it’ll take more than one playthrough to witness all the visuals. Though be warned, spending too much time in a certain section of the galaxy will attract the attention of hostile forces that wish to wipe you out.

Taking cues from titles like XCOM and FTL, the developers at Fugitive Games wanted to have a strong focus on crew and resource management while gathering resources and keeping ahead of danger. Your ship will need resources and a strong crew to keep flying, and in order to keep both on the up, you’ll have to take risks and even make some sacrifices. When you come across planets and installations throughout your travels, you can send probes or Away Teams (a capable team of explorers) down to the point of interest to search for resources and valuables. Though bare in mind, these places can often be dangerous and result in some deaths or harm to your ship if things go south. During one instance, we sent our away team to a remote planet and found many valuable resources with no incidents. Unfortunately, our luck wasn’t so great when we went to a derelict human spaceship. An accident occurred which resulted in the deaths of some crew.

As a whole, Into the Stars is a game about taking risks. While some cases may call for the occasional space heroics, most of the time you’ll have to play it safe. During planetary examinations, sometimes its better to send probes, which result in a mini-game where you mine materials. Though keep in mind, the lives of your crew and your cargo of human survivors are a valuable resource as well. While traveling in space, you’ll come across merchants that may sell goods at the cost of valuable materials vital to the function of your ship. While giving away minerals may be easy, in some cases merchants may request some humans for the trade. It’s a pretty grim prospect, and though it may be easy to turn down a request when its first presented to you, you might be in a tight spot and have to entertain the offer. By any means necessary, your ship has to make to Titus Nova, and you may have to make some decisions that could compromise your own captain’s humanity.

But what would any space opera be without epic ship battles? When you encounter foes that seek to raid your ship, or just want to wipe out what’s left of humanity, you’ll have to defend the vessel and command your crew in a battle of wits and instinct. Unlike other space-sims, battles take place in quasi-term based format within the confines of the ship. Within the bridge, you have a clear view of the attackers, and you’ll have to simultaneously adjust shields, make repairs, and strike against the enemy when the time comes. Initially, I found the battles to be a bit confusing and somewhat dense. It’s all in menus, and you have to keep track of different crew attributes and ship parameters to stay one step ahead of your enemies. When making repairs, your view switches over to the engine room as you monitor hull breaches and causalities, all while the enemies are still attacking. While the smaller foes can be easily defeated, facing groups of enemy ships and some of the more massive cruisers can result in somewhat lengthy battles.

I was largely impressed with Into the Stars. While we’re definitely seeing an influx of space-sims as of late, this title subscribes more to the technical school of thought, rather than the focus on action and explosions. While I admit I got a bit lost during some moments, and had to consult some tutorials, I found Into the Stars to be an incredibly ambitious game that seeks to install a simultaneous sense of dread and awe from players. Not many games can get me feeling nervous while traveling through a lush and colorful galaxy filled with rich cultures and places to explore. If you’re looking for something a bit more introspective and technical for your spacefaring needs, then you’ll definitely want to keep an eye on Into the Stars.