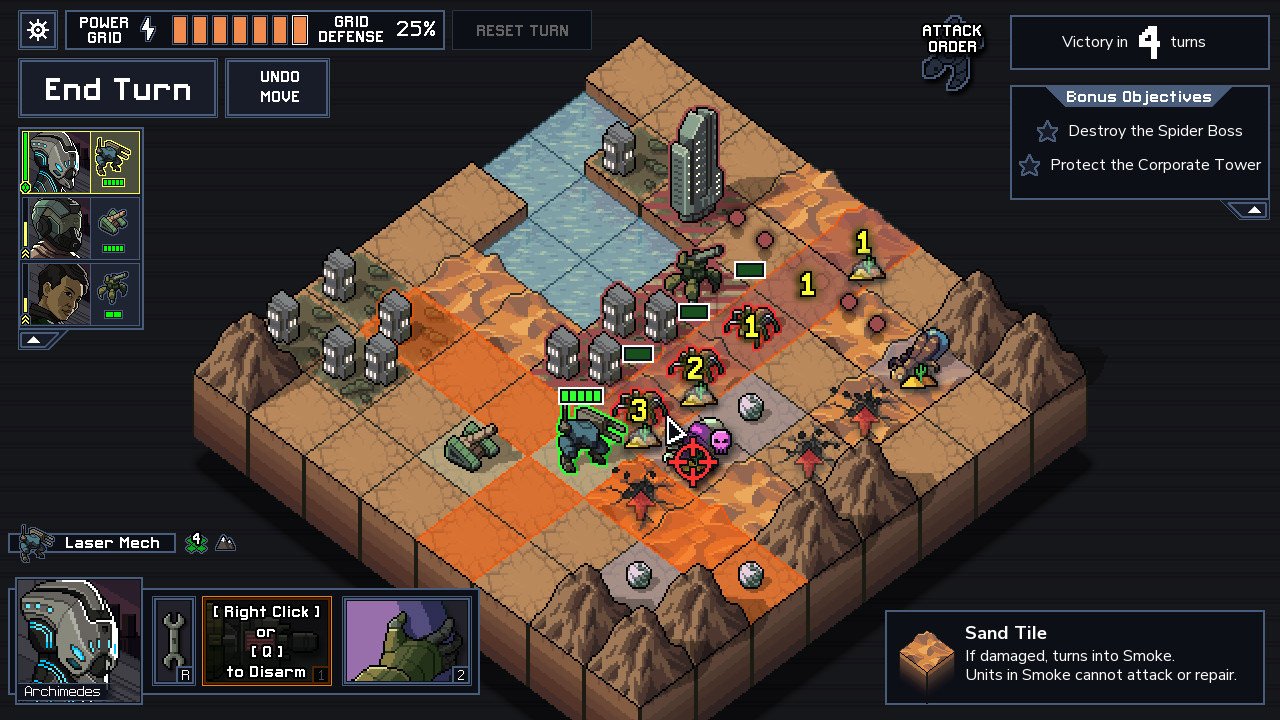 You know a game is good when the mere mention of its name compels you to boot it up for “just a quick round.” That’s how I feel about Into the Breach, the turn-based tactical mech title from FTL creator Subset Games. It’s free right now on the Epic Games Store, but you only have a day to claim it.

You might be looking at the screenshots wondering if this is your type of jam. Full stop, you don’t necessarily need to enjoy tactical games or have a long history with them to become obsessed with Into the Breach. It’s challenging, but fair, and always transparent. It’s a game about tracing through your opponent’s moves, figuring out your potential counters, and coming up with a surefire plan.

There are a bunch of different ways to play – your alien-stomping mechs come in trios, each with their own quirks and playstyles – and Subset Games knows how to ease players into the roguelite format.

Into the Breach is just the first of a dozen free PC games Epic plans to give out over the holidays. It’s also worth pointing out that it won Destructoid’s award for Best PC Game of 2018. Just sayin’!