There is a reason why strategy and adventure games faded away in the late ’90s. It’s the same reason why publishers are bringing franchises back and hamfisting them into more popular genres. It’s about money.

We used to call it “Xboxification,” but now it’s just too common of a thing to even label. So when I saw 2K Marin’s first-person shooter XCOM reboot in 2011, I thought, “Yeah, of course!” But then something strange happened. Earlier this year, XCOM: Enemy Unknown, a faithful turn-based strategy recreation of the original XCOM, was announced and is being done by the king of the genre, Firaxis Games. Even stranger, the developer is trying to make this game work across PC and consoles.

After talking with Lead Designer Jake Solomon and Lead Producer Garth Deangelis, any skepticism over the project soon disappeared. Sure, one side of me thinks that this is too good to be true, but don’t good things come to those who wait?

I imagine you must be sick of explaining and defending this game’s presence on consoles at this point. How does it feel to be so close to release?

Jake Solomon: To be honest, we had a really long last year or so. Very long! We packed up two years of work up into one year, but at the end of the day, I think we are all — this isn’t marketing bullshit — we are excited. We like the game. These guys have been working on this game for a long time and beaten it multiple times. If it didn’t turn out well, I don’t think we’d be doing more interviews.

This has been bugging me: Why have you guys dropped the hyphen from the title? Is this a Chinese bootleg X-Com you’re making or something?

JS: I didn’t want to man! I didn’t want to drop it! I played this game when it came out in ’94. It’s the reason I had a computer science degree. It’s the reason I’m in games and it was one of those things where I don’t know why there isn’t a hyphen anymore. But we snuck it in. It’s one of those things where it’s officially rebranded but my wife was like, “What’s XCOM?” I was like, “No, it’s ‘X [space] Com’! Can you see the big dash going through the logo?”

Is there any advantage to playing on PC?

JS: They are the same gameplay wise. PC, it’s different from what you are used to playing, but one thing I like about PC versus console is that we have a little bit more of a tactical interface on PC. It’s a minor feature, but we brought back the phone booth from the original on PC. The game isn’t built on a grid, but if you hold down the right mouse button, you’ll see a grid that makes flanking easier. Now that we’re at the end of the project, you focus on console since it goes to cert first, so now we are mostly focusing on PC.

By the way, you can play on a gamepad as well [as] on keyboard. We sort of mapped everything around WASD so once you get used to that you are good.

Garth Deangelis: We just used the very average console player controls, but it just works. They immediately know how to move and figure out firing. 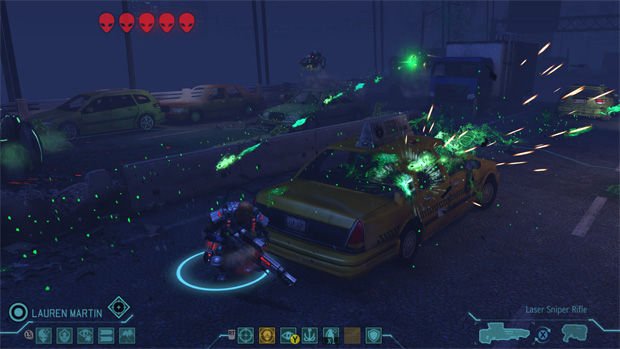 Did you guys plan for a console release from the very start?

JS: Yeah, that was always the plan from the very beginning.

So many developers have tried to port strategy games to consoles with little success over the years. What makes you think XCOM won’t follow suit?

JS: That’s the big question. I suppose our belief is that XCOM is strategy, but it’s a new type of strategy even though it’s 20 years old. Obviously we are big fans of strategy, but it generally focuses on numbers. XCOM is different because you have the strategic layer but you also have the combat layer where you control your soldiers individually. You can’t just have the tactical layer because it’s not enough. XCOM is very distinct.

Are there any positive examples that inspired this reboot’s design?

JS: Yeah, Civilization Revolution which we did in-house. I unabashedly loved Civ Rev. That did well for us. And Halo Wars. I don’t know how well it did commercially but critically it was alright. Real-time combat is hard to do. That’s how you get really limited by the control scheme. It’s nice to make a turn-based game where that’s not an issue. You ever played X-Com on the original PlayStation? It wasn’t so bad. It worked pretty well. Turn-based games are much better suited for console than real-time series. They have a great legacy not on the big consoles but on handhelds.

JS: Oh yeah! Their camera system we admire. We got a lot of inspiration from the camera system, but that was a more combat-oriented game. 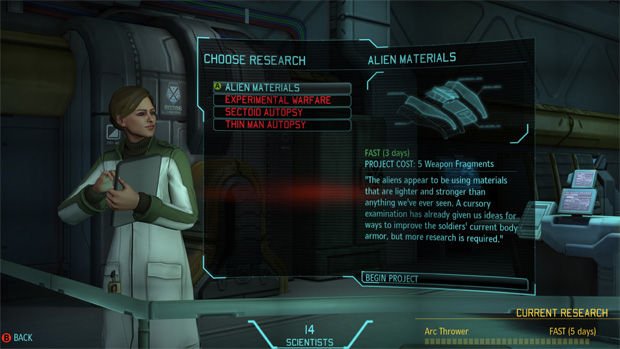 Dealing with a PC franchise with a cult following can’t be easy. I see in comments people complaining that Enemy Unknown‘s squads are reduced to six. Has it been hard knowing when and where not to listen to this vocal minority of series fans?

JS: Yeah. I think as opposed to listening to the minority, I come from that group of really hardcore, so I can talk very in detail about the original and how you should do things and the problems with certain weapons. So at least I come from the same place and I can have an honest conversation. I don’t have to lie to them when I say, “This is why squad sizes are smaller, this is why this is this way.” This is why it’s exciting we are about to put this game in peoples’ hands, and I’m really confident fans of the original will have the same experience they had with the original.

The actual mechanics aren’t as important as the pillars of design. As long as you have things like permadeath, fog of war, [and] destructible environments, the mechanics can make the game even stronger in some regards. “Why are the time units gone?” They know those things have value and they aren’t wrong in saying that, but we changed the design of this game so the enemies can do more and have more options. It doesn’t hurt the game experience.

The original X-Com was notoriously difficult. It seems like you are making this one a bit easier, but will old fans still have options for higher difficulties?

JS: [laughs] Ooooh! We are not making it easier! We have the difficulty range. Perhaps our normal is easier, but players who play what we call Classic difficulty — a nod to the original — they will definitely feel the challenge. We also have Impossible. We have one tester who beat that mode, so you can beat it! We also have Ironman mode for people who want to play that original mode. I don’t recommend it the first time. This is like Hardcore mode in Diablo, where the game will save the game for you. When you lose guys, you can’t even save.

GD: It’s totally challenging! My first playthrough, I lost 42 soldiers on Normal. After that, I played again and lost 18. Then I bumped it up to Classic and lost about the same. It definitely made me feel smarter as I got better. There is no reloading in Ironman. We want anyone to pick up the game and understand it in the tutorial. We are teaching the many systems of XCOM, one at a time. But once they are off the rails and on their own, all the challenge of the original is there. 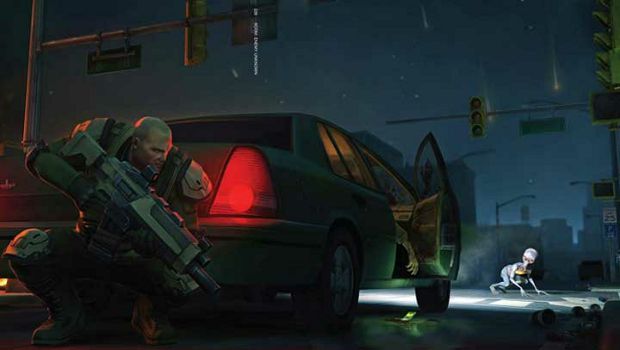 Can a player find themselves in a position where their best members died so they have to start the game over again?

JS: We embrace the fact, as games go, we are a lot different because soldiers die. You can lose the game. You can play our game and you can lose it. That’s not just to be challenging. XCOM is a game where you have to get better at it and test yourself. That’s what creates the investment for the player.

When your guys die, they are gone for good. There are a couple ways to get new soldiers in our version. You can hire rookies but they’ll panic a lot. There are also some missions that will give you more advanced soldiers as replacements, if you want.

If you are playing Ironman, you may find yourself skipping missions to hire rookies. It depends on the difficulty level. On high, they are expensive; on low, they are cheap. That’s part of XCOM: if you do poorly on combat or have a couple missions you lost, you can find yourself stretched. I’ve gone on missions where I can’t bring the full six squad!

This is the first Firaxis game to ever not have Sid Meier’s name on it. Was this ever a point of contention, if for nothing else than tradition?

JS: It’s funny because I wanted Sid’s name on it just because it’s a gold standard. He always was like, “That’s not a game I’m going to put my name on!” because he only puts his name on games he originally designed. He didn’t have a hand in the original design of the game, so he was like, “No! No! Not putting my name on the game and neither are you!”