MMO Star Trek Online has been on my mind. I like its ideas, its concepts, some of its elements and the fiction its supposed to be pregnant with. Plus, I enjoyed my stint in Cryptic Studios other MMO, the colorful Champions Online.

I recently had an opportunity to talk to Andy Velasquez, an associate producer on STO about his game via e-mail. Instead of lingering on mechanics, I decided to hit him with questions about the downloadable content, lessons learned from Champions, as well as STO’s future and possible console releases.

I liked his answers, and if you’re into STO, you probably will as well. Give the full interview a read below the fold. 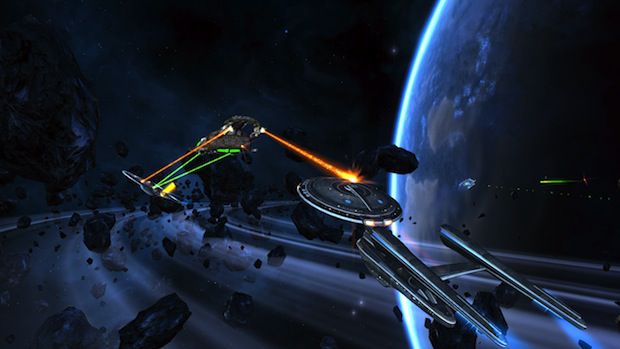 How did Champions Online influence Star Trek Online? What lessons did you learn from Champions that you’re now applying to STO?

“Whenever you launch an MMO you can learn from what it did well and what it didn’t do well. We learned about day one patching, beta process, retail keys, web design and flow… Lots and lots and lots of things.

“We have, thankfully, taken those lessons from Champions Online and applied them to STO.  We looked at what aspects the fans really liked and what they didn’t like.  We looked at what worked and didn’t work. We made lists. We checked them twice. Naughty. Nice. Etc. Even though we have a different team working on STO then we did with Champions, it’s still the same building and the same company. It’d be impossible not to learn our lessons and apply solutions to STO.”

On that note, do you think STO complements Champions?

“Complements? Sure. Certainly, I don’t think it’s one or the other. There’s definitely room for both. STO and Champions Online really are different types of games.  They may have similar characteristics (qualities inherent with most MMOs) but they offer different play experiences, art, design, universes, the works.

“Even though, yes, Cryptic has developed both games, you will find STO to be quite different. Probably not so dramatically different as Street Fighter vs. Madden, but certainly each game stands on its own.” 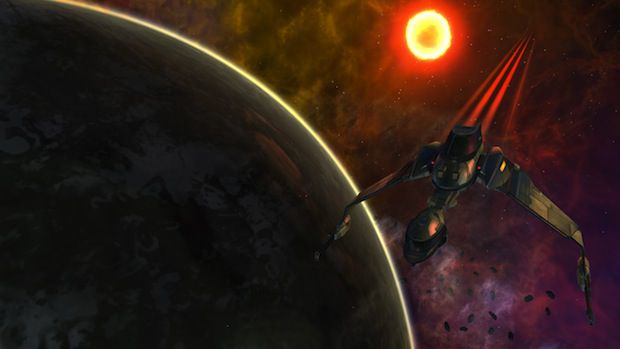 How big of an impact do the Star Trek faithful have on the MMO? Do you feel added pressure? Furthermore, do you see yourselves using their feedback and ideas? After all, these guys have been creating their own bits and pieces of Star Trek fiction for years.

“There is definitely added pressure. Star Trek is a very big, very important IP that must be treated with respect. We love it and would never hurt it. Plus, fans love it and would hurt us if we did. More than pressure, there is excitement.

“Doing a Star Trek game … There’s just so much history can take from and add to our title. There are so many fond memories we can finally make real. It’s a genuine pleasure. The really exciting thing about doing Star Trek as an MMO is that after launch we can keep adding more. So, we’ll be able to add new content and new playable races and get in the quality feedback from fans about what they would like to see in the game.”

I’ve heard rumblings of additional races and themed content, but can we expect something more out of the downloadable front? Star Trek is a limitless bit of fiction, where people can time travel or jump into alternate realities. Do you think this kind of stuff opens the door to truly unique content? If so, what should we expect?

“We’re definitely going to be adding content across the board. Nothing we can really delve into, though.” 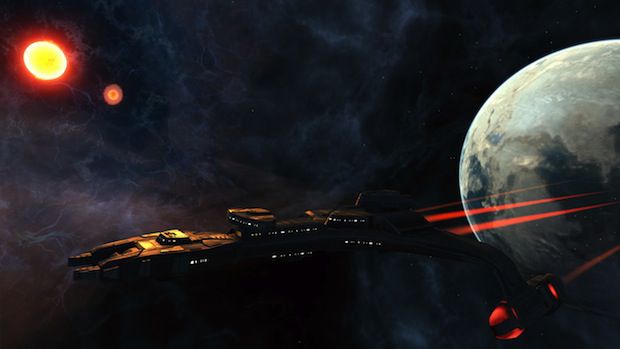 Where does Star Trek Online fit within the MMO genre? Do you think it will reach World of Warcraft’s popular status? Will it keep trucking like Everquest or Asheron’s Call have managed, etc., etc?

“We would obviously be ecstatic if STO came anywhere near World of Warcraft’s popularity and success, but that’s not a requirement for us. We’re not trying to directly compete with any of those titles, really.

“Certainly, I would say that we’ve done something unique in the MMO genre and that Star Trek fans and gamers alike will both love the game when they get the final in their hands. But really, as a developer, you do the best you can for years on end and then roll the dice and hope for the best.”

When you think about Star Trek Online one year post-release, what do you see? Three years? A decade?

Right now, honestly, we’re focused on launch and what follows. Making a long-term plan is great, but so much of what we do will be determined by our fans and users that much of the plan won’t be applicable. So, we’re obligated to take a wait-and-see approach if only so that we can better appease our player base. Why bother planning out 10 or even 1 year’s worth of work if the first thing out of everyone’s mouth is going to be, ‘Don’t do that?’”

Will STO see a console release? Is it still planned? What about Champions Online?

“We’ve always planned on releasing our games on consoles. Unfortunately, we don’t have any announcements to make quite yet.”

We would like to thank Andy Velasquez again for his time.