In the world of MMOs, we all know the heavy hitters. There’s World of Warcraft, maybe a little adventuring in Middle Earth, some crime fighting in City of Heroes and Champions Online, maybe some free-to-play action. Then there’s Star Trek Online. When it launched in 2009, fans fell for the opportunity to enter the universe “where no man has gone before”. A substantial enough of a hit, Cryptic has been active in making sure new content comes to the game.

One side-effect of Star Trek Online is the “seasonal” approach to adding content. Atari and Cryptic have Season 2 available right now for Star Trek Online, and the new content will appeal to Trekkies and non-Trekkies alike. With new plot elements, mini-games, cameos and a whole lot more, it looks like there’s a lot here to appeal to anyone wanting to make a return to the Star Trek universe. I had a chance for the Executive Producer of Star Trek Online, Daniel Stahl, to answer a few questions about all of this new content. We discussed the general feel of the new series, and what they hope for the future of the game. For anyone thinking about returning to Star Trek Online, this would be an important interview to read. Hit the jump for our discussion. 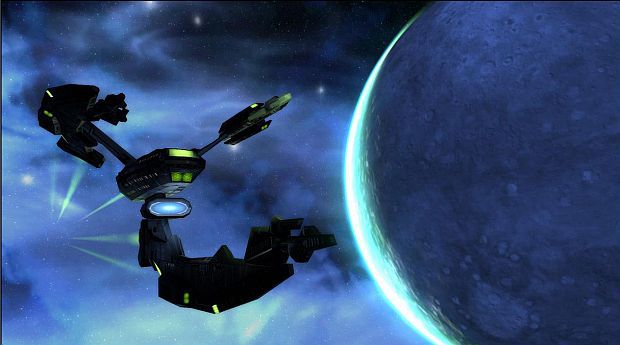 Destructoid: Now that the game is entering “Season 2”, please describe for me the feelings you hope to evoke with this expansion. What sort of new experiences will we see with the game? Is this considered an expansion or a seasonal update?

Daniel Stahl-Executive Producer of Star Trek Online: Season 2 was a lot about reaction to the feedback we received from players. People asked for non-combat missions, so we delivered. People demanded more PvE Klingon content, so we built that.

We’re also trying something new with weekly episodes. They’re brand new, level-agnostic content that people of either faction can play. We’re debuting a new one each week for a while. The episodes are connected and tell a story new to Star Trek Online. We want people to have something to be excited about each week, and we think this is a good way to generate some of that excitement.

Season 2 isn’t really an expansion – it’s just a big update. We structure all of our updates like this. There will be a Season 3 and Season 4, as well.

Overall, I’d say we want to evoke a feeling of excited satisfaction from our current players, and to continue to provide a sense of wonder and potential from all of our players new and old. 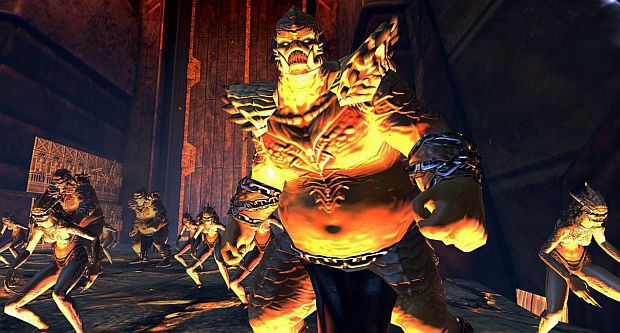 Please describe the Diplomatic Corps. Star Trek has always been about intercultural interactions more than action and shooting, and what will fans of this side of Star Trek find?

The Diplomatic Corps is a new gameplay option for players. It has its own reward and advancement system. As you complete special missions for the Corps, you gain diplomatic experience and then progress in rank, which gives you access to higher-profile missions.

One early mission is called Quarantine. A disease has found its way onto your ship, and it’s up to you to work with Starfleet to develop a cure to save you and your crew. There are also First Contact missions, where you can reach out to civilizations that have just developed Warp technology. You can learn about the new species and speak with their leaders, and so on. But that’s just the beginning of this system. We’re going to develop it more based on what people tell us they want to play.

Will we see more references from the show make an appearance in the game?

Definitely! This is more of an “as we can” thing, and if it fits. Since Star Trek Online takes place at later time than any of the shows, it won’t make sense to see some characters from previous shows. That doesn’t necessarily tie our hands, though.

For instance, in Season 2 we introduced a gambling mini-game: Dabo. Leeta, a “Dabo girl” at Quark’s Bar, was a popular recurring character from Deep Space 9. Our community really wanted to see her included in our presentation of Dabo, so we designed a holographic Leeta and recruited Chase Masterson, the actress that played Leeta, to provide voice talent. 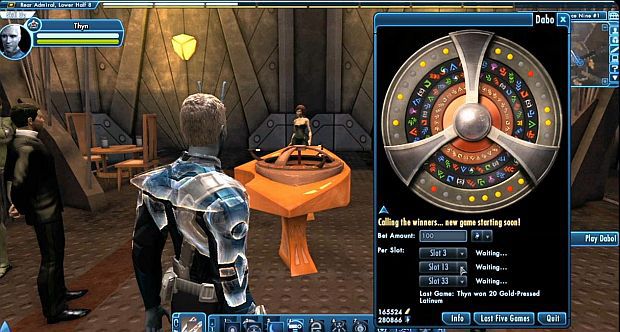 Plot-wise, where are we in the game now? How has the overarching narrative of the universe progressed?

The universe is still at war. The Federation and the Klingons are still engaged in hostilities, and the Borg are trying to take advantage of the instability to move against both groups. To make matters worse, the Undine, a shapeshifting race from beyond the Alpha Quadrant, have emerged as quite a threat.

In Season 2, we’ve added the Fek’ihri, a fabled enemy of the Klingons. They feature in the Klingon-exclusive episodes we put together. And in our weekly episodes, players will square off against the Breen. So really, things are pretty hot everywhere.

How has the response been to the game been? Working with the Star Trek franchise has probably been a dream come true. Has it been the flexible experience you hoped?

Star Trek fans are some of the most passionate and knowledgeable fans out there and they’re definitely not shy about giving you their opinion about the game.  They have really given us encouragement and feedback as well as some great ideas for what they would like to see in the game. We’ve been taking a lot of cues from them on our mini-game designs, for instance.

I’ve been a Star Trek fan for a long, long time and I was really excited to be given the chance to add to such an awesome franchise.  Fortunately for us, CBS has given us a lot of freedom with Star Trek and have been great about providing feedback and any sort of information we may have needed throughout the development cycle.

Where do you hope to go next with Star Trek Online?

We really want to get Klingons caught up, content-wise, with the Federation.  And in general, we really want to polish the experience to a mirror shine.  I want the things our players encounter to be good, not just there. That’s coloring everything we’re doing going forward.