At Nintendo’s Wii Sports Resort launch event in Times Square yesterday, I was able to speak briefly with the Senior Product Marketing Manager for Nintendo of America, Bill Trinen. (You may recognize him as the translator for the company’s Japanese leaders, Shigeru Miyamoto and Satoru Iwata.)

Trinen seemed to be in high spirits, even as it began to drizzle at the tail end of the day’s festivities; I suspect he was happy that the event had been such a success. Hit the jump to get his opinion on the launch of Wii Sports Resort, Wii MotionPlus, and what the tagline for the game, “Escape to reality,” means. 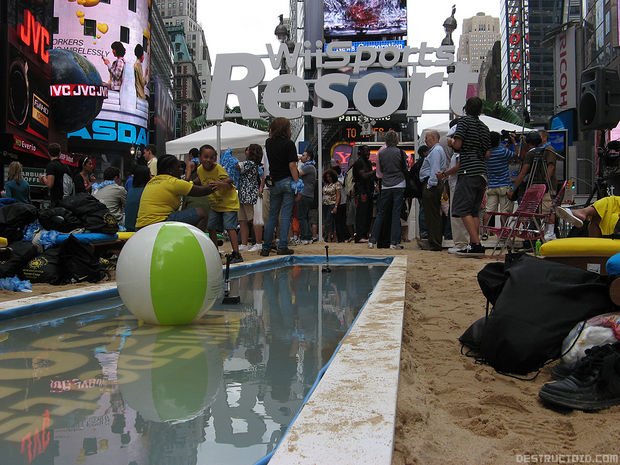 Destructoid: The event seems like it’s been a real success. What was the busiest time of the day, or have people been streaming in and out?

Trinen: I think the busiest time was probably when we had a few brief moments of partially clear sky. You could see the sun up, and there were a lot more people out in Times Square. But pretty much all day, people have been streaming in, people have been walking by. It’s great, because I was standing over here and people were walking by on their cell phones, in a normal conversation, and all of a sudden, they’re like, “Oh my gosh! There’s a Wii resort in the middle of Times Square! This is crazy!”

So you’re launching Wii Sports Resort on Sunday [July 26], is that correct?

And it comes with how many MotionPlus units packed in? 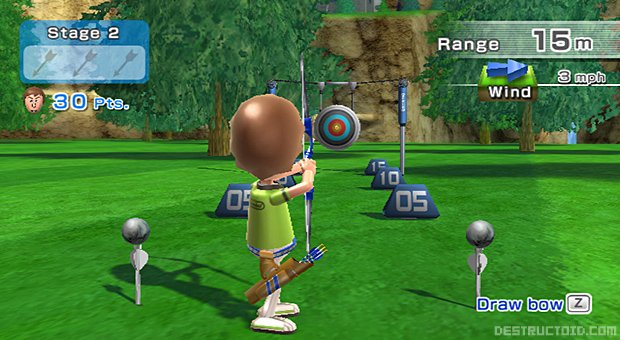 Well, I think — especially for us — the thing about something like a new accessory, whether it’s Wii MotionPlus or any of the other accessories we’ve done, it’s really, “Is the gameplay experience compelling enough to give that accessory a reason to exist?” And in the case of Wii Fit and the Balance Board, I think that was obviously the case.

With Wii MotionPlus, we’re seeing Tiger Woods [PGA Tour 10] was a very, very well-executed game [that] takes great advantage of Wii MotionPlus. It’s already got a pretty good install base for us out there in advance of the launch of Wii Sports Resort. So I think already, there are audiences that feel that Wii MotionPlus clearly brings something new to the table, [that it] creates something new that you can’t have anywhere else. And I think that, as long as that’s the case, that people are going to — if they feel there’s value in that experience — that they won’t hesitate to pick up a second one. 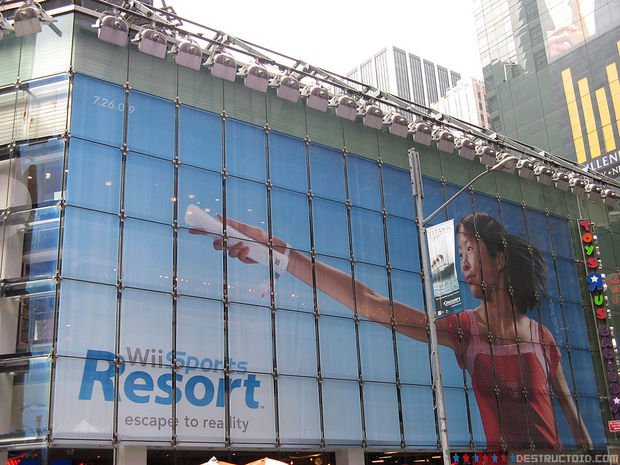 Finally, I was wondering if you could speak a little about the tagline [for Wii Sports Resort]. “Escape to reality” seems sort of counter-intuitive because you’re going to this resort on this island. I was just a little curious about that.

[laughs] Well, I think maybe the idea behind that is that being [in] a resort setting, you’re kind of escaping from reality in terms of going to the resort, but that maybe Wii MotionPlus brings a new realism to the play control. So it’s kind of, maybe, a play on words. I didn’t come up with it myself, but that’s my theory!

Thanks for your time!