As someone who covered Evo this year, I became enchanted with the fighting game community. There is just something about the competitiveness, drama, and camaraderie of the fighting game scene that is infectious to those share a passion for fighting games like I do. It’s something that must be experienced to be understood, and sadly not everyone has had that opportunity yet.

Thankfully, the new documentary I Got Next, which is about the fighting game community that captures this spirit, has been made available to watch on Hulu. Directed by Ian Cofino, this film follows several of the most well-known players in the fighting game scene, such as Justin Wong, Mike Ross, Gootecks, and Joe “iloveu” Ciaramelli, as they journey to compete in Evo 2009. I really enjoyed watching this documentary and highly recommend it to fans of the fighting game scene or even those interested in seeing what the hype is about.

I had a chance to ask Ian a couple of questions about the documentary, so read on to get an inside scoop straight from the director! 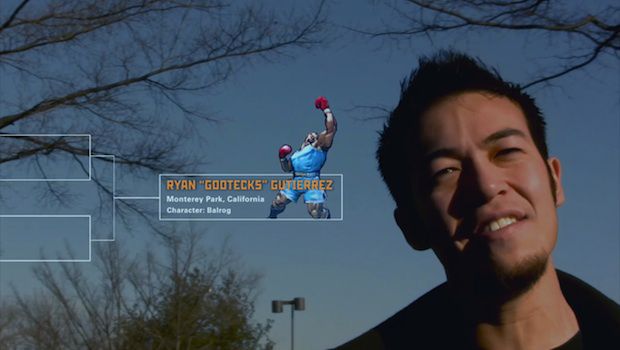 What prompted you to start your documentary of the fighting game scene?

I was just starting to get further into the competitive scene back in late 2008. At that time, I was coming up on my final semester in college at SUNY Purchase (State University of New York). Each graduate of the arts program is required to complete a “senior project.” I was also starting to become heavily enamored with motion design and animation, so I Got Next came from a mixture of two interests very close to my heart. At first, it was going to be a short documentary, more of a five- or ten-minute informative piece used as a platform for me to experiment with motion design. As I started filming more, though, I was encouraged by the community and inspired by the documentary’s potential to create something much larger in scope than what I originally envisioned.

How long did the whole process last, from inception to completion? What took the most time?

Well… It was a pretty long process. Filming started at NEC 9, an annually held tournament in Philadelphia, in December 2008 and finished in late 2009 (with some pick ups in 2010). Post-production was most of 2010, which included the editing, music, mastering, and motion design. Coming out of 2010 and into 2011 was festival submissions then finally talks for distribution, which finally gets us to today, where it’s out on Hulu.

By far, the longest process was getting it out the door. The most energy and work on my end went towards the shooting and editing (more towards the latter), but I never would have guessed it could take so long just to find a distributor for the film and then get it out there. I have to thank people like Jeremy and Andrew from Mattoid Entertainment for their help, ’cause I’m honestly in the dark when it comes to distribution. Without those guys, it might have been something more like I Got Next Fall 2014! 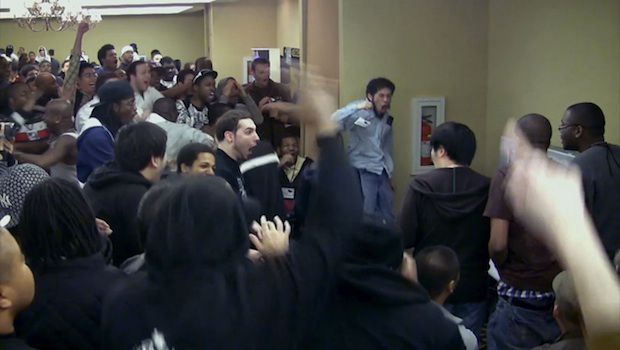 Why did you focus mainly on the Street Fighter world for your documentary?

That’s an interesting question. At the time, Street Fighter IV was being released and it was the perfect catalyst for the scene. There are definitely other interesting people that I could have profiled from other communities with the fighing game scene, but SF4 was kind of the perfect storm. It brought people from all different games together and revitalized the tournament scene. The players I ended up filming with (Justin, Joe, Mike, and Ryan) all were deeply entrenched in the SF scene as well, so I had almost no choice once I stuck with them to center the film more around SF.

Ultimately, I never worried after a certain point about game representation, because the film is less about SF and more about the people that make up the community. And within the film, we have the four of them acting as a great representation of a cross section of that community. At least, that’s how I perceive it. 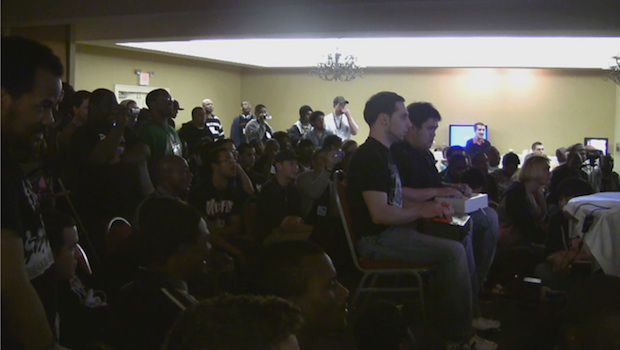 It’s been almost all positive, which is fantastic. I think people are excited to see the community profiled like this, and I’m ecstatic that I not only got the chance to do it but was able to make something that people enjoyed. Well… it’s been almost all positive except people outside the US who can’t currently see the film on Hulu, but we’re working on getting it up somewhere else!

I tried my best to bridge the gap between the mainstream and the hardcore when creating the movie. I wanted it to be enjoyed by people who are within the scene and can identify themselves in the background, and by people who have never picked up an arcade stick but can identify with some of the struggles Mike, Joe, Ryan, and Justin are dealing with. I’m not quite sure if I hit that mark. I’ll have to see when more feedback comes in as it reaches a wider audience.

Finally, what would you say was the best part of filming this documentary?

The best part by far was forming relationships with people in the scene that I have to this day. I’m really happy that I got the chance to create the documentary, because it opened up a culture to me that I also didn’t know much about at the time but that I’m now a part of and really enjoy. Some of my best friends now are within the community, and I never would have made those connections had I not started the project.