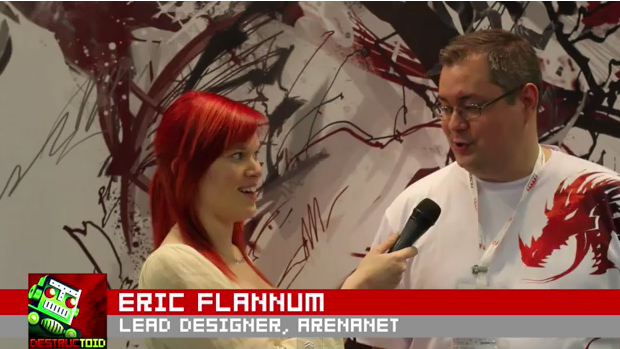 While Guild Wars 2 was announced at gamescom 2010, NCsoft and ArenaNet have spent this last 12 months perfecting the art of continuously releasing enough bits of information to keep fans desperately clinging to the edge of their chairs.

This year, we got to see a whole hour’s worth of gameplay and character creation mode, as well as some of the upgrades to combat, a new PvP arena, some epic boss battles, and underwater fun. However, the Guild Wars 2 team continues to keep its lips sealed on both a release date and what the eight unannounced profession is.