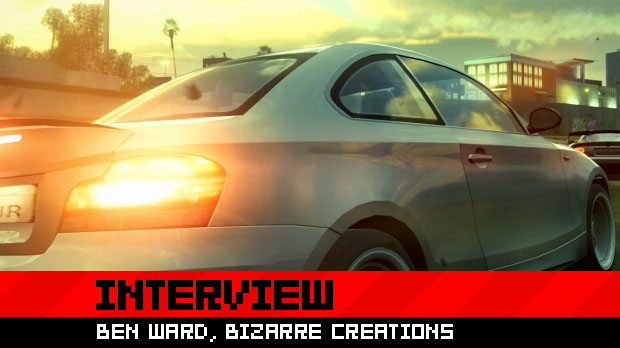 Some are looking forward to it, others remain cynical, but Activision is the publisher behind Blur, so it’s going to be big. Despite what some have said about the early showing at E3, I remain hopeful that Bizarre Creations has a fun racing game in store that will support a solid community and potentially bring back the good old days of racing games.

We don’t know how much fun Blur will be when it arrives, but we caught up with Bizarre’s Studio Communications man Ben Ward to find out a bit more. We discuss Bizarre’s thoughts on the racing genre, the possibility of using Project Natal in a racing game, and just what Blur‘s doing to reinvigorate gaming and provide a real sense of community.

Read on for the full interview. 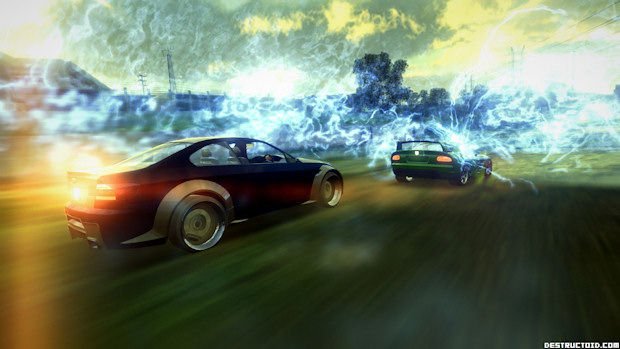 Destructoid: It’s interesting that Blur has very clear “kart racer” sensibilities, but dresses those sensibilities up with a more believable coat of paint. What was the thinking behind the aesthetic style? Do you think the genre needed a more “realistic” kart-style racer?

Ward: Actually, we approached Blur from the other direction. Bizarre has always been good at more realistic racers. We knew that much of our strength lies in reproducing realism — we’ve been doing real-world cars, environments, and handling for ages now!

But, Blur isn’t a kart racer.  For example, we’ve got a realistic handling model (with assists), with layered power-ups on top. Our intention wasn’t to do a kart game, but rather add another layer of excitement, and fun and strategy to what we were doing anyway … to push the style of our previous games into a new area.

Destructoid: Activision said that it wants Blur to do for racing what Call of Duty did for shooters. Is this because you guys believe that racing games lack mainstream appeal, or have been in need of reinvigoration? What is it about the racing genre that needs a shot in the arm?

Ward: I won’t comment on the Blur/Call of Duty quote simply because it didn’t come from Bizarre.

Now, regarding the racing genre, yes, from Bizarre’s point of view we do think it has stagnated recently.  There are a lot of sequels, and a lot of similar looking games. Even the box art of a bunch of recent titles has looked way too similar! I’m not saying we’re innocent of this, but we did have the opportunity to step back, identify problems, and create something brand new with Blur.

Destructoid: Blur must also draw a lot of comparisons with the Burnout series, which is probably the biggest competitor when it comes to breakout racing titles. Is there pressure to beat Criterion’s franchise, and how do you hope to lure people away from that particular strain of games?

Ward: I wouldn’t say we really have a definite “competitor” — that’s not the mentality we have at Bizarre when we create and develop a new game. We’re just trying to make Blur the best game we possibly can … hands down. I think that’s usually enough to “lure” people in — quality usually wins out.

Destructoid: It seems that racing games were far more popular once upon a time than they are today. Going back to the previous question, can this be traced back to something inherently wrong with the games themselves, or is there something else that has caused interest to wane?

Ward: The racing genre just hasn’t really moved on drastically in terms of features or general innovation. When you look sideways at something like the FPS or RPG genres, there are tons of new things happening all the time: Storylines, gravity guns, massively multiplayer, co-op, etc.  But for the racing genre, you can probably count the number of true innovations in recent racing games on the fingers of one hand, which is unfortunate.

That’s why we wanted to change things up a bit with our next project, and hopefully bring a bit of newfound life and excitement back to the racing category, and I think we’re heading down the right path to accomplish this with Blur. 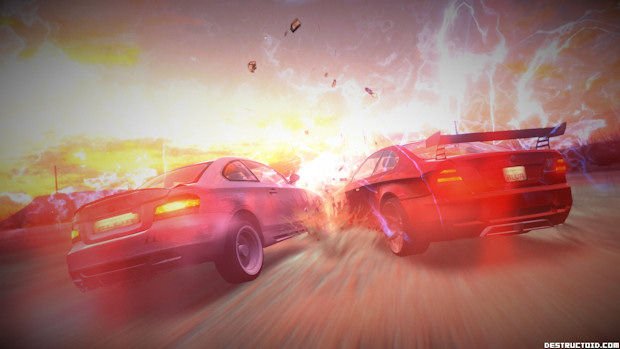 Destructoid: How do you feel Blur will put racing games back into the forefront of consumers’ minds?

Ward: Well, Blur is a hugely exciting game which is just great fun to play, with intense physics-based power-ups, great tracks/locations, real-world cars WITH damage, multiple cars on-track at the same time, social networking, customizable multiplayer, detailed split-screen modes, and gameplay that appeals to both casual gamers and hardcore racers alike — depending on how strategic players want to be with the power-ups.

Destructoid:  Will customization be a big part of the game? Will players be able to trick out their vehicles and create their own personal drivers?

Ward: We’ve opted to keep the customization pretty focused on power-ups for Blur. We did experiment with the idea of tweaking car settings like engine mappings and shocks, but to be honest we didn’t think it was right for our game — far too fiddly and intangible.

Instead we’ve gone for a power-up-based upgrade system, where racing well will earn you fans (our new version of “Kudos”), and fans equals cash, which you can spend in the shop. You can choose the order in which you upgrade your cars, so it’s not a linear progression. The upgrades themselves change the way the power-ups work in the game.  For example, after spending some money in the shop you’ll be able to hold two power-ups at a time instead of just one (and you can swap between them with the Y button). Another upgrade lets you deploy a shield to defend against people using their power-ups against you. And another upgrade lets you “double-tap” the A button to use two power-ups at once, causing a cataclysmic super-powered effect.

There’s a huge amount of depth to upgrading your power-ups in Blur, especially considering you don’t NEED to purchase everything. You can just pick the stuff which appeals to you, and then find your perfect play style. The system is a lot more accessible and exciting than simply messing with your transmission or tire size or whatever…

Destructoid: Can you tell us any more about the social networking plans for the game? Are you hoping an entire Blur community will arise from this game, and what are you doing to help cultivate that if so?

Ward: We’ve always been keen on fostering a community for our games — it’s something we’ve taken very seriously in the past.  Nowadays we’re looking at giving these tools directly to the community, so in Blur you’ll be able to set up your own game mode, and lay out specific rules which govern how people play the game. If you only want Nitro power-ups, then that’s fine. If you want to award points for causing destruction rather than race position, you can do that. Have 10 teams of two racers each? Sure!

The intention is that people will create race modes that we didn’t think of. At Bizarre we’ll monitor the trends and popularity, and “promote” the best ones into prime-time slots. We hope a thriving community will arise based around these user-generated groups.

Destructoid: How do the physics hold up against such games as Forza and Gran Turismo? Are you aiming for a realistic presentation of crashes and vehicle handling, or will we be treated to something a little more over-the-top?

Ward: Under the hood the physics engine in Blur is just as detailed as something like PGR or Forza. As I mentioned earlier, we’ve always been good at this kind of thing at Bizarre and we’ve extended this to Blur.

However, the nature of the game is fundamentally different from what we’ve done in the past. This time around we’ve added braking and steering assists so that it’s easier to pick-up and play if you’ve never really been into racing games before. You can turn these off if you want a purer experience though. 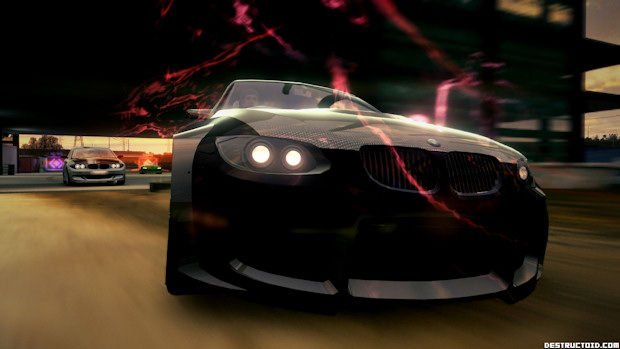 Destructoid: With all the major platform holders moving into the realm of motion control, can you see Blur embracing such things as Project Natal and Sony’s motion wand?

Destructoid: What do you think of the proliferation of motion control as a whole in the games industry?

Ward:  I think motion control is an interesting development, but fundamentally not suited to some styles of game. Swinging a virtual club might be awesome in Tiger Woods, but do you really want to hold your hands out in front of you for a full 10 minute road race? I think you’d only last a couple of laps before you dropped the virtual steering wheel.

So yeah, it’s an interesting development but I can’t see controllers being completely replaced any time soon. And neither should they – the modern video game controller has evolved over more than 20 years to be the right tool for the job (in many cases).

Destructoid: Finally, with Grid, Dirt, Fuel and now Blur, do you think the world is big enough for anymore racing games with four-letter names?

[Destructoid would like to thank Ben Ward, Bizarre Creations and evil publisher Activision for their time and help.]