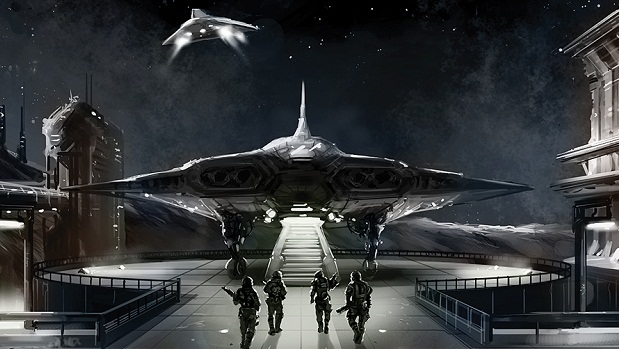 If you were a PC Gamer back at the end of the ’90s then you’ll undoubtedly have been chilled by the sinister tones of the malevolent AI SHODAN in System Shock 2. She was the proto-GLaDOS, always chiding you but without the jokes. Now voice actress Terri Brosius will be voicing another AI, this time in Interstellar Marines.

We’ve looked at the game a few times over the years and every time we see it, it’s more polished and boasts more features. Promising a combination of non-linear action and genuine tactical depth, Interstellar Marines definitely stands out from most modern shooters. Especially with its crazy shark monsters.

Interstaller Marines has been in development since 2005, but it appears to be nearing completion. However, the Kickstarter has only reached $125,000 of its $600,000 target with only a few days to go. If the project isn’t fully funded, hopefully developer Zero Point Software can find some way to get the project out. It has been successfully Greenlit on Steam, so that must be some comfort.