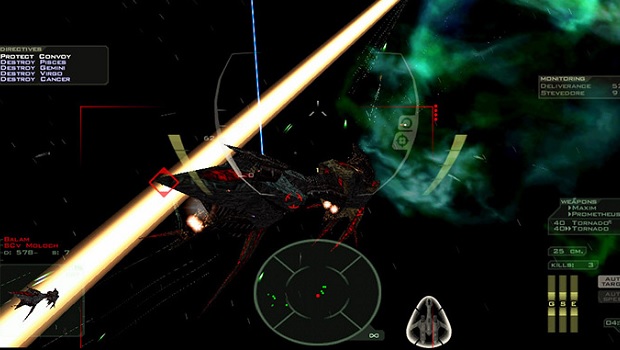 The classic space combat sim is back with its original publisher

In this week’s episode of The Question, I talked about how much I’d like to see a new Freespace game; now we’ve gotten an update as to who owns the Freespace IP. Coincidence? Almost certainly. Polygon has discovered that the intellectual property for the classic space combat has been sold to its original publisher, Interplay, for a paltry $7,500.

Freespace was originally developed by Volition, now probably best known for developing the Saints Row franchise. After the collapse of its parent company THQ, Volition was sold to Koch Media but now court documents show that Interplay is the owner of Freespace.

While any news on the Freespace IP would make me happy, Interplay unfortunately hasn’t been very productive of late, even almost teetering on the brink of collapse. Sure Interplay published some absolutely classic games — Fallout, MDK, Earthworm Jim, to name a few — but I’d love to see the IP go to a publisher who is actually going to make a new Freespace game.

Interplay purchases Freespace IP from THQ and Volition for $7,500 [Polygon]