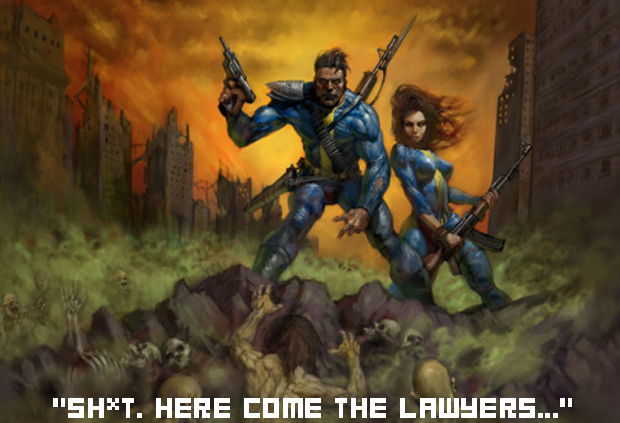 Just over two years ago it was announced that Interplay, having sold the Fallout series to Bethesda, had bought a license to develop an MMO based on the property under a few stipulations regarding development time. Well, the deadline came and went this month and it seems that Bethesda has come a-calling to take the license back.

According to Interplay’s Form 10-K filing with the SEC, Bethesda has made clear their intention to terminate the license agreement. Under the agreement, Interplay was required to secure $30 million in funding for the game as well as be under full-scale development by this time, which Bethesda claims has not happened as of this time. Interplay “adamantly disputes” the claim.

Only two weeks ago (and one day before the deadline), Interplay announced that it had formed a partnership with Masthead Studios which brought some cash in for development of the codenamed “Project V-13,” long rumored to be the Fallout MMO. Whether that brings them over the dollar amount required to meet the terms of their agreement with Bethesda is unknown, as is exactly what “full-scale” development means.

A Fallout title is probably just about the only thing that could draw me into the MMO space and I’ve been eagerly awaiting more information on the game. Of course, this is Interplay we’re talking about here and it seems like it’s been a while since they managed to get anything right. Still, I hope things are still on track for development there if for no other reason than I don’t want to have to wait longer than the four-year release deadline stipulated in the original agreement.