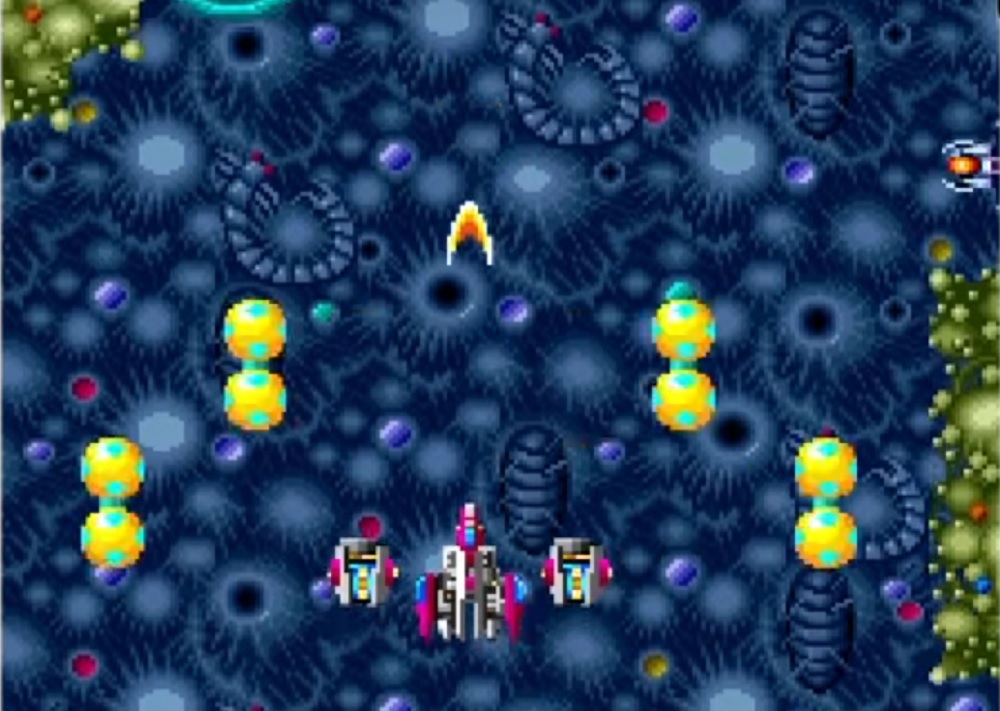 It was acceptable in the ’80s

Originally hitting the arcade market in 1988, Armed F (also known as Formation Armed F), is a vertically-scrolling shmup in which players guide the Vowger RC30 spaceship into a deep space anomaly – Point X1Y7Z94 – which has suddenly opened in the galaxy. What will be found on the other side of this black hole? (Hint: it’s aliens and shit).

Armed F follows the tropes of your standard shmup; patterned enemy attacks, power-ups and weapon variants, and multiple stages guarded by monstrous bosses. It’s actually a pretty slick title, with great music and brash, colourful visuals, even if the Vowger isn’t quite as smooth and slickly controlled as other shmup battleships.

Armed F is available to download now on Nintendo Switch, priced around $8.