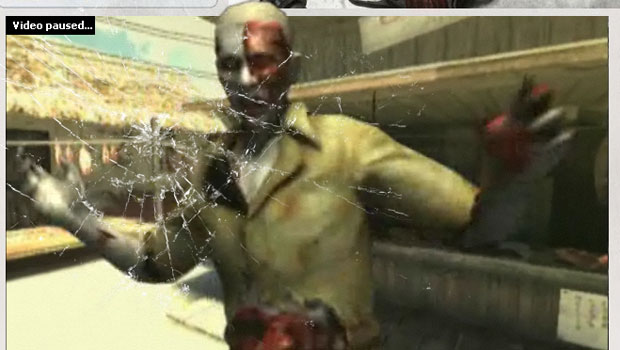 Capcom knows that standard trailers are so last year. You sit back, some stuff happens on the screen, and then it’s over. Maybe you see some gameplay, maybe you don’t. Neat.

So the publisher has teamed with GameTrailers to provide something different for Resident Evil: The Darkside Chronicles — an “interactive trailer.” What that means, exactly, I don’t want to give too much away. But it gets messy, I’ll put it that way. Stick around and watch the whole thing, for sure.It lives on GameTrailers, so head on over and check it out.

The Wii-exclusive Resident Evil: The Darkside Chronicles lands in stores next Tuesday, November 17.

(Note: There are no plans for an interactive “Hey Ash, Whatcha Playing” as far as I know… but maybe if you ask Anthony and Ash nicely, they can work something out. Okay, probably not.)