Clicking on static text has never been so exciting

Narrative games may be a small niche within the gaming industry as a whole, but there’s an even smaller subsection of the genre that a lot of gamers don’t know about: interactive fiction also known as IF. With the exception of some UI upgrades or a musical score, the vast majority of IF is just simple text on a screen that the player clicks through. It exists in the space between my two favorite things: literature and video games. Technically interactive fiction got its start in the late 1970s with text adventures like Zork, but now the world of text-based games has taken on a whole new life.

I’ve always dabbled in the world of IF, but when I came across this thread on Twitter, it reminded me that the community surrounding this genre is more active among the writers and narrative designers in games than one might think.

I love interactive fiction for a few reasons, chief among them being that I love reading, but also because IF does something that a vast majority of games do not — it puts story above gameplay. I know this is kind of sacrilegious in the games space, but in the world of IF, interactivity is used more for artistic narrative expression than anything else. 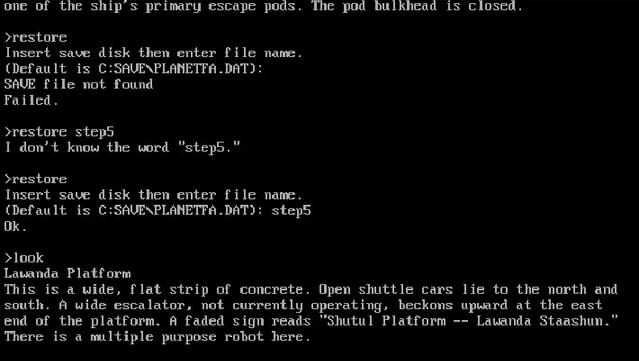 This one is really growing on me

Take the piece titled “growth” by Liz England, for example. I recommend playing it (it’s short, like two minutes tops) before you proceed, because I’m about to spoil it.

It starts with the player finding a growth on their hand, and gives them a few options like “Call a doctor” and “Call a friend.” As they start making these choices, however, they realize that nothing they can do will really help to make the growth go away. The choices soon become more and more unhinged, and eventually end with the player cutting off the growth themselves, which they then realize is their thumb.

I love “growth” because it’s essentially an interactive poem that meditates on losing control of your thoughts. It’s short and simple, but it does a great job of illustrating how quickly we can devolve into our own intrusive thoughts. The twist at the end of the growth being your thumb all along is a jarring return to reality, and has a twinge of silliness to it.

“growth” is also a great example of how IF uses a lack of autonomy in its favor. You can click on the options in any order you want, but ultimately, you will always arrive at the same conclusion. Not to go all textual analysis on you, but it ties into the narrative so well because the player character can’t even stop sawing off their own thumb even when they want to.

A lot of gamers seem to have come to the conclusion that if your choices don’t matter in a narrative game, then the game is poorly designed. What these players mean, of course, is that they want their choices to alter the game’s narrative in a way that feels noticeable.

The irony here is that choices never really “mattered” anyway, because until we have AI and procedural generation that’s strong enough to create a story on the fly, developers and writers had to create every possible scenario that the players could encounter. It’s much less about players having real control than it is making them think that they do.

Another must-play in the IF genre that also illustrates this point beautifully is “The Writer Will Do Something” by Matthew S Burns and Tom Bissell. The premise is that you’re playing as a games writer who’s sitting in on a meeting for the AAA game that they’re working on. Not only is this game hilarious, but the whole bit is that no matter what the writer says or does, the outlook of the meeting keeps getting bleaker and bleaker, and the executives are convinced that “the writer will do something,” hence the title.

It’s an eerily accurate depiction of what it’s like to make games at a big studio (unsurprising considering Bissell worked on franchises like Gears of War and Rocksteady’s Batman), but it’s also effective in using choices that don’t change anything to make you feel increasingly hopeless and dejected.

Making your own IF 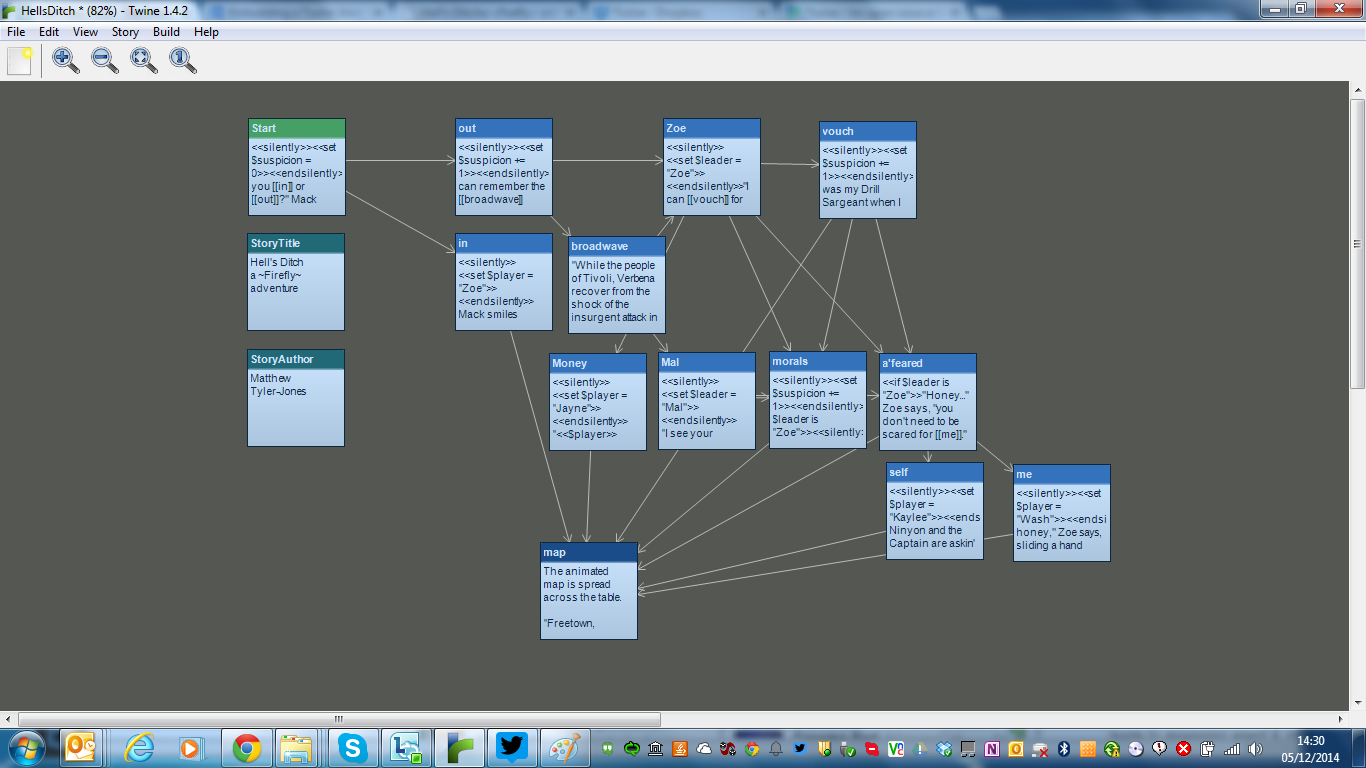 The other awesome thing about IF, especially for those who are just getting started as writers, is that the tools to make them are really accessible and easy to use. The two most popular are Twine and Ink, both of which can be ported to Unity and have also been used to create commercial games. They’re both open source as well, so they’re free, have active communities, and the companies behind them are always working hard to improve the software.

My personal favorite is Ink because it’s a custom scripting language, so there’s a lot of functionality there. However, if you’re more of a visual learner, I recommend Twine because you can chart your whole story with boxes and arrows that connect all the pieces.

I’m only scratching the surface here of what IF can do, so if any of this sounds interesting to you, I’d encourage you to check it out. There’s a whole world of interactive storytelling out there that runs the gambit of experimental, emotional, weird, exciting, and beautiful, and while I love a classic gaming experience, interactive fiction will always hold a special place in my heart.