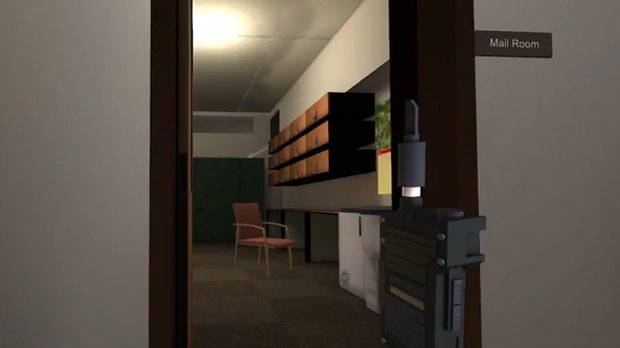 The realistic-enough first-person shooter Intruder has a new developer video up detailing how voice communication works and OH MAN this game finally has textures! Everything prior to this has been an untextured white-out of a game, but now there’s finally some color and guns looks like guns! That’s just as exciting as what they’re actually demonstrating in the video.

Intruder uses “3D voice,” which means that you can’t hear a teammate talk to you unless you’re within a close proximity. Whispering is also important, since enemies can also hear your voice chat. There are also walkie talkies that allow direct communication across maps, but you need to be holding them in order to use them; your gun cannot be out while using walkie talkies.

Now, just don’t be a jerk and use Ventrillo or something instead of the in-game voice.