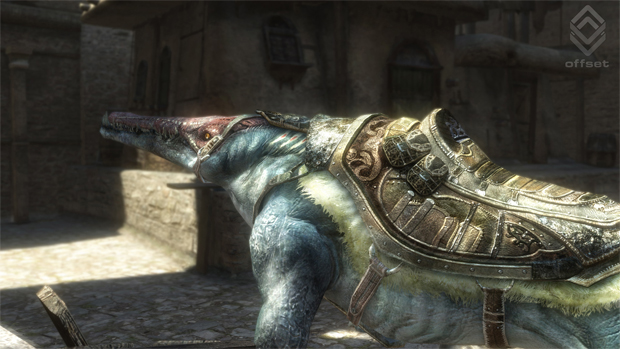 Before we jump into this, let me catch you up to speed. It’s my job to obsess over these sorts of factoids, and even I had forgotten about some of Project Offset‘s history. Every time the first-person fantasy game is shown in any capacity, it looks absolutely gorgeous.

Problem is, we have little reason to believe the game will ever be fully released. It seems a fair amount of people were speculating that Intel (who owns developer Offset Software) wanted to use the jaw-dropping game to pimp its now-canceled Larrabee graphics chip.

Big Download got in contact with Intel to see if that means even worse news for Project Offset, but apparently it doesn’t; we can “expect an update in 2010.” I suppose the update could be something along the lines of “sorry folks, we scrapped it,” but I’d like to think otherwise.