[Last week, we asked you to comment on the meshing of videogame consoles with other forms of entertainment. This promoted blog for the Integration Bloggers Wanted topic was written by meteroscrap, who argues in favor of a consolidated home entertainment center. Want to see your own blog on the front page? Write a blog on the current topic: Online Passes. — Jordan]

Quick question: When’s the last time you actually watched an episode of your favourite show on TV with that funny-shaped cable that goes into the back? You know, the thing shaped like the SNES and Genesis TV-connection thingy. I’m asking because I assume anyone technical enough to be on Destructoid and remain interested is probably technologically savvy enough that the idea of being bound to a weekly TV schedule feels a bit like using flint and steel to light a fire.

Personally speaking, I use my a combination of PS3’s Crackle, Xbox 360’s Zune, and good ol’ fashioned TiVo for anything I’d care to view. Crackle gives me access to a bunch of fine movies, Zune allows me to pick up entire seasons of Mythbusters or Top Gear (the UK version, not the crap US version) or whatever on the cheap, and in the worst case scenario I’ll use my TiVo to record a program to watch later if I absolutely MUST rely on cable for my entertainment, however tangentially.

Having to actually rely on an RF cable for my entertainment feels evil, blasphemous. Like I’m betraying some higher power. 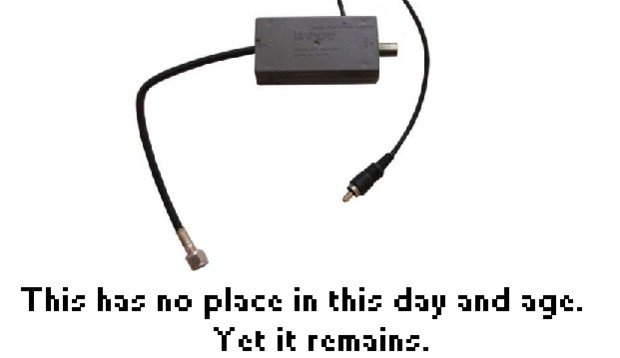 Personally speaking, I can’t stand having to schedule my life around a piece of entertainment I like. Ever since the concept of the DVD Season hit the market, I stopped watching my TV shows on the TV networks. Lost? I avoided talking about it and caught up in a marathon session once a season. Doctor Who? I wouldn’t even know it existed without DVD boxed sets, and those are just the precursors to what we have now.

Entertainment on demand. TV that finally matches up to the promise of a golden age. An age where the entertainment you view is not dictated by the schedules of forces beyond your control. Entertainment when you want it, how you want it, and tailored to your requests. A golden age promise made which was fulfilled by video games over thirty years ago.

When I was a child, my entertainment was much like my entertainment today: On demand. I was born in 1984 and the two things which kept me entertained were my NES and my VCR. If I wanted to watch a cartoon, BAM! Bambi or Looney Tunes in the VCR. I wanted to try to kick the Shadow Warrior’s ass? My buddy was on his bike and five minutes later, we were ploughing through Double Dragon 2 once more.

TV schedules were something I was annoyed by, growing up. Not something I got used to. When Seinfeld came on, it invariably led to me turning off my SNES so my parents could watch their stupid show at the stupid time they needed to watch it, no matter how close I was to kicking M. Bison’s ass.

Then again, in the days of old… People did a lot of stupid crap because TV said they should. Like buy TV Guide. 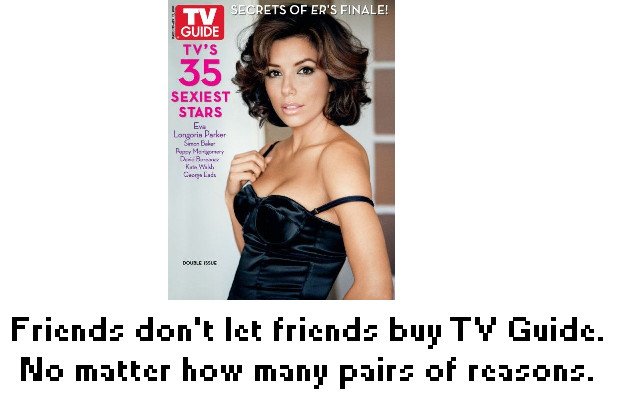 I think that in this day and age, emerging services like Zune and iTunes are providing a serious boon to the entertainment industry by making entertainment viewable not only when people want it, but doing so at an affordable price. Which is a barrier I think will allow people to overcome a lot of inhibitions about specific forms of entertainment.

These days, on-demand content is a lot cheaper and infinitely more convenient on the various streaming services for consoles, and I think that’s a good thing. Anime seems expensive to us now (and admittedly, paying forty bucks is expensive compared to other, western series), but relative to what was available ten years ago, we’ve never had it better. We live in an age where what we want to watch is available whenever we feel like it, and it costs us less than even someone working minimum wage earns in an hour to be entertained for an hour.

I mean… Anime never really grabbed me in highschool, and a lot of that had to do with the price. The one series I did succumb to was Ranma ½, and at the time Viz Media was charging something stupid like $29.99 for three episodes. The shop I went to diligently ordered each VHS for me as they became available, and I diligently paid the cost for each tape up until the series concluded. I’m not going to do the math for you, but the series had a staggering number of episodes and I had to work a lot of hours at minimum wage to afford them. 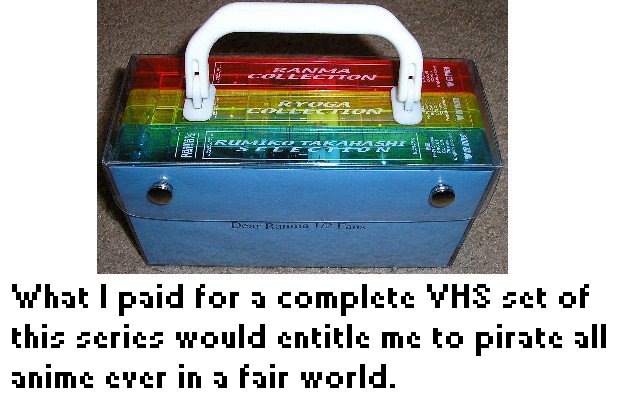 The integration of consoles into the multimedia home entertainment center of today is fantastic. Having a couple small units on my entertainment centre which not only can play my games, but show me any movies or TV shows I’d care to watch is a fantastic convenience, beneficial not just because I can watch it when I want, but because doing so has never been more affordable, even for anime fans.

Including more services on our consoles does not dilute them, it just expands their horizons. And for the console gamer, those horizons have never looked so beautiful as they do right now.

It’s a simple, easy request, and whichever console manufacturer panders to that side of the market the most will not only help bring non-gamers over to the dark side, but they stand a good chance of winning the war for the next console generation before the first launch titles are announced.