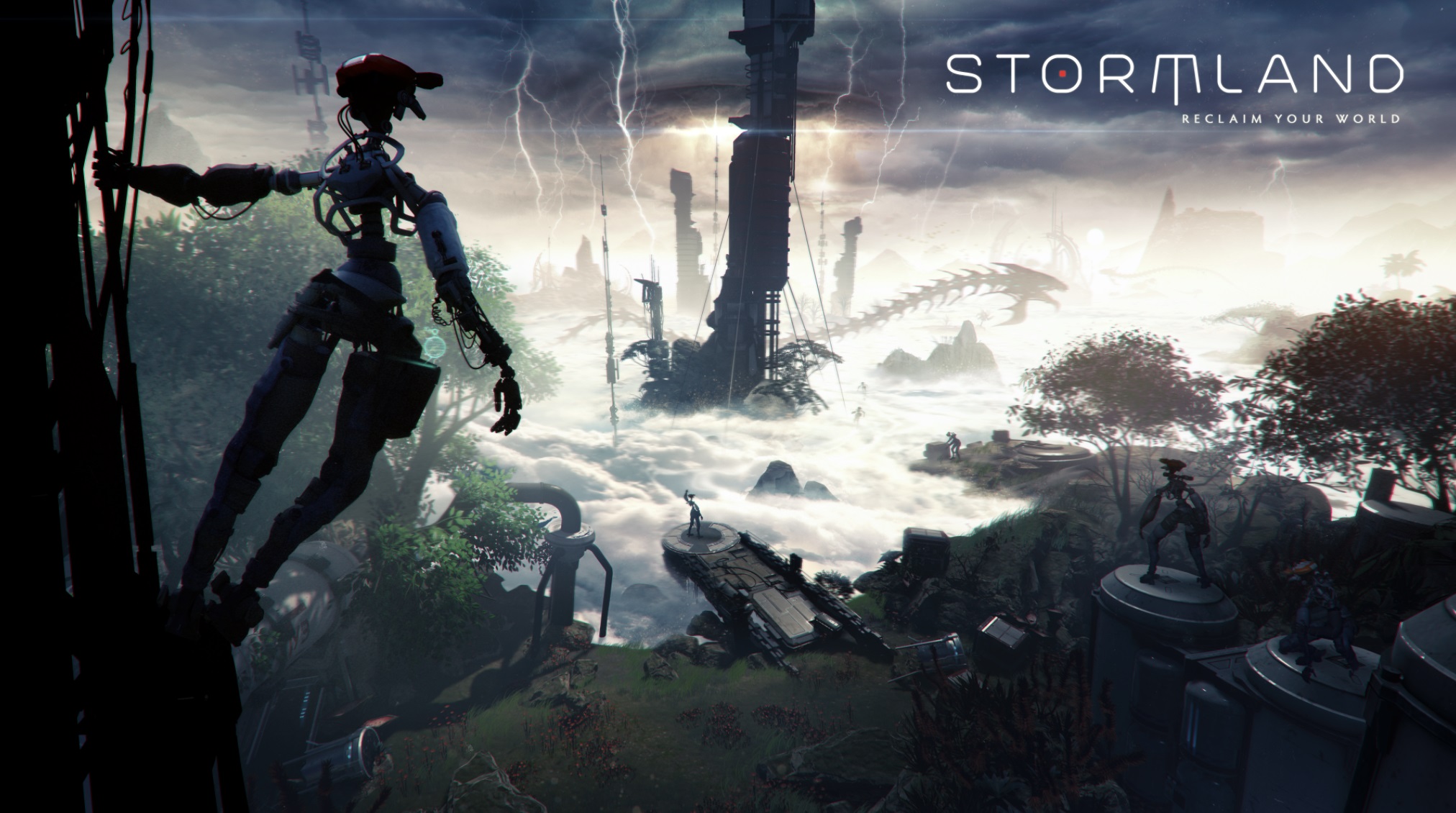 Coming to Oculus Touch in 2019

The reveal comes via this three-minute announcement trailer. It does its job in introducing us to this lush-yet-mechanical world. Robots seem to be the only inhabitants despite there being plenty of vegetation.

As for style, the trailer kind of puts equal emphasis on movement and shooting sections. Insomniac calls it as an action-adventure game with the structure of first-person open-world exploration — all in VR.

Because the trailer leaves us mostly to our own inferences, here’s how Insomniac describes Stormland in a press release: “You’re an android gardener on a lush alien planet, but The Tempest shattered your android body. Now you must journey through an ever-changing cloudscape to augment yourself and save your friends. Explore an expansive world with complete freedom — bound up cliffs, glide across chasms, and fly through the slipstream with velocity. Detonate explosives, harness electricity, and wield makeshift weapons to overcome titanium sentries and monolithic guardians. Play single-player, or explore forgotten ruins together.”

Stormland is currently set for a 2019 release on Oculus Touch. But there’s a pretty big video game convention next week, and I bet we’ll learn more about Stormland then.