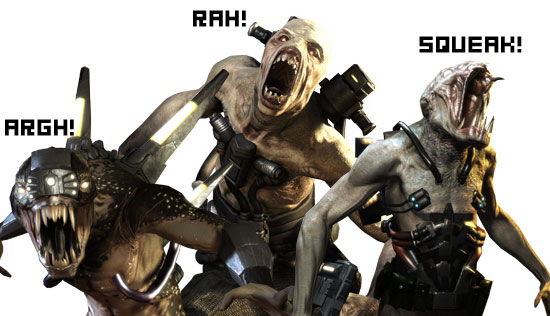 Just because Insomniac’s latest title, Ratchet and Clank Future: Tools of Destruction, is in the can and on the shelves, that doesn’t mean they’ve forgotten about them there Chimera. Insomniac’s other PlayStation 3 title, Resistance: Fall of Man, is getting its sixth patch, as well as some new content.

Revealed in the latest episode of their Full Moon Podcast, patch number six will not only be re-balancing weapons, but will also include — brace yourselves — a new screenshot taking function. Paying attention to the competition much, eh? Additionally, a Clank backpack, Magna boots, and Ratchet’s as bangles are being release for use in Resistance multiplayer (via MyResistance.net).

Aaron and I had a chance to chat with Insomniac’s James Stevenson recently, and you should be able to hear our full “interview” in the next episode of Podtoid. Keep your pants on.