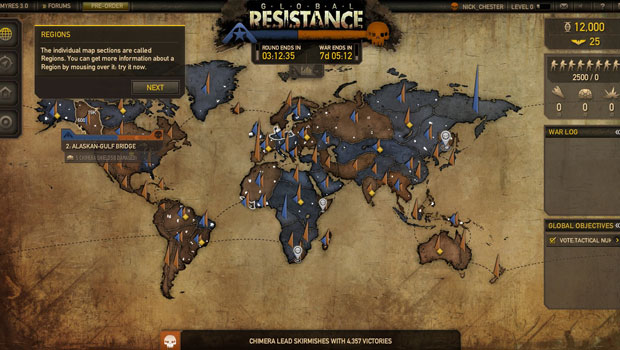 Insomniac Games has launched a browser-based game called Global Resistance. The title will tie-in to the upcoming Resistance 3, giving players the opportunity to garner a number of in-game rewards.

Global Resistance has players choosing a side — human or Chimera — and building up bases and deploying troops in a “global struggle for control of the world.”

It seems like a neat little game, and I’ve already unlocked a handful of Resistance 3 concept art having put only a few minutes into it. You’ll also be able to earn cooler stuff like in-game character skins for multiplayer, XP boosts, titles, and more. Check it out now, because you’ve got nothing else to do until September, when Resistance 3 ships.