The differences between Resistance 2 and Resistance 3 are stark, immediately noticeable as the game begins. In fact, even compared to Fall of Man, Resistance 3 has an entirely unique vibe. While Resistance 2 seemed to shed its focus on atmosphere for relentlessly bombarding players with over-the-top battles on a grand scale, Resistance 3 isn’t worried about taking a breather to set the mood.

Oh, and those crazy inventive guns that I used once or twice before falling back on typical standby weapons? I don’t know what I’d do without ’em now.

After playing through the first few hours of the upcoming shooter, I’m confident after some missteps with 2008’s sequel, Insomniac Games is back on track to deliver with Resistance 3. 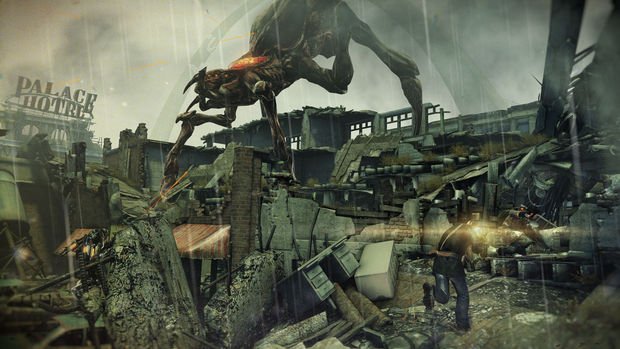 The opening sequence of the game finds the player in an underground settlement organized by humans in the midwest, more specifically, Oklahoma. Unlike in Resistance 2 — where players were almost immediately given a magnum and pushed, kicking and screaming, into battle — Insomniac sets a tone. The game’s protagonist, former Sentinel soldier Joseph Cappelli, has shifted his focus from actively eradicating the Chimeran menace to simply surviving. Along with a cluster of human survivors, he lives a simple with his wife and kid, sheltered from the perilous threat of the Chimera.

The first few minutes of Resistance 3 I spend simply exploring. Capelli exchanges pleasantries with his wife, who has just woken him from a nap. His son still lies asleep, motionless in nearby bed, and Capelli reaches over and touches him tenderly. I make my way around the subterranean camp and I see how people are living, and it’s a life, but certainly not pretty. A man sleeps on a tattered couch, a mangy dog napping on his chest; a young boy plays with an old wooded train set by candlelight; 50s music crackles softly from a nearby radio. 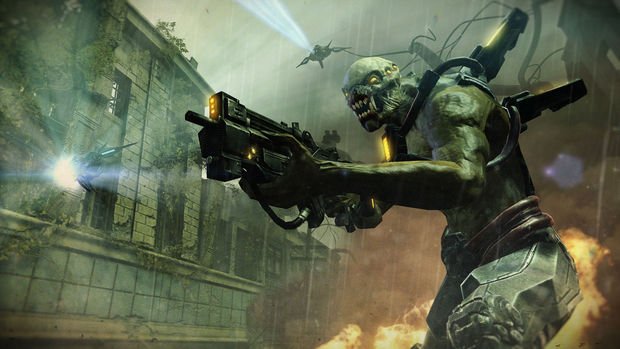 After spending some time wandering and rubbing elbows with my fellow survivors, when I finally do have to pick up a gun to defend my home, I’m already invested in the world. I want to protect my home, my family, my friends. Insomniac, as is it’s specialty, has provided a slew of curious and enjoyable firearms to do so. When I first pull the trigger on the Bullseye, a weapon that’s been a staple of the series since Fall of Man, it’s clear that Insomniac means business here.

Every gun feels heavier and more substantial than they have in either Fall of Man or Resistance 2. It doesn’t feel like you’re playing with some cool toys — it feels like you’re holding weighty, threatening instruments of execution.

When it comes to weapons, Insomniac consistently come up with the most inventive in gaming, whether it be in Resistance or its Ratchet & Clank games. But I found in previous Resistance titles that I shied away from the more exotic weapons, simply because it was easier (and sometimes more effective) to stick to what I knew. In Resistance 3, I’ve found more reasons to explore, thanks in part to not only how the weapons function, but how the enemies behave.

Take the Bullseye, for instance. This weapon’s secondary fire acts as a “tag,” which all bullets will then follow, whether that be up, down, behind you, and even around corners. The Chimeran longlegs, which jet briskly around the environment, seem designed to be kill primarily with the Bullseye. When shooting at tagged objects, you’ll even see a distinct trail showing you were your bullets are headed. Even some of the game’s new weapons, like the electric-bolt-shooting Atomizer, were incredibly useful in battle. This gun’s secondary fire lobbed a small gravity well that pulled in enemies from all directions, making it key for a number of “last stand” situations I found myself in. 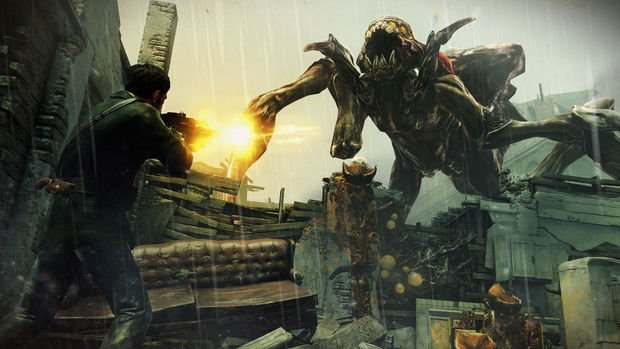 Weapons are also upgradeable through use in Resistance 3. The upgrades appear to be automatic, and will happen without any input from the player outside of killing Chimera and killing them often. The weapons I encountered in my preview and their upgrades (for both primary and secondary fire) are as follows:

Thankfully, Insomniac has also brought back its “weapon wheel,” which pauses the action and allows players to thoughtfully choose weapons on the fly. This also means that you’ll be able to keep on you all of the game’s wild guns at any given time, unlike the frustrating “choose two” nonsense of Resistance 2. I also noted that the default controls have a more traditional first-person shoot mapping — clicking the left stick sprinted, the circle button crouches, you’ll throw grenades with the left trigger. This compared to Resistance 2‘s left trigger to run (and also crouch!) and the circle to throw grenades. While you were able to remap the controls (and all of this comes down to personal preference, of course), I think it’s smart for Insomniac to adapt to more the more traditional scheme.

Resistance 2 wasn’t perfect, but not a bad game by any stretch of the imagination. But did seem to be a disappointing departure away from the direction Insomniac seemed to be going with Fall of Man. Resistance 3, on the other hand, seems like a giant leap in a direction that fans of the series (and first-person shooters in general) will appreciate when the game lands on September 6.