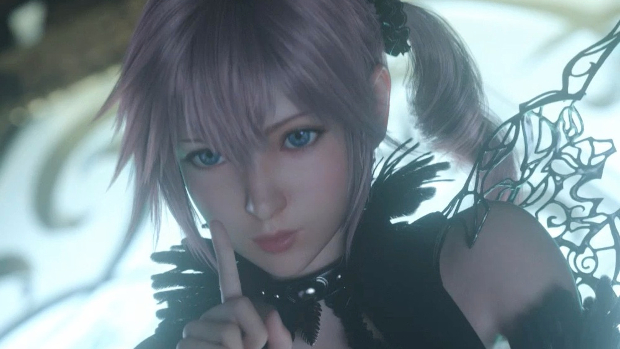 I hear he is supposed to be Turkish. Some say his father was German. Nobody believed he was real. Nobody ever saw him or knew anybody that ever worked directly for him, but hearing these Square employees tell it, anybody could have worked for Nomura.

This second behind the scenes look at Lightning Returns talk about Nomura’s designs and dovetails into the world and score.

A monorail will ferry you between the game’s four island settings, seemingly at will. We’ve seen a lot of the Mardi Gras excess style island in previous trailers, but some of the other locales shown off look rather neat, like the quaint, quiet town where everyone is calmly waiting to die.

Also, Chocolina sighting! Yes! Oh, and the outdoorsy Wildlands looks to have ramps. Maybe you can pull off some sick chocobo jumps?