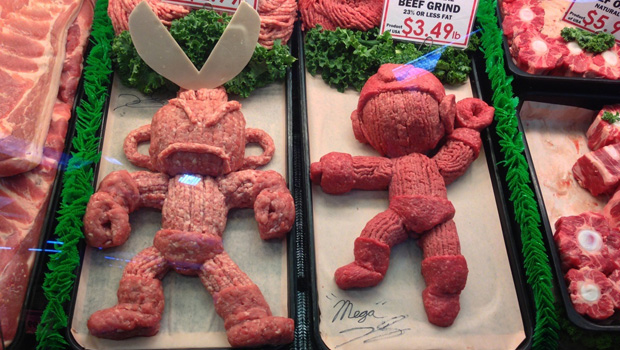 You’ve crossed the fans for the last time, Capcom! How DARE you infiltrate the Uwajimaya Asian grocery store in Seattle and reshape the deli meats to resemble Mega Man and Cut Man instead of using all of that wasted time to actually make a new Mega Man game! Damn you, Capcom! Damn yooooooooooooou!!!

On a toooootally unrelated note, anyone want to join me on a pilgrimage to Uwajimaya during PAX Prime week?