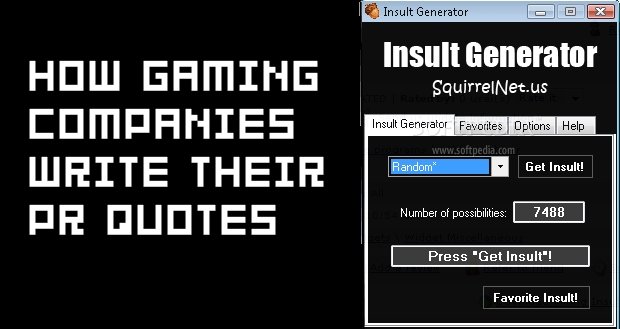 Crap, did I forget to change the headline? Well, you’ll just have to make one up yourself. See these little quotes with one gaming company dissing another come along every week or so and coming up with a new title every-single-time is just far too much work, and I’ve only been at this for two weekends. Last week it was Sony badmouthing the DSi, now it’s Nintendo badmouthing Sony, not to mention laying down some absurdities about offering better online than LIVE.

Nintendo’s President and COO of Nintendo of America Reggie Fils-Aime was asked about the current competition in the gaming market and what worries him about the PS3 and 360. In response he said, “What worries me, if I would focus in on Microsoft, we’ve always looked at what they’ve been able to do from an Xbox Live standpoint and we constantly want to say, ‘What can we do to be better than Xbox Live?’…It’s a little hard [to say something nice about the PS3]…They’ve got some great games that they’ve been able to bring out, they’ve been able to get some fantastic content. But, you know, you look at the results and clearly they’ve got some challenges.”

Damn Reggie, coming down hard on the PS3. Way to kick ’em while they’re down. Strange that most of that quote isn’t direct though. Anyway, the more ridiculous thing here is that Reggie believes that Nintendo can do anything at all better than Xbox LIVE. Their entire online system is lacking. Maybe the first step is to get it right, then try to beat the competition, hmmm?