Ever hear someone name-drop an old video game and then immediately feel an irresistible impulse to stop what you’re doing, seek it out, and see how well it holds up? Hey, me too. What a coincidence!

Yesterday, in light of Frontier’s upcoming Planet Zoo, the Destructoid staff got to chatting about simulation games we wished someone would make. (Here’s a freebie courtesy of Occams: a thoughtful museum sim in which you design and curate exhibits. Neat, right?) Our conversation took some detours and, at one point, Chris mentioned PopCap’s fish-raising click-’em-up Insaniquarium in passing.

At that moment, my brain was struck by nostalgia lightning. I needed to play it right then and there.

And so I did! After learning that 1) there sure are a lot of sketchy browser-based knockoffs and 2) somehow I never got the game on Steam or Origin or seemingly anywhere else (???), I bought Insaniquarium Deluxe. It was five bucks well spent. Case in point, it’s been 24 hours and I’ve only now managed to mentally tear myself away long enough to escape the game’s siren song. It’s taunting me. 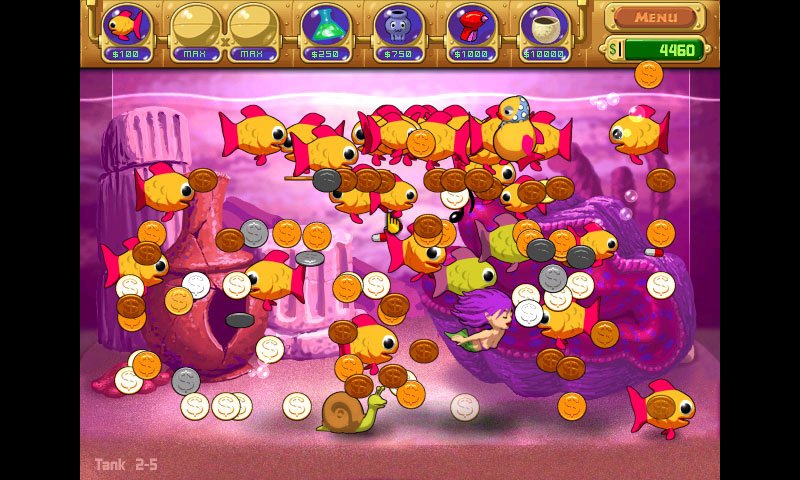 If you’ve never played it or your memories are hazy, the structure goes a little something like this:

Feed your fish – but not too much! Watch them grow. Snatch the coins they drop. Buy loads more fish. Fend off freaky alien invaders. Upgrade your blaster. Spend your life savings amassing so many guppies, they no longer exist as individuals with hopes and dreams and instead morph into a single screen-filling legion with no beginning or end. Beat the level. Unlock a new helper. Then happily do it all again.

A decade-and-a-half ago, Insaniquarium was an intoxicating little puzzle game. In 2019, it still slaps.