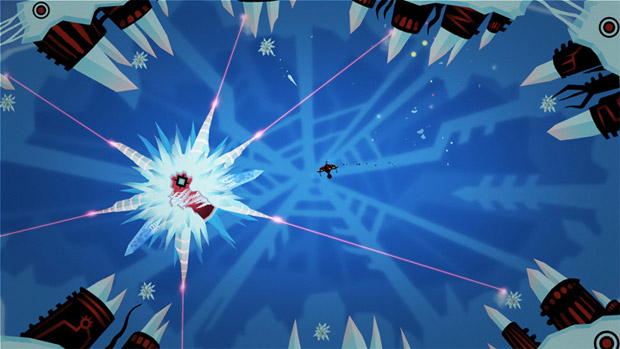 In a short two weeks, one of the most visually pleasing games of last year will make the jump from Xbox Live Arcade to PC. Insanely Twisted Shadow Planet is scheduled to arrive on Steam and the Games for Windows Live Marketplace at a price point of $14.99.

Starting on April 10 and leading up to this release, the Steam version will feature a 25% off pre-sale discount. The original release of the game on XBLA will also see a sale soon; look for it to drop to 800 Microsoft Points this month.

In addition to better resolutions and tweaked controls, PC gamers are getting the “Shadow Hunters” downloadable content included at no extra cost. I can’t wait to see how Shadow Planet looks on a high-res monitor. If my face melts off, you’ll know the cause.