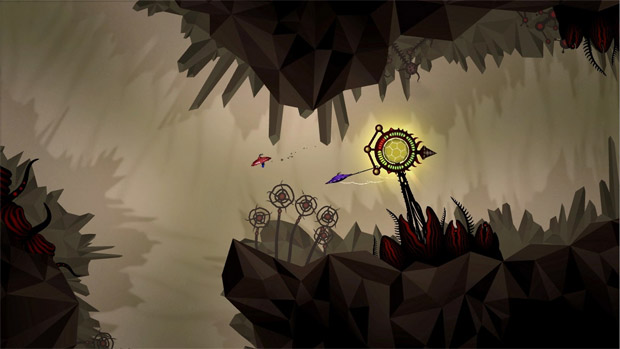 “Shadow Hunters,” the new five-dollar add-on for Insanely Twisted Shadow Planet, goes live this Wednesday on Xbox Live. For real this time. Picking up after the conclusion, this mode (1-4 players) appears to mash up various game concepts in a new way.

“We started with the exploration and puzzle elements from the Campaign,” says Fuelcell Games’ Joe Olson, “and incorporated those with the procedurally generated level and fast paced decision making elements from Lantern Run, then pushed these ideas even further…”

I enjoyed Lantern Run quite a bit, although the experience was dampened by the occasional (but persistent) griefers who would purposely sabotage the mission. Next time, guys, at least put some effort into providing creative online abuse.