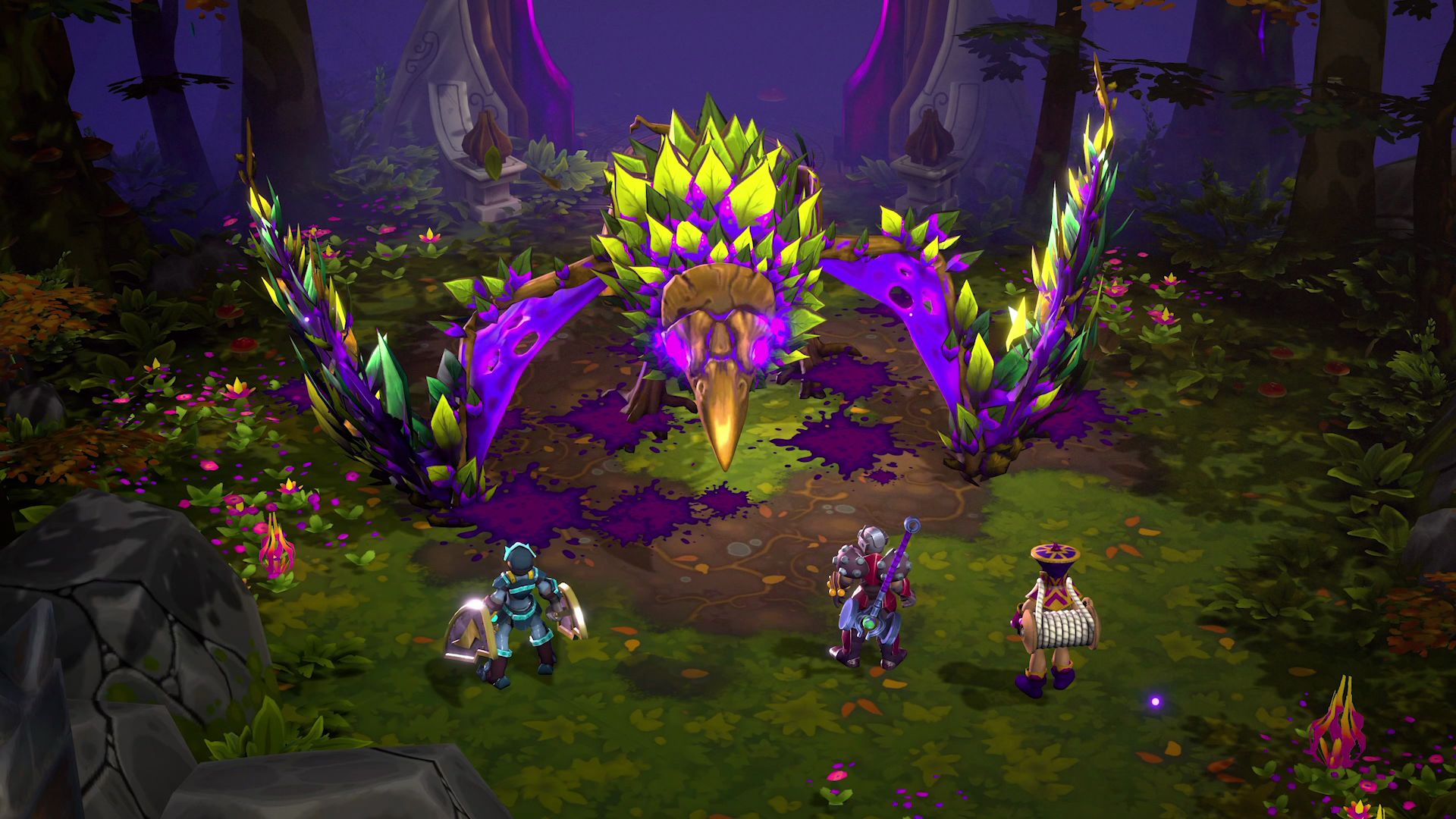 In 2020, developer Shiny Shoe solidified its status in the roguelite genre with Monster Train. The locomotive deckbuilder has been very well received, and it would’ve been easy to fall back into another one. And true enough, Shiny Shoe is making a roguelite again with Inkbound. But its tackling a different style combat, a fresh setting, and altogether interesting new challenge: a co-op rogue game.

I recently got the chance to run through a chunk of Inkbound, both in solo play and in co-op with the developers at Shiny Shoe. Over the course of a couple hours, I got a decent look at some of what the team is planning, from a seasonal structure to how its thinking about co-op options. And after all that, Inkbound has become one to watch moving into the new year.

The basic premise of Shiny Shoe’s new rogue title is that you are a Binder, who works with other Binders to maintain infinite stories against an inky malevolence. Tackling new levels involves jumping into stories, like Mario jumping into paintings. You can pick up some quests and meta-progression from the hub, establish your co-op crew if you’re playing with pals, and set off for a fresh run.

Taking it in turns

Inkbound‘s most apparent difference from Monster Train is in how combat plays out. While it’s still quite strategic, battles are played out in a turn-based manner with single characters (Binders) moving around in an arena. Each Binder has an arsenal of items and abilities, as well as movement options, metered out by an energy counter.

As the circular arena appears for battle, the players get to take their turn. Though your whole squad acts in one turn, you play out your turn in real time. It’s a bit of an adjustment at first; everyone starts using their abilities, flinging attacks and spells across the field at the enemies that have emerged. Once everyone’s spent their energy, you can pass and let the enemies take their turn. It’s a little bit of Transistor, and a little bit of Into the Breach, with abilities feeling inspired by MOBA games. 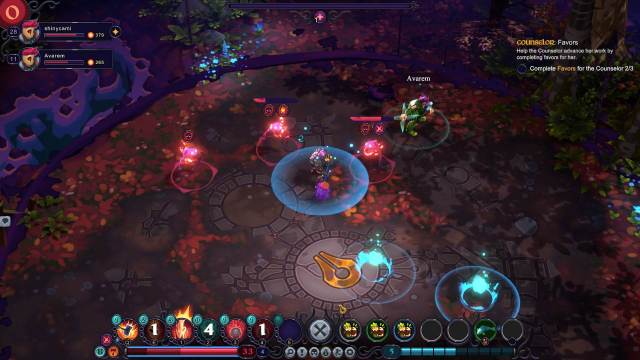 Normally, co-op might seem a little difficult, especially in a turn-based sense. But I found it was pretty easy to take things a step at a time with my developer pal, working through our potential damage abilities. I’d draw the aggro of an enemy about to hit them, so they wouldn’t take the damage while I sidestepped away. Or we’d coordinate which pockets we were focusing, or I could drop an energy-conferring flower on the field and we’d debate over when it was best to pop it for some extra actions.

I do think Inkbound‘s co-op structure will lend itself better to organized, voice chat-enabled groups that random players online, at least from what I’ve seen. But even just the concept of a co-op strategic roguelite playing out well in front of me was pretty cool. Plus, everyone gets a say in what we do, using a simple voting system to determine which roads to take at a fork. And while some items can be dropped and swapped, everyone gets to draft and upgrade abilities when they can.

The ability drafting is where the Monster Train and deckbuilding influence seeps in, and it seeps in well. Throughout a run, the player is often presented with choices to pick up new abilities or enhance current ones. A Binder can only have a limited number of skills at a time, so it’s crucial to maximize what you’re holding.

Where it gets interesting is how these skills can link up together. My chosen class was a threadweaver, who could tie strings to enemies and connect them for different effects. I decided to focus my efforts into spreading strings around as much as possible, and then enhancing my skills based on the number of strings. The more enemies that showed up, the more powerful my moves could be. 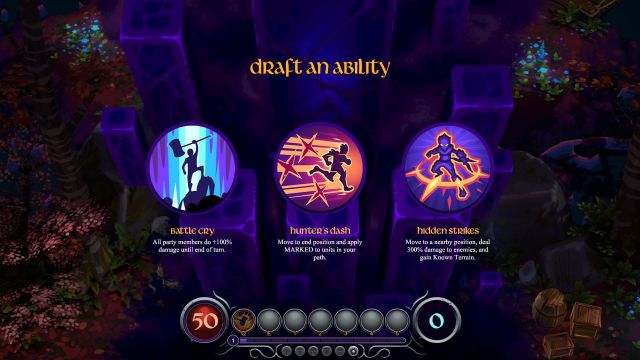 Suffice to say, I was annihilating groups near the end of our run. My cohort, meanwhile, played a nimble and deadly rogue-type, who relied on critical chance. When items dropped that could enhance their critical strike capabilities, I immediately offloaded them. There’s a ton of room for developing your own playstyle, while also working as a unit to build an unstoppable party.

Even though I’ve had the option to do a bit of solo-running, I’ve honestly got to admit, it’s the co-op that’s got me keen on Inkbound. I love theorycrafting and building up builds over the course of a run, but don’t often have the chance to do that in a social setting.

What Shiny Shoe is building really does feel like a step towards having a roguelite that a Discord group could play together, and that’s pretty nifty. It’ still a work-in-progress, with an Early Access launch slated for sometime in 2023.  Plans are currently in place to look at a seasonal model, with a pass that could grant additional cosmetics. No selling power, however. What’s here is here, and what Inkbound is looking like right now is a co-op roguelite worth keeping an eye on.